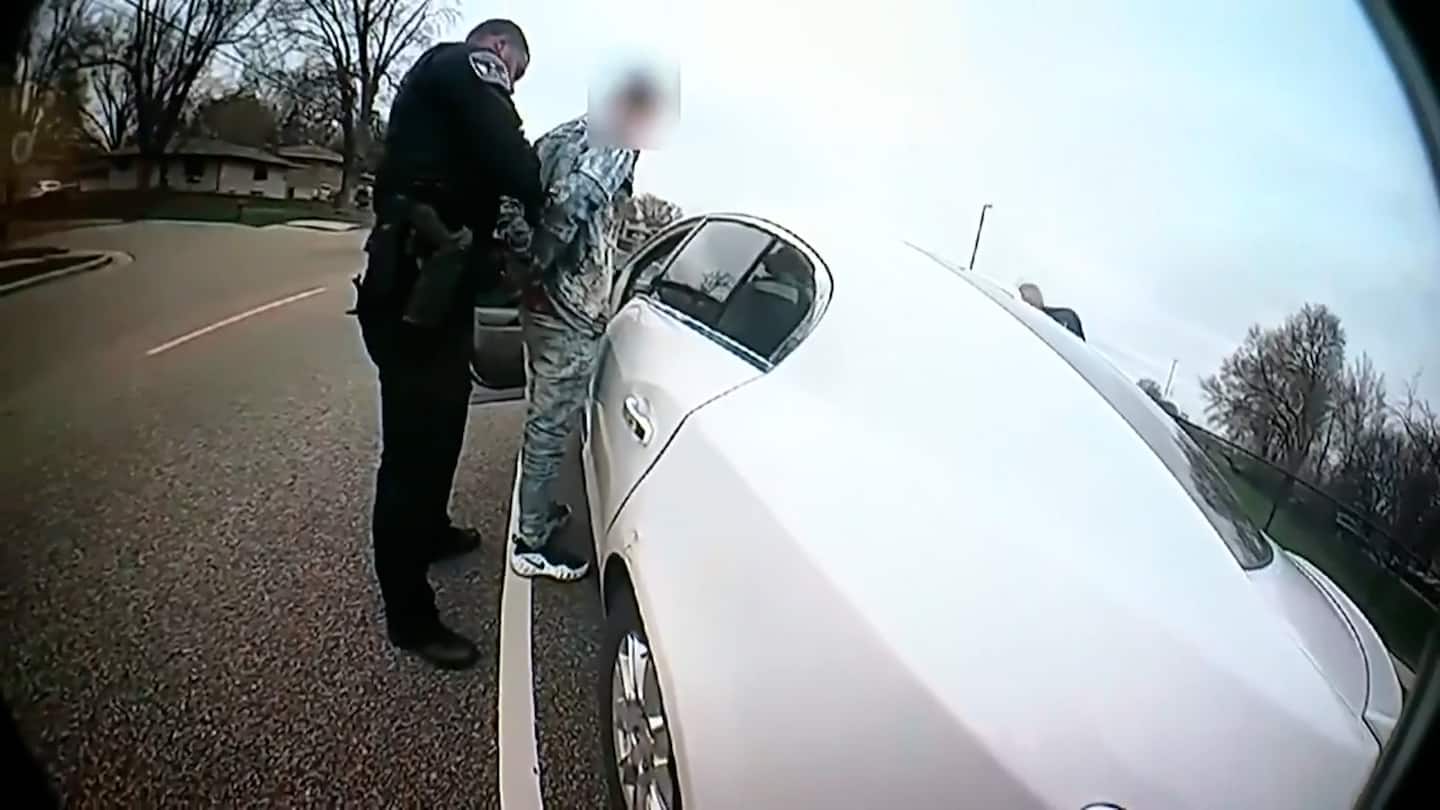 Daunte Wright, 20, was killed Sunday in the Minneapolis suburb of Brooklyn Center after he was pulled over for what police said was a traffic violation. Officers then tried to arrest Wright for an outstanding warrant before a struggle ensued and he was shot when he got back in his car. Wright managed to drive away but struck another vehicle several blocks away, and he was pronounced dead at the scene after medical personnel attempted lifesaving measures.

News of Wright’s death led to protests Sunday evening at the Brooklyn Center Police Department headquarters, and there were clashes with police and incidents of looting. The region has been gripped by the trial of former Minneapolis police officer Derek Chauvin, charged with the murder of George Floyd, whose death last year sparked a wave of protests nationwide and reckonings with the country’s history of racial oppression.

Twins President Dave St. Peter tweeted about an hour after his team’s game against the Red Sox was postponed. “Based on the events of the past 24 hours and as information has started to come to light, playing a baseball game today felt a little less important,” he wrote. “When you add a level of public safety to that, particularly the safety for fans, our planers, our staff, again we though [sic] the decision we made today was the right call. History will maybe tell us otherwise. But today, this moment, we’re pretty confident we’re doing the right thing.”

“Out of respect for the tragic events that occurred yesterday in Brooklyn Center, and following the additional details in this evolving situation, the Minnesota Twins have decided it is in the best interests of our fans, staff, players and community to not play today’s game,” the team announced Monday. “The decision was made by the Minnesota Twins after consultation with Major League Baseball, and local and state officials. … The Minnesota Twins organization extends its sympathies to the family of Daunte Wright.”

“Yesterday’s tragic event, involving the life of Daunte Wright, once again leaves our community mourning. After consultation with the League, and local and state officials, we believe postponing tonight’s game versus the Brooklyn Nets is the best decision,” said a statement from the Timberwolves, who added that both they and the WNBA’s Minnesota Lynx were extending their “sincere sympathies” to Wright’s family.

The NHL extended “sincere condolences” to Wright’s family and friends and stated that its decision to postpone the Wild-Blues game was “made out of respect for the community, following the tragic shooting.”

Brooklyn Center Police Chief Tim Gannon said Monday that the unnamed officer who shot Wright meant to use her Taser weapon but instead made an “accidental discharge” from her gun. He shared body-cam video of the incident in which the officer can be heard yelling at Wright, “I’ll Tase you! I’ll Tase you! Taser! Taser! Taser!”

After firing her gun, the officer says, “Holy s—, I shot him.”

At the White House on Monday, President Biden said he had spoken with Minnesota Gov. Tim Walz (D) and Brooklyn Center Mayor Mike Elliott, as well as with other authorities in the area.

“I haven’t called Daunte Wright’s family, but our prayers are with their family,” he said. “It is really a tragic thing that happened.”

Biden said he wanted to “wait and see what the investigation shows” and described the body-cam footage as “fairly graphic.” He also declared that while there was “no justification for looting, no justification for violence,” peaceful protests were “understandable.”

In August, after a police shooting of a Black man in Kenosha, Wis., several sports teams and leagues paused play, including the NBA, which was in the midst of its playoffs at the time. Those reactions began with an impromptu protest by members of the Milwaukee Bucks, who refused to take the court for a scheduled postseason game against the Orlando Magic.

Reading a statement on behalf of his teammates, the Bucks’ George Hill said at the time that NBA players are “expected to play at a high level, give maximum effort and hold each other accountable,” and that they were “demanding the same from lawmakers and law enforcement.”

Following news of Wright’s shooting, a number of NBA players shared their reactions, including Tyus Jones of the Memphis Grizzlies, who tweeted, “Praying for Daunte Wrights family! Another life taken from his family and loved ones [shaking my head] … wow.”

“Prayers up to Daunte Wrights family,” tweeted the San Antonio Spurs’ Devin Vassell. “Something got to give.”