Jacob deGrom is one of the unluckiest aces in baseball history 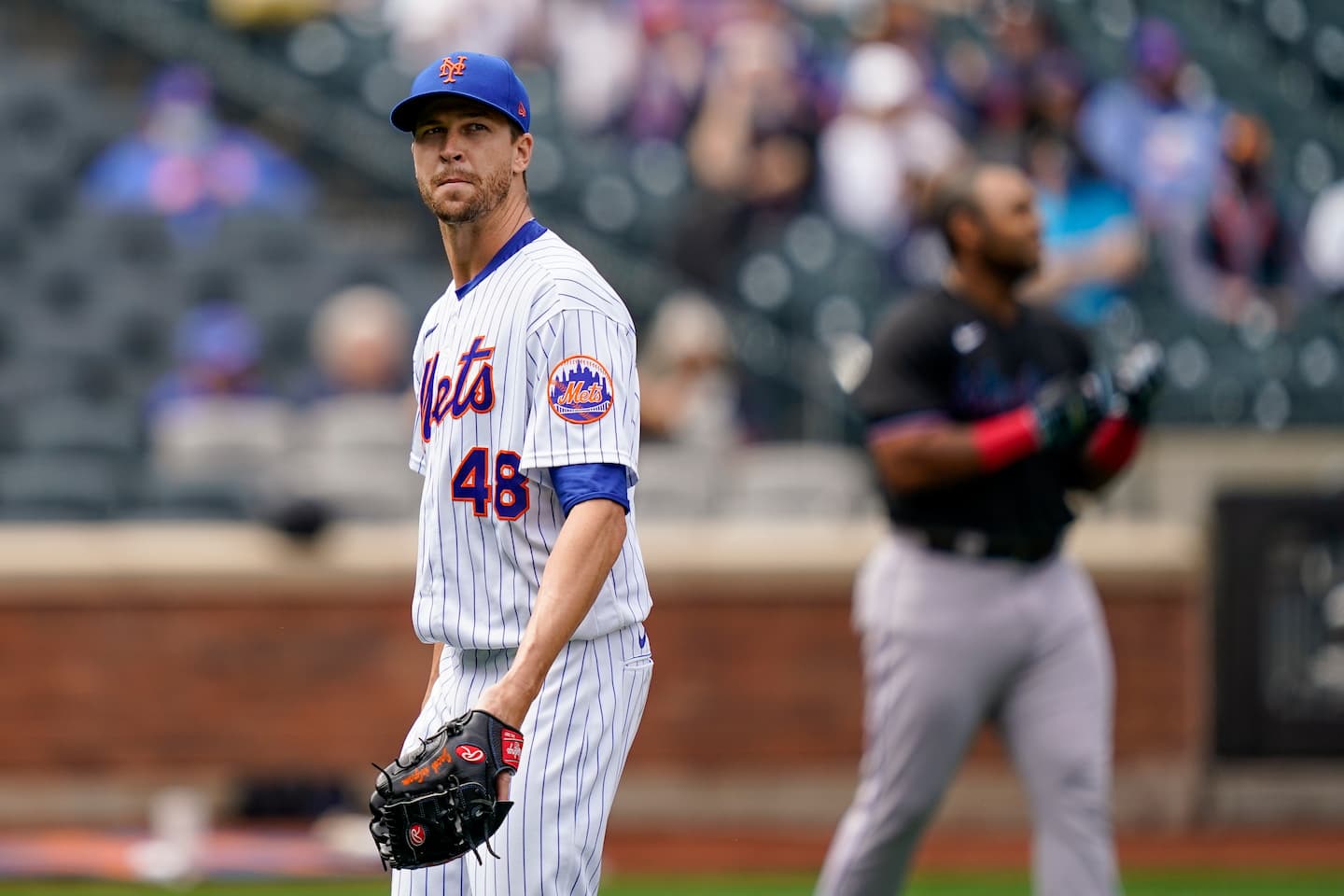 Look at his outing on April 10. DeGrom allowed a run, five hits, no walks and threw 76 of his 95 pitches for strikes against the Miami Marlins, tying a career high with 14 strikeouts over eight innings. He even produced one of New York’s three hits, yet the Mets were shut out and deGrom joined James Shields as the only pitchers in major league history to strike out 14 batters in a game, walk none, allow one run and lose.

DeGrom has often suffered this plight. Since 2018, the year of his first Cy Young Award, deGrom has made 78 starts and pitched 503 innings. Seventy-eight percent (61) of those starts were quality starts, meaning he lasted six or more innings and surrendered three or fewer earned runs. He’s struck out 649 batters, walked 110 and allowed just 115 earned runs (2.06 ERA) over that span. Yet the Mets are 36-42 in those matchups. No, that’s not a typo.

The team is below .500 when one of the best aces in baseball history takes the mound and pitches well. For context, the rest of baseball won 78 percent of games (1,646-455) from 2018 to 2021 when their pitcher delivers a quality start.

Perennial Cy Young Award contenders such as Max Scherzer, Clayton Kershaw, Justin Verlander and Corey Kluber don’t have this problem. Neither do high-priced aces such as Gerrit Cole or Zack Greinke. Those pitchers’ teams are all over .500 despite having a lower quality start rate and ERA than deGrom the past four years.

How does that happen? A lack of run support is part of it. Over the past four seasons, the Mets have given deGrom 4.1 runs of support per nine innings pitched, the third-lowest of any starting pitcher over the past four years. If he had been given an average number of runs (4.6 per data from TruMedia) in support of his 2.06 ERA, we’d expect the Mets to be 45-10 in those starts. Instead they went 36-19, nine fewer wins.

In the April 10 outing against the Marlins, deGrom produced a game score of 60 (a figure between 0-100 devised by Bill James as a rough overall gauge of a pitcher’s performance in a baseball game) but failed to get a win. It marked the 35th time since 2018 he pitched that well and failed to get a W. That’s nearly double the no-win decisions of Gerrit Cole and Trevor Bauer, the pitchers tied for second most (19 each), in starts with a 60-plus game score since deGrom’s emergence as an ace.

According to research by MLB.com’s Mike Petriello, 333 pitchers in baseball history have had at least 100 games with a Game Score of 60 or more. Only one, Jose DeLeon, had a higher rate of those games resulting in losses or no-decisions than deGrom.

The bullpen is to blame, too. The Mets’ bullpen is responsible for 31 losses in which deGrom was in position for a win but the game was blown by bullpen. The team only came back to tie or take lead in what could have been losing situations for deGrom 15 times, costing him a net of 16 wins once his work was done.

How much do those extra wins matter? In 2018 the team missed out on 11 net wins after accounting for run support, bullpen issues and team comebacks. Had those been actual wins, the Mets would have finished second to the Atlanta Braves, two games back, instead of fourth, 13 games back. In 2019 it cost them eight net wins, which could have earned them the wild card spot over the Washington Nationals, who went on to win the World Series that season. In the pandemic-shortened 2020 campaign, it cost the team three net wins and this year it has already cost the Mets two wins out of their first five games.