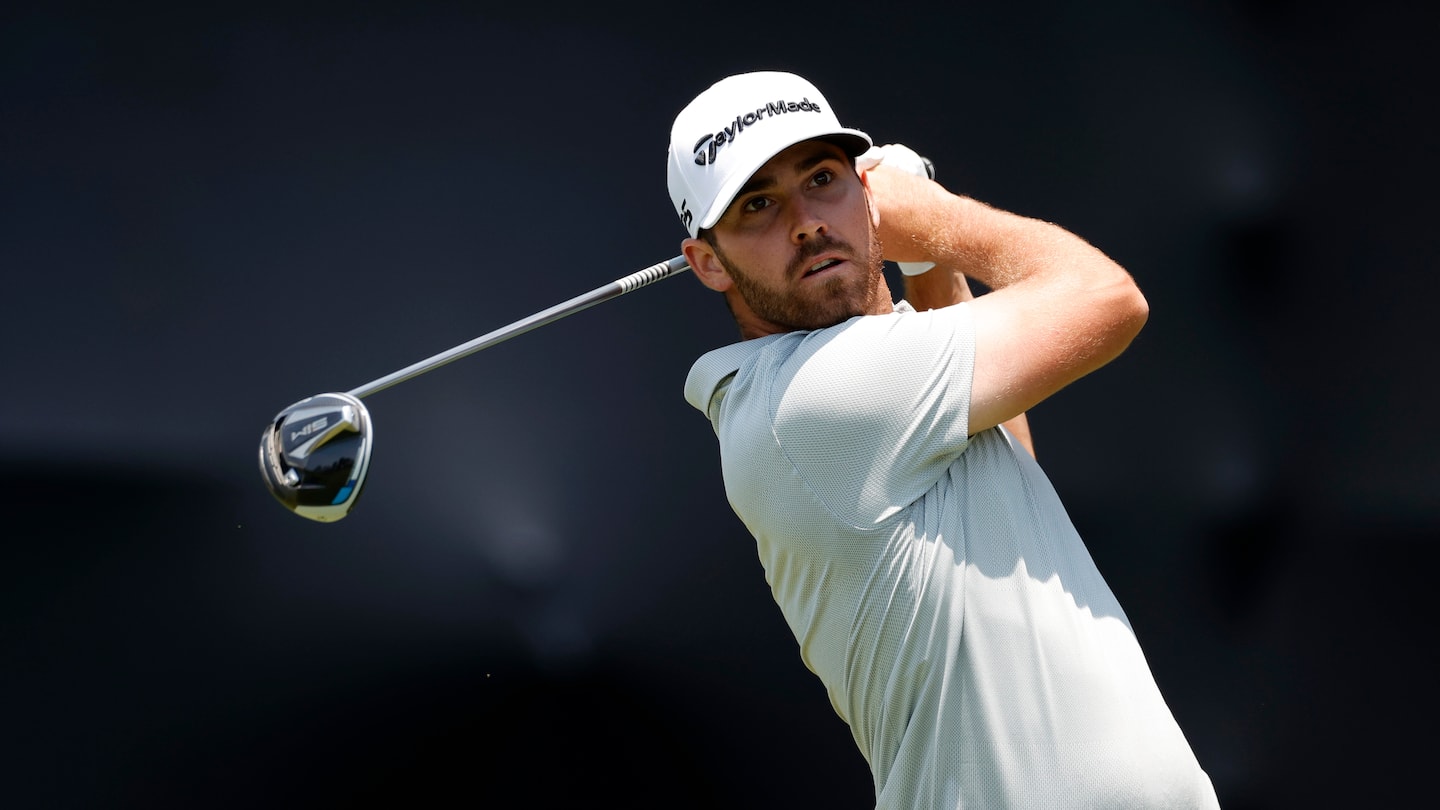 He began by thinking, “Well, I figure if I shoot 78 there’s going to be a lot of people that do it as well, so it won’t look, I won’t stand out quite as much.” Then he went about the necessary art of golf, that of rapidly forgetting the misery. When he “missed like a one-footer on 16,” for one of his two double bogeys in a round with just five pars, he said it “probably shook me up a little bit,” but then he birdied five more holes thereafter. He even graced the top of the board at 3 under par before a double bogey on No. 7, the 16th hole he played.