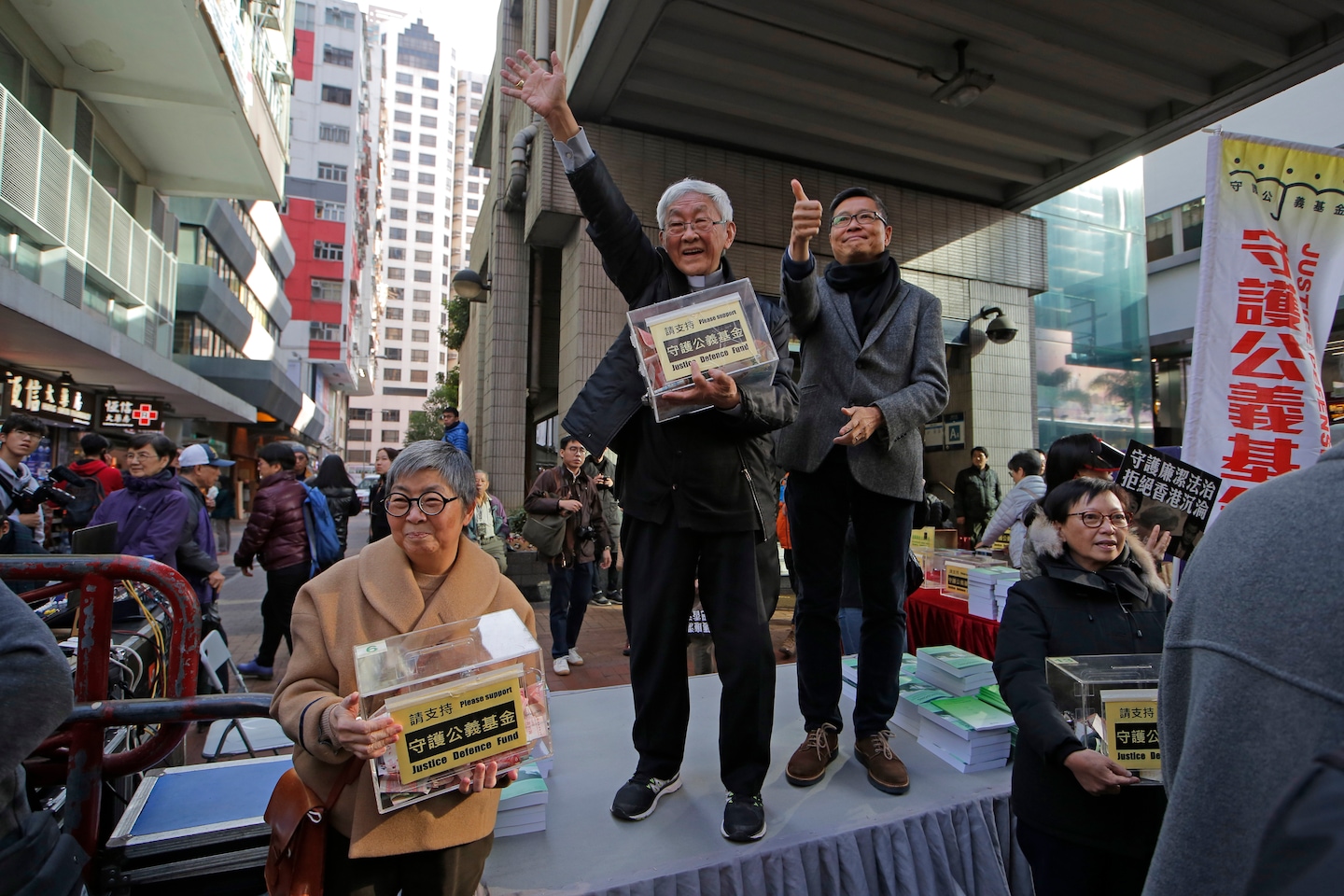 HONG KONG — The Hong Kong national security police arrested 90-year-old Cardinal Joseph Zen, the most outspoken senior Roman Catholic cleric in Hong Kong and the city’s bishop emeritus, along with three other people Wednesday for their involvement in a humanitarian relief fund, according to lawyers involved in the case.

The arrests could signal a new wave of detentions under the national security law since John Lee was elected chief executive of Hong Kong. He will take office in July and has emphasized that maintaining stability and safeguarding national security will be one of his main goals.

Zen, senior barrister Margaret Ng, scholar Hui Po-keung and popular singer Denise Ho were arrested under the security law for allegedly colluding with foreign forces by serving as trustees for the now-disbanded 612 Humanitarian Relief Fund. Three lawyers familiar with the case, who spoke on the condition of anonymity because of the sensitivity of the subject, confirmed the arrests. In a statement, police confirmed the arrests of four relief fund trustees and said all have been released on bail. The arrest operations will continue, the statement read.

Hui’s arrest at the airport “further indicates local authorities maintain a politically motivated exit ban on certain residents,” Price said, calling for the immediate release of those who remain in custody.

The Congressional-Executive Commission on China, an independent U.S. government agency tasked with monitoring human rights in the country, said Hong Kong’s government has continued to “dismantle all institutions safeguarding the rule of law and human rights of the Hong Kong people.” It urged U.N. High Commissioner for Human Rights Michelle Bachelet to schedule an “urgent discussion” and seek a visit to the city.

The relief fund provided financial assistance to thousands of protesters arrested in the 2019 pro-democracy protests and paid their legal and medical fees. The fund disbanded in September after the national security police issued a statement saying they would investigate whether the entity had violated the security law.

The arrest of Zen, which has elevated a national security issue “to the level of geopolitics and foreign relations,” is an “unwise move,” said Eric Yan-ho Lai, the Hong Kong Law fellow at the Center for Asian Law at Georgetown University.

“The arrest has neglected the already tense Beijing-Vatican relations and will cause widespread concern in the international world,” Lai said, noting that a controversial agreement between Beijing and the Vatican on appointing bishops is set to be renewed this year as the end of its two-year cycle approaches. The deal has been condemned by the United States as further marginalizing underground Chinese priests loyal to Rome.

Zen’s arrest also elicited a reaction from the Vatican. “The Holy See has learned with concern the news of the arrest of Cardinal Zen and is following the evolution of the situation with extreme attention,” the Vatican press office said in a statement.

Zen has been an advocate of pro-democracy causes in Hong Kong and a critic of the Vatican for its silence on the city’s political situation and the increased repression of churches on the mainland. In 2018, Zen vocally opposed the Beijing-Vatican deal, citing long-term damage to the church’s credibility. Two years later, Zen tried to meet with Pope Francis during a visit to the Vatican, hoping to persuade him to appoint a new bishop for Hong Kong who would be “trusted by people” and could stand firm against Beijing’s tightening grip in the region, but did not manage to meet him.

In January, the pro-Beijing newspaper Ta Kung Pao rebuked Zen, accusing him of “exploiting his role as a cleric” and saying he “meddled with Hong Kong affairs.” Zen had continued to attend court trials and visit jailed Catholic activists, including Jimmy Lai, the founder of the now-shuttered pro-democracy newspaper Apple Daily.

China has prosecuted numerous Catholic bishops, with the most prominent case being that of Cardinal Ignatius Kung Pin-Mei, archbishop of Shanghai in the 1950s, who was imprisoned for more than three decades for refusing to pledge allegiance to Chinese authorities.

Hui, a prominent academic, was arrested at the Hong Kong airport on Wednesday on his way to work as a visiting scholar in Europe. He was apprehended before his departure, according to local media reports. Hong Kong’s Lingnan University ended its contract with Hui a month before the fund ceased to operate and declined to provide details on privacy grounds.

Chico Harlan in Rome contributed to this report.