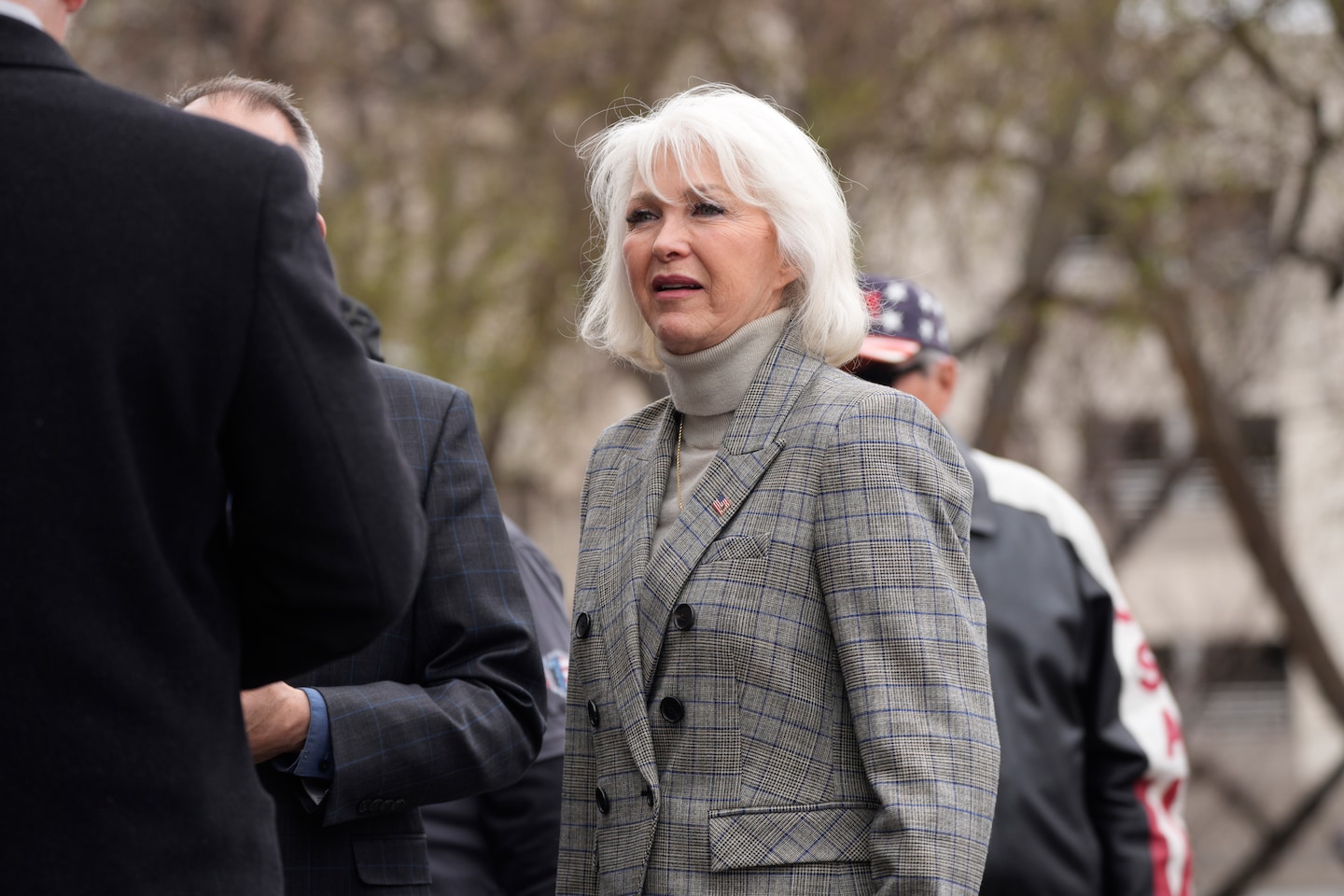 A Colorado judge on Tuesday ruled that Mesa County Clerk Tina Peters (R), a supporter of former president Donald Trump who has embraced election-fraud conspiracy theories, is barred from overseeing elections in her home county because of her indictment for allegedly tampering with voting equipment.

Peters, who is running for the GOP nomination for secretary of state in Colorado, had already been prohibited by a judge from overseeing last year’s local elections. Mesa County District Judge Valerie Robison ruled on a lawsuit brought this year by Colorado Secretary of State Jena Griswold (D) that called for Peters and deputy Belinda Knisley to be barred from overseeing this year’s midterm elections and the upcoming Mesa County primary.

The embattled clerk is facing multiple investigations, and 10 felony and misdemeanor counts from a grand jury indictment, stemming from allegations of election equipment security breach and campaign finance violations. Knisley was also indicted by the grand jury and suspended from her county position last year.

“Based on the circumstances of this case … the Court determines that the Petitioners have met the burden of showing that Peters and Knisley have committed a neglect of duty and are unable to perform the duties of the Mesa County Designated Election Official,” Robison wrote in her ruling.

Another Peters deputy named in the lawsuit, Julie Fisher, is also barred from overseeing this year’s elections, according to the ruling. Robison appointed Brandi Bantz, the county elections director, to oversee this year’s elections in Mesa County because she is “clearly more qualified” than Fisher, the order says.

Griswold, who is running for reelection in November, said in a written statement that Robison’s ruling “bars Peters from further threatening the integrity of Mesa’s elections and ensures Mesa County residents have the secure and accessible elections they deserve.”

“Clerk Peters’ actions compromised Mesa County’s voting equipment and election security constituting one of the nation’s first insider threats where an election official, risked the integrity of the election system in an effort to prove unfounded conspiracy theories,” Griswold said. “Clerk Peters subsequently refused to affirm that she would comply with Colorado election rules and laws as the Mesa County DEO.”

Peters told The Washington Post that Griswold was engaging in “political theater.”

Colorado voters, she said in a statement, “deserve more truth, more transparency from their Secretary of State and that’s why I’m running to replace the Democrat.”

R. Scott Reisch, Knisley’s attorney, did not immediately respond to a request for comment.

Peters, 66, became a hero to election deniers nationwide for embracing baseless conspiracy theories of election fraud pushed by Trump and his supporters. A county grand jury accused Peters in March of secretly copying hard drives from Dominion Voting Systems equipment. According to an 18-page indictment, Peters allegedly sneaked someone who was not a county employee into secure areas of her office last May, before and during a manual update of Dominion voting machines known as a “trusted build.” She is accused of devising a scheme to allow that person to use a security badge assigned to another person.

Peters has been under investigation since August, when the data copied from Mesa County’s machines showed up on election conspiracy-theory websites shortly after the clerk appeared at a symposium held by MyPillow CEO Mike Lindell, an election denier and conspiracy theorist.

The Mesa County clerk was charged with 10 counts, including seven felonies. Among the criminal counts are conspiracy to commit criminal impersonation and attempting to influence a public servant, stemming in part from Peters’s alleged efforts to deceive state elections officials.

The indictment made Peters the first elections official to face criminal charges related to conspiracy theories surrounding the 2020 election, according to experts. She is accused not of fixing the election but of breaking the law as she sought to investigate whether someone else did.

Knisley was charged with cybercrime for activities related to the case. In her order Tuesday, Robison noted that Knisley “facilitated the deactivation of the cameras for the secured area where the Mesa County election equipment was stored,” and Peters “allowed a ‘consultant’ to enter the secured area with the election equipment and allowed the ‘consultant’ to take an image of the equipment.”

Despite the allegations against her, Peters entered the race for Colorado secretary of state in February, becoming another election official who has embraced conspiracy theories of election fraud to run for a top state election post. She received the most votes among GOP secretary of state candidates in Colorado at the Republican State Assembly in April, securing a spot on the primary ballot with 60 percent of the delegates, according to Colorado Public Radio.

Gessler, Peters’s attorney, had filed a motion to dismiss the lawsuit before the judge’s order came down Tuesday, the Denver Post reported.

Peters is scheduled to appear at a GOP forum Thursday night with the other Republican candidates running for secretary of state. The state’s primary election is June 28.