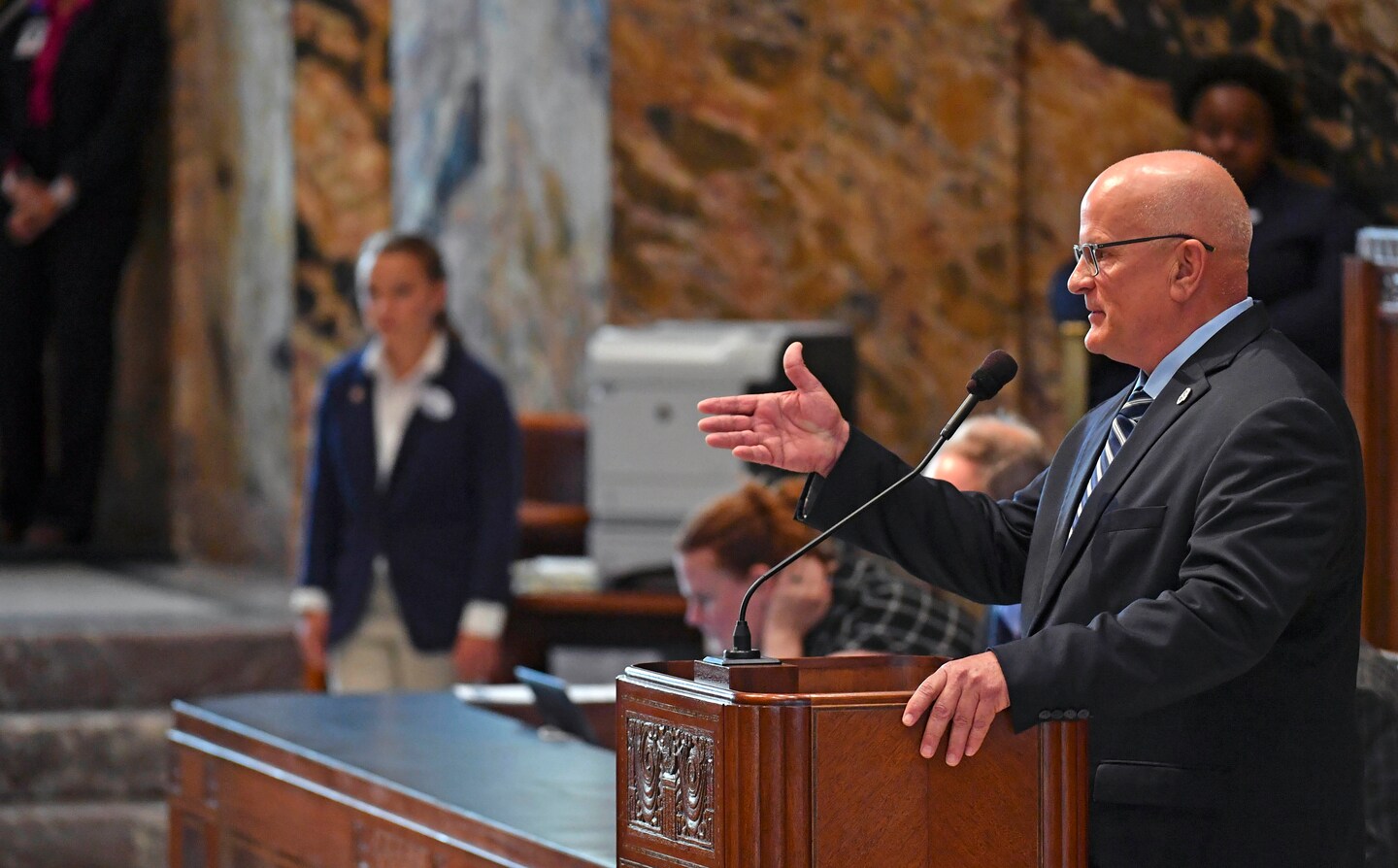 Louisiana Republicans voted Thursday night to gut a highly controversial law that would have classified abortion as homicide and allowed prosecutors to criminally charge women who undergo the procedure.

The measure attracted national attention when it passed out of committee last Wednesday with a 7-to-2 vote, less than 48 hours after the leak of a draft opinion that showed the Supreme Court is potentially poised to overturn Roe v. Wade.

The heated debate in the Louisiana House revealed stark divisions within the antiabortion movement, which could intensify in a post-Roe world. State Rep. Danny McCormick (R), the bill’s sponsor, argued that a fetus must be granted the same protections as a person, while other Republicans urged caution, emphasizing that the antiabortion movement does not support imposing criminal charges on pregnant women and other pregnant individuals.

Lawmakers voted Thursday to pass an amendment that removed the most contentious sections of the bill, including language that granted a fetus equal protections “from the moment of fertilization,” which could have restricted emergency contraception and in vitro fertilization, as well as the provisions that would have punished people seeking abortions.

The amendment “does not apply any criminal penalties to the pregnant female,” said state Rep. Alan Seabaugh (R), who brought the amendment to the floor after voting for the original version of the bill in committee. “Louisiana law has always been about protecting the babies and protecting the women.”

McCormick warned his colleagues that they could not vote for the amendment and claim to be “pro-life.”

“After this vote,” he said, “your name will be written on one side of history or the other.”

Once the amendment passed, McCormick announced that he would “remove this bill back to the calendar,” essentially withdrawing his original legislation.

Soon after last week’s committee hearing, where lawmakers and advocates appeared emboldened by the leaked draft opinion, leading antiabortion groups in Louisiana began rallying to change the legislation, fearing statewide and national backlash, according to reporting from WDSU News.

Gov. John Bel Edwards, a conservative Democrat who has supported antiabortion legislation in the past, pledged to veto the original draft of the bill on Wednesday, calling the legislation “patently unconstitutional.”

“It’s self-styled as a pro-life bill, but in my opinion, it moves in the wrong direction,” Edwards told the Baton Rouge Rotary Club. “There is a much better way to do this.”

During debate, Seabaugh argued that McCormick’s bill was unnecessary, since Louisiana already has a “trigger law” that will outlaw abortions if Roe is overturned.

The antiabortion movement has traditionally embraced policies that claim to protect both the pregnant person and the fetus, and avoided laws that criminalize those seeking abortions. Bans have typically targeted abortion providers and others who help facilitate the abortion, rather than the patient.

While 12 states have introduced bills similar to the initial draft of the Louisiana legislation, the Louisiana measure was the first to move out of a committee, said Bradley Pierce, the president of the Foundation to Abolish Abortion, who helped draft the original bill.

The latest action on abortion legislation across the states

When a Texas lawmaker proposed a similar bill in 2021 that would have allowed prosecutors to charge abortion patients with murder, punishable with the death penalty, Texas Republicans quickly distanced themselves from the legislation, gravitating instead toward S.B. 8, the law that has banned most abortions in the state since the fall by allowing third parties to sue abortion providers.

“Pretty quickly you got the feeling that people got together and said, ‘Dude, you can’t say that,’ ” said Mary Ziegler, a visiting professor at Harvard Law School who specializes in abortion.

“Americans have usually been pretty unhappy about the idea of punishing patients.”

A 49-year crusade: Inside the movement to overturn Roe v. Wade

During a debate Thursday night, McCormick accused other Republicans of playing politics with abortion.

“Evidently, the political winds are blowing,” he said.

Antiabortion advocates behind the initial version of the Louisiana bill are also frustrated with the amendment.

“This just reveals bigotry in the hearts of most of the pro-life establishment,” Pierce said. “They refuse to love preborn children as themselves by equally protecting them with the same laws that protect their own lives.”

The resistance to punishing pregnant women and other pregnant individuals is a “logical inconsistency,” said Pierce, who identifies as an “abolitionist,” a hard-line antiabortion group that calls for people seeking the procedure to be charged with murder.

Still, Pierce said, he is hopeful that more Republican lawmakers will come out in support of this kind of legislation if Roe is overturned.

Idaho state Rep. Brent Crane (R), chairman of the House State Affairs Committee that oversees abortion legislation, told a reporter last week that while Idaho’s current Republican caucus did not support penalizing pregnant women, that may change in the future if the Supreme Court overturns Roe.

“We’re going to probably see 30 new individuals come into the House of Representatives next year,” he said. “It will be interesting to see the impact that this decision will have on those individuals.”