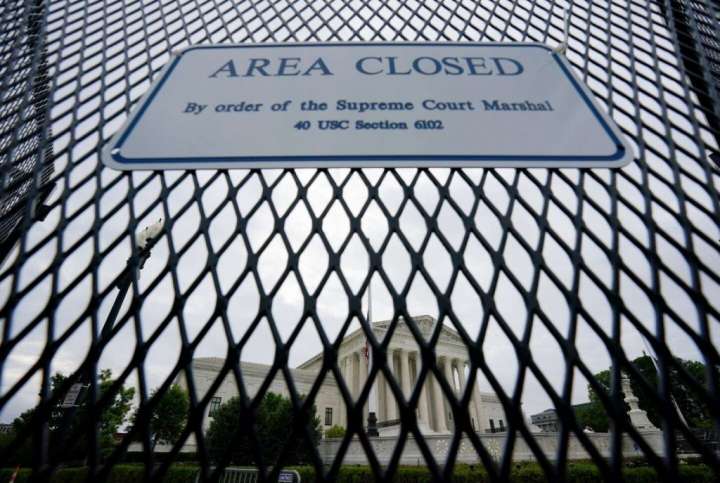 The Supreme Court on Monday made it more difficult for federal courts to review the factual determinations that can lead to the deportation of noncitizens.

Barrett and the majority went further than the federal government had advocated.

She said that while Congress had granted the attorney general “room for mercy” in providing relief to those who had entered the country illegally, it was different for judicial intervention.

“Federal courts have a very limited role to play in this process,” wrote Barrett. “With an exception for legal and constitutional questions, Congress has barred judicial review of the attorney general’s decisions denying discretionary relief from removal. We must decide how far this bar extends — specifically, whether it precludes judicial review of factual findings that underlie a denial of relief. It does.”

Gorsuch responded with a dissent that was longer than the court’s opinion.

“Today, the Court holds that a federal bureaucracy can make an obvious factual error, one that will result in an individual’s removal from this country, and nothing can be done about it,” Gorsuch wrote. “No court may even hear the case. It is a bold claim promising dire consequences for countless lawful immigrants.”

The case involved Pankajkumar Patel and his wife, Jyotsnaben, who entered the country illegally in the 1990s. In 2007, Pankajkumar applied to United States Citizenship and Immigration Services (USCIS), a part of the Department of Homeland Security, for a green card. But while his proceedings were pending, he also applied for a Georgia driver’s license and on the application checked a box that said he was a U.S. citizen.

Charges against him for filing a false statement were dropped, but DHS later commenced removal proceedings. An immigration judge did not believe Patel’s explanation that he checked the box by mistake. The Board of Immigration Appeals upheld the judge’s decision.

Patel took his case to the U.S. Court of Appeals for the 11th Circuit. But it ruled that it did not have jurisdiction to review factual findings of the immigration judges.

Even though the Justice Department said it believed the law gave the judiciary leeway to review some factual determinations, Barrett wrote that Congress was clear.

“The government’s and Patel’s arguments read like elaborate efforts to avoid the most natural meaning of the text,” she wrote.

Gorsuch said Patel was entitled to a driver’s license without being a citizen, so checking the box could have been unintentional. In such cases, he said, the federal judiciary has a role to play.

“Sometimes a bureaucratic mistake can have life-changing consequences,” Gorsuch wrote. “Our case is such a case. An immigrant to this country applied for legal residency. The government rejected his application. Allegedly, the government did so based on a glaring factual error. In circumstances like that, our law has long permitted individuals to petition a court to consider the question and correct any mistake.”

The case is Patel v. Garland.