The Trump election conspiracists who could win — and impact 2024 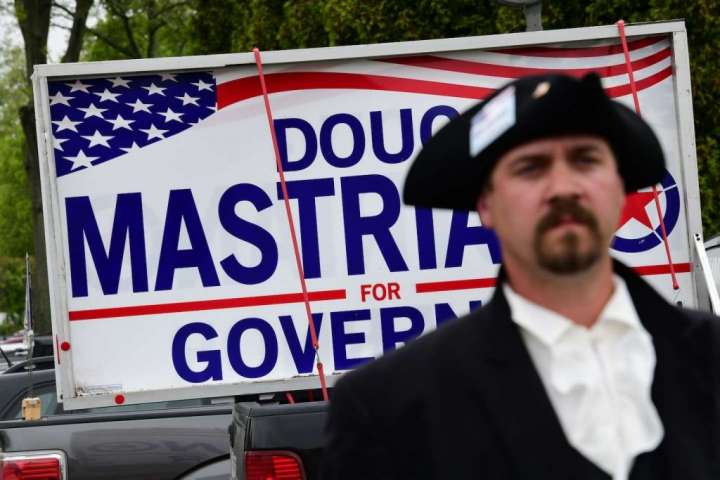 That would mean the party’s pick for Pennsylvania’s top executive office would be a man who led the efforts to overturn the state’s 2020 election results. Mastriano, according to a Senate Judiciary Committee report, “raised a litany of false and debunked claims of widespread election fraud,” both by holding hearings on the subject and reaching out to the Justice Department. And video apparently shows that he even “took part in the January 6 insurrection” by crossing police lines and breached barricades at the Capitol.

(There is no evidence Mastriano entered the Capitol itself, and he has said he didn’t. He has not been charged with a crime, though he was subpoenaed by the Jan. 6 committee.)

Pennsylvania, though, is just one of many states to hold a primary that could lead to an election truther gaining a position of great power — and potentially impacting how future elections like 2024 are decided.

GOP primaries are rife with candidates making bogus claims of widespread voter fraud and even a “stolen election.” But there’s a difference between becoming 1 of 100 senators saying that and being someone who can certify an election (or not). And there are a handful of election truthers who actually have a good shot at soon exercising such power.

Below is a look at who those candidates are, how they’re doing, what they’ve done in the past and what they’ve indicated they might do in the future.

Election truther credentials: He led the effort to overturn the 2020 results in Pennsylvania, and he was near the Capitol on Jan. 6.

Could he win?: Mastriano has led every recent poll of the GOP gubernatorial primary Tuesday by double digits — and seems likely to clinch it thanks to Trump’s late endorsement. The general election could be another matter, with national Republicans wary of his hopes in a swing state.

What he could do: In Pennsylvania, the governor gets to appoint the secretary of state. He has said the Pennsylvania legislature has the “sole authority” to appoint electors if an election is “compromised.” He has said he will repeal the state’s law allowing for no-excuse absentee ballots, even though he voted for it in 2019.

There is mounting evidence that the PA presidential election was compromised.  If this is the case, under Article II, Section 1.2 of the US Constitution, the state legislature has the sole authority to direct the manner of selecting delegates to the Electoral College. (1)

Election truther credentials: Perdue wasn’t as outspoken as many in his party after the 2020 election, but he has made the so-called “stolen election” the centerpiece of his primary challenge to Gov. Brian Kemp (R). Both he and Trump have attacked Kemp over Kemp’s handling of the 2020 election and certification of the results.

Could he win?: Polls show Kemp with a healthy, double-digit lead in next week’s primary. The name of the game for Perdue appears to be holding Kemp below 50 percent and forcing a runoff. He would still need to win that race and then the general election in a swing state, probably against 2018 hopeful Stacey Abrams (D).

What he could do: Perdue has stated that he wouldn’t have certified Georgia’s 2020 election results, despite no evidence of widespread fraud or improprieties. He has also said he wouldn’t let anyone from “the left” oversee Georgia’s elections. And he recently filed yet another among many shoddy lawsuits seeking to rekindle questions about the 2020 election. A judge dismissed the suit last week, saying it relied upon “speculation, conjecture and paranoia.”

Election truther credentials: Hice has claimed that as many as 1 out of every 10 voters in the state is illegal and promoted a number of other debunked claims. He also proceeded with objecting to the state’s election results in Congress even the night of Jan. 6, but was unable to get a senator to support him.

Could he win?: A recent poll showed him competitive in the May 24 primary with Secretary of State Brad Raffensperger (R), who many left for dead after he fought Trump’s election falsehoods. In the general election, Georgia is a swing state, but 2022 is looking like a good GOP year.

What he could do: Hice has said he would not have certified the 2020 election results in the state. “The last election should not have been certified without proper investigation,” Hice said. “They were all over the place, and they still are.”

Election truther credentials: CNN fact-checker Daniel Dale has labeled Lake a “serial promoter of election lies.” She has promoted and vouched for both Trump allies Sidney Powell and Mike Lindell, despite the ridiculousness of their claims.

Could she win?: Lake leads in every recent poll of the Aug. 2 primary and has long been considered the favorite, though business executive Karrin Taylor Robson appears to be competitive.

What she could do: Lake has said she would not have certified the 2020 election results, unlike Gov. Doug Ducey (R), and has even pushed for somehow decertifying it. She has also called for criminal charges against “the people who are involved with” supposedly stealing the election, including journalists and Secretary of State Katie Hobbs (D), who could be her opponent in the general election.

Election truther credentials: Finchem, like Mastriano, was near the Capitol on Jan. 6 but says he didn’t enter it. He has established ties to the Oath Keepers, and he was in contact with organizers of the “Stop the Steal” rally. He said after the insurrection that it was “what happens when … Congress refuses to acknowledge rampant fraud.”

Could he win?: Finchem is considered a front-runner for the GOP nomination, having secured Trump’s endorsement and raising the most money. In the general election, he would face either former Maricopa County Recorder Adrian Fontes (D) or state House Minority Leader Reginald Bolding (D).

Election truther credentials: He has said it is “almost statistically impossible that Joe Biden won,” despite Biden having won by more than two percentage points. He also sued to obtain a redo election in his own failed race for Congress, despite losing by six points.

Could he win?: Marchant is considered a front-runner in a crowded field, though there isn’t much polling. He did lose his 2020 race by a slightly larger margin than Trump’s four-point deficit.

What he could do: He has said he wouldn’t have certified Nevada’s 2020 election results and pushed for an alternate slate of electors to be sent to Congress. He also declined to rule out doing the latter in 2024 if Trump is on the ballot, according to NBC News, though he also said he would honor the state’s results if Trump lost.

Election truther credentials: Attorney general candidate DePerno served as a lawyer in a lawsuit playing up the quickly debunked Antrim County conspiracy theory, and he pushed his claims to the U.S. State Department. Secretary of state candidate Karamo was a key supposed witness for debunked claims of vote-flipping at TCF Center in Detroit, where she served as a GOP poll challenger.

Could they win?: Both Trump-backed candidates were endorsed by the state GOP convention last month. But one poll shows Karamo trailing Secretary of State Jocelyn Benson (D) by 14 points.

What they could do: DePerno recently tried to rekindle Antrim County in court, unsuccessfully, with the judges saying he “raised a series of questions about the election without making any specific factual allegations as required.” Karamo has said her goal for 2024 is to make sure “your vote isn’t nullified by an illegal ballot.”