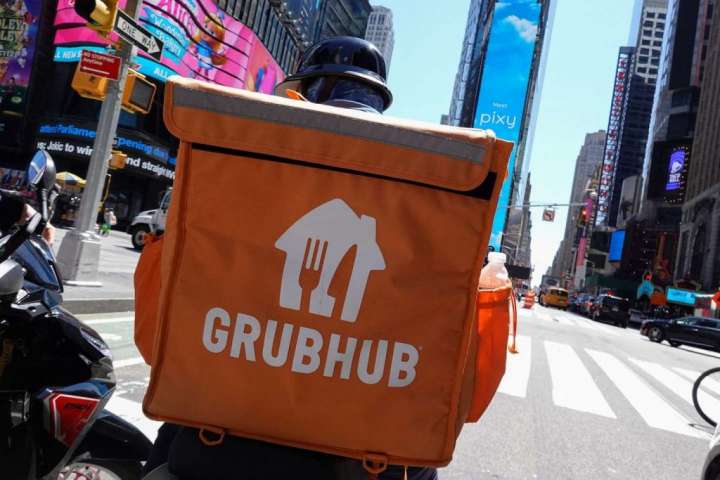 Grubhub had crunched the numbers, and the company predicted that a “free lunch” promotion it ran Tuesday in New York City would, more or less, double the number of the platform’s orders.

The forecast was more than a bit off: During its peak, Grubhub’s app and website were processing — or trying to process — 6,500 orders per minute, well above the 1,000-plus orders per minute during a typical New York City lunch, said Dave Tovar, senior vice president of communications and government relations for the delivery service.

“What that did across our entire platform, obviously, caused some unintended consequences,” said Tovar, with more than a little understatement.

The crush of customers overwhelmed the app and website, causing it to go down at least twice during the first 45 minutes of the three-hour promotion. The crush caused some consumers to get an error message when they tried to place an order or rejected their promo code altogether on checkout. It placed a huge burden on New York City restaurants, as already short-staffed kitchens tried to keep pace. And it caused some consumers to wait hours for their lunch or never get it at all, as meals went cold, waiting on drivers to deliver them.

Restaurants are barely surviving. Delivery apps will kill them.

Grubhub, Tovar said, was spending Wednesday contacting clients to issue an official mea culpa, a move that would try to settle tensions between the company and restaurants that have already felt taken advantage of during the pandemic.

“Our goal was not to slam the restaurants yesterday and get them completely inundated the way it was,” the executive told The Washington Post on Wednesday. “For that, we are communicating back to restaurants today, to make sure that they hear from us, and take an opportunity to apologize for any unintended consequences.”

Folks, we’ve reached the 2-hour mark of the @Grubhub FREELUNCH wait and I’m starting to believe this is a massive troll just to get people to realize that there’s no such thing. pic.twitter.com/rbitMfvVUd

Despite the promotion’s name, Grubhub wasn’t buying every New Yorker lunch. The company was giving locals $15 off between 11 a.m. and 2 p.m., although customers were still responsible for taxes, additional fees and tip. “If you spent $15, when you went to checkout and you put in the promotion code, your total would be zero,” Tovar said. “The restaurant still gets paid for the full amount of their order. We’re basically picking up that amount.”

Tovar couldn’t say how fast restaurants would be reimbursed the money that they essentially fronted Grubhub.

Despite news reports that indicated some restaurants were blindsided by the lunch offer, Grubhub said they communicated multiple times with operators in the New York area in advance of the promotion. Tovar said the company sent “a couple of different emails” to restaurants as well as messages via the tablets that operators use at their establishments. But even with the warnings, Tovar acknowledged that Grubhub undersold the expected response. Grubhub based its estimate of double the usual lunchtime sales on a dinner promotion last August in New York, but the number at its peak ended up being six times the usual sales.

“We did communicate with them, but there may be some opportunities for us to do better on that in the future if we can predict what the demand is going to be like,” Tovar said. “Obviously, we now have a new data set that we can apply toward future promotions like this.”

If restaurateurs were caught unawares, so was Grubhub. Most New York City restaurants deliver their own meals, Tovar said, but the rest rely on services such as Grubhub, which did not have enough drivers on alert for the promotion. As the numbers spiked, executives had to shell out “two or three times what we normally pay for drivers,” Tovar said. “For anybody who was driving on the Grubhub platform yesterday, while it was extremely busy and a bit chaotic, the financial incentive for them was significant.”

But even with the emergency measures, Grubhub had a cancellation rate of about 5 percent of the total orders, five times the typical 1 percent, Tovar said. Grubhub fulfilled about 450,000 orders during the three-hour window, which means that about 22,500 orders were canceled.

“I don’t want to sound like that’s acceptable because it’s not,” Tovar said. “We don’t want any customer to have a bad experience. Nevertheless, the vast, vast majority of customers were able to use the app and were able to take advantage of the promotion and got their meals delivered.”

The chaos surrounding the promotion comes as Grubhub struggles to capture a larger share of the third-party delivery market. Grubhub still lags behind market leader DoorDash, which according to one source accounted for 59 percent of U.S. meal-delivery sales in April. Uber Eats was second with 24 percent. Grubhub grabbed 14 percent of sales, the same percentage it had two months ago.

Grubhub has also been taken to court in recent years. Both Washington and Chicago filed suit against the company, alleging it was employing deceptive practices during the pandemic. Grubhub said that it has either ended the practices in question or updated its platforms to make sure its fees are clearly identified. The company said it would aggressively defend itself in court.