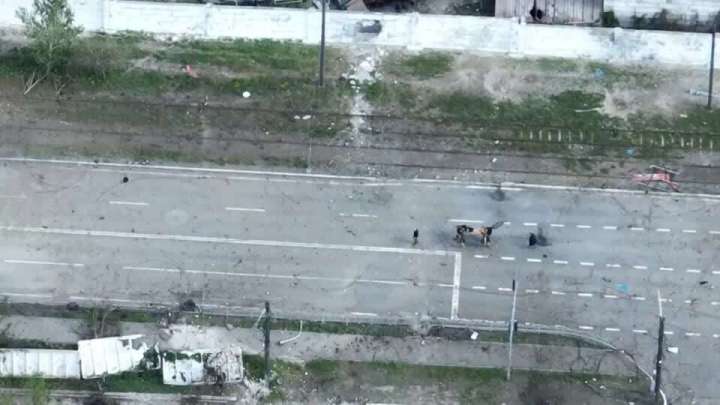 The hard-fought, brutal battle for control over a key Ukrainian port city has ended, with Russia claiming victory and Ukraine negotiating a surrender. In the country’s east, a Ukrainian stronghold girds itself for Russian attacks.

Here’s the latest from some of the key battlegrounds across Ukraine:

Mariupol: The last Ukrainian fighters in this southeastern port city surrendered on Monday, marking the end of one of the war’s bloodiest, most drawn-out battles. The fate of the soldiers remained unclear Tuesday, however, as about 260 were transported to Russian-held territory. The negotiated surrender of Mariupol gives Moscow one of its few major territorial victories.

Severodonetsk: Home to a prewar population of about 100,000, this city in the Luhansk region is the easternmost still under Ukrainian control. With Russia seeking full control of Donbas, which also includes the Donetsk region, analysts say it could be Moscow’s next major target. Ukraine’s military command said Tuesday that Russia has launched attacks on villages near the city, but have not yet made significant progress.

Elsewhere in Donbas: The Ukrainian military reported shelling in 45 settlements across this eastern region on Tuesday, with damage to residential buildings, industrial facilities and a school. The Post could not independently verify the strikes, which also reportedly killed eight civilians and injured another four. This swath of territory, where Russia has a strong presence, has seen some of the war’s fiercest fighting.