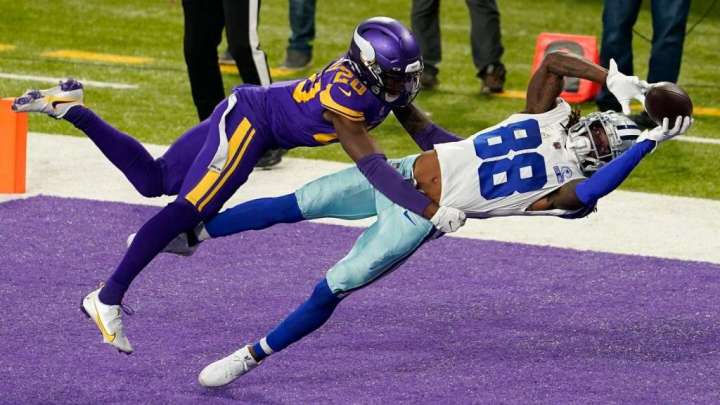 Arizona Cardinals cornerback Jeff Gladney was killed in a car crash early Monday morning in Dallas, the team and his agent announced Monday afternoon. He was 25.

“We are devastated to learn of Jeff Gladney’s passing,” the Cardinals said in a statement. “Our hearts go out to his family, friends and all who are mourning this tremendous loss.”

His agent, Brian Overstreet, confirmed Gladney’s death, telling the Fort Worth Star-Telegram, “We are asking [for] prayers for the family and privacy at this most difficult time.”

According to the Dallas County Sheriff’s Department, deputies were dispatched to a crash on the westbound Woodall Rodgers Freeway service road near Allen Street at approximately 2:28 a.m. A white vehicle was overturned in a grassy area and, upon arrival, Dallas Fire Rescue confirmed two people, a male and a female, had died.

A star at TCU, Gladney was a first-round draft pick by the Minnesota Vikings in 2020.

“Lost my Brother, my best friend, my right hand man … ain’t too much more I can take man damn!” tweeted Philadelphia Eagles wide receiver Jalen Reagor, a teammate of Gladney’s at TCU. “R. I. P Jeff Gladney, brother watch over me please.”

The Vikings also issued a statement offering condolences to Gladney’s friends and family. Gladney played 16 games for Minnesota in 2020, starting 15 and recording 81 tackles. He was out of the league in 2021 following an arrest on a felony assault charge involving a former girlfriend but signed a two-year deal with the Cardinals in March after he was found not guilty.

We are saddened by the tragic death of former Viking Jeff Gladney. Our hearts go out to his family and friends, as well as the Arizona Cardinals organization and Jeff’s current and former teammates and coaches who are mourning his life lost much too soon. pic.twitter.com/5bdVCXT6Gv

Free agent safety George Iloka, who played with Gladney in Minnesota, tweeted: “This Jeff Gladney news hitting me different. Had the privilege of playing with him during his rookie year in Minnesota. One of the most respectful and intentional rookies I’ve been around so far. Always had a smile and came to work. Sad sad. So young, so precious. RIP Young King.”

L.J. Collier, a Seattle Seahawks defensive end who played at TCU, added: “Man aint no way man RIP jefe man i watched him come from the scout team to a team captain to a first round pick jeff was a good friend and great teammate imma miss you family RIP jeff.”

TCU Athletic Director Jeremiah Donati said in a statement that Gladney had “maintained his close ties to TCU” and “loved everything about his alma mater. He was a frequent visitor to campus and was at our spring practices and spring game this year, proudly joined by his young son. He will be missed by our entire community.”