Carolyn Hax: Brother has limited involvement with family. Can they make him change? 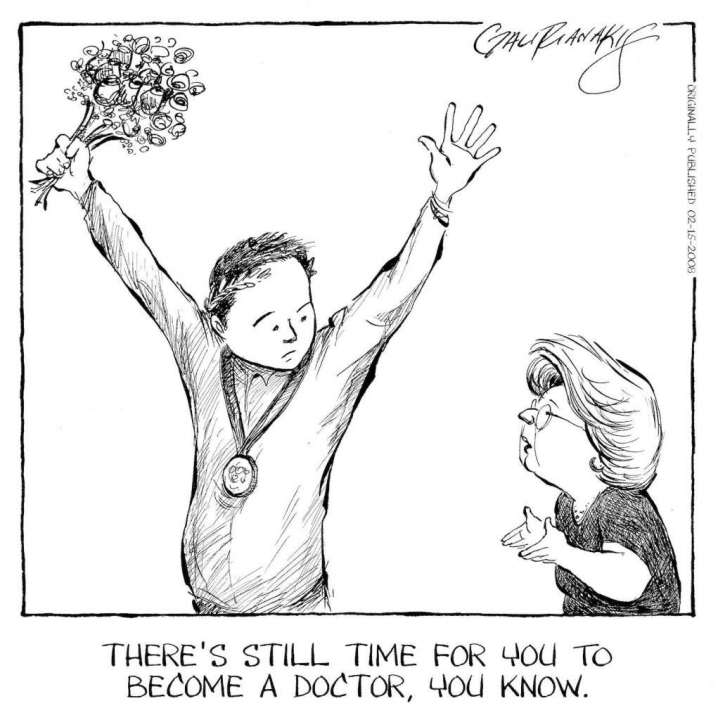 Dear Carolyn: From late high school on, my younger brother has chosen to distance himself from family. My parents are Cuban, and we’re a pretty close family, with its share of Hispanic-mom guilt trips, manipulations, etc. My brother is supersmart, high school valedictorian, etc., so I think he felt marginalized at school. In college he really seemed to come out of his shell, and after graduating, he moved to Utah with his girlfriend. My mom was devastated that he moved so far from home (Texas). A couple of years later, they got married and moved to San Diego — more devastation for Mom.

I vacation with my parents at least every other year; my brother hasn’t been on vacation with us in 12-plus years. He spends Christmas at his in-laws’ house, Thanksgiving in San Diego and comes home maybe five days a year. He buys us expensive gifts, sends flowers for all the funerals, etc., but doesn’t attend. My mom talks to him every Sunday. This is pretty much his level of involvement with the family. My mom lies to her friends because she doesn’t want them to think badly of my bro.

After all that one-sided history, here’s the problem. My brother and his wife are having a baby soon. My mom, being one who has trouble holding in her opinions, already has expressed dismay that they’re having a natural birth with a midwife/doula, using cloth diapers, etc. I’ve calmed her worries, and expressed this to my brother, BUT he won’t let my mom come see the new baby for a month. This is killing my mom (she was at the hospital for both of my kids). Should there be a point where my brother just once allows the level of “family togetherness” that the rest of us expect?

V.: Should there be a point where his family just once accepts and respects who he is?

Now, this intelligent, generous, self-reliant man is about to have a child. For which he’s getting grief.

At least his mother is so ashamed of him that she created a fictional son!

I’m no stranger to cultural expectations. They’re emotional, too. However, for whatever reason, your brother struggled at home and blossomed when he got away.

Has he ever heard “Good for you”? Even “I miss you, but I’m proud you’ve made a happy life for yourself”? This couple’s birth choices may differ from yours, but they’re rooted in conscience — did anyone applaud that, or was it all about Grandma’s dismay (and your damage control)?

If his family chose to support the man he is, instead of grieve the man he isn’t, do you think he’d visit more?