Amazon workers in Maryland say they were fired for union organizing 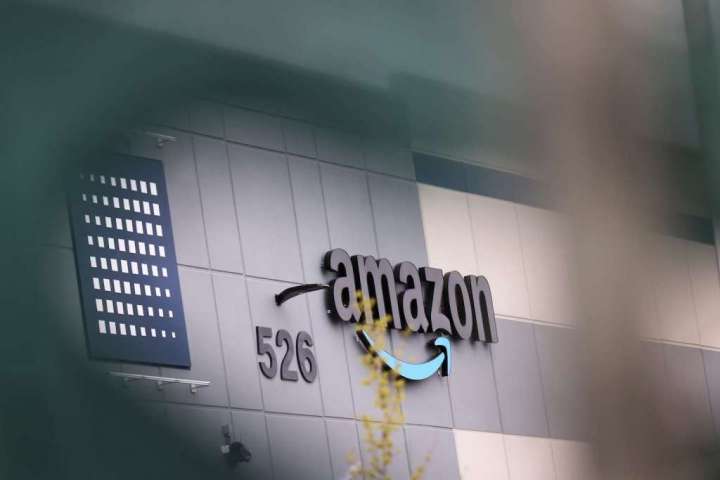 An independent labor group is alleging that Amazon illegally fired two employees at a Prince George’s County facility for “standing up for the rights” of their co-workers, the group said in charges filed with the National Labor Relations Board last week.

Amazonians United — a rank-and-file organization that has also organized at warehouses in Sacramento, Chicago and New York — said that the workers at the DMD9 delivery station in Upper Marlboro were terminated for their roles in collecting signatures for two petitions and encouraging others to participate in a walkout in March.

Kelly Nantel, a spokeswoman for the company, said in a statement to The Washington Post that those allegations were without merit. “Whether an employee supports a certain cause or group doesn’t factor into the difficult decision of whether or not to let someone go,” she added.

The group’s charges are nonetheless the latest evidence of a growing labor movement at Amazon facilities nationwide, fueled by a historic unionization vote at one of the company’s warehouses in Staten Island. Amazon — whose founder, Jeff Bezos, owns The Post — is fighting to overturn the results of that election.

The struggle in Prince George’s is playing out about 20 miles away from the Virginia site where Amazon is building its second corporate headquarters, and that push has at times followed an unorthodox playbook. While the Staten Island, N.Y., vote was the result of a traditional union campaign — organizers sought to collect union cards to trigger an election — Amazonians United has instead sought to pressure the company with petitions and walkouts in Maryland and elsewhere.

It’s a strategy that could accelerate change inside the company, given that no union vote — or months-long bureaucratic fight with Amazon over that vote — stands in Amazonians United’s way. But now, the group is alleging that Amazon, the second-largest private employer in the country, is violating labor law by firing some of the key leaders behind its protests.

“They want to break us apart. They want us to be scared. They don’t want workers coming together, talking about how they feel some things are wrong,” said Jackie Davis, one of employees fired in Prince George’s, who is seeking to be rehired with back pay. “If they divide us, there’s no more unity.”

Nantel, the Amazon spokeswoman, said the company will show “through the appropriate process” that Amazonians United’s allegations are unfounded. “Just like every company we have basic expectations of employees at all levels and in these cases, those expectations were not met,” she added.

Davis, 22, said she was first hired to sort packages in June 2021 at the DMD9 delivery station, which employs about 120 people and serves as the final stop for Amazon deliveries before they are dropped at front doors around the D.C. region. All entry-level employees work an early-morning shift, from 1:20 a.m. to 11:50 a.m.

She soon got involved with the Amazonians United effort and quickly became one of the group’s most effective canvassers in Maryland. Although she was excited by Amazon programs that would teach her to code and move up in the company, she was also frustrated by issues at the facility, she said, such as managers being inaccessible and no one from HR being able to answer her questions.

Big organizing campaigns by established unions, like the one in Bessemer, Ala., have drawn attention for their efforts to get Amazon workers to sign union cards. In Staten Island, an independent group, the Amazon Labor Union, launched a similar drive for an official union election, winning an upset victory in April.

Amazonians United has expressed its support for both of those campaigns. But rather than adopting the same tactics, Davis and other organizers have focused on building relationships and amassing support on the shop floor, sometimes in coordination with other warehouses around the country. She would get to work early to pass out union fliers outside the delivery station, she said, or call co-workers during her free time.

Davis and the group submitted a petition with 50 signatures to the management of the Maryland delivery station last August, calling for healthier food options in the break room, at least a day’s notice for schedule changes, and safety demands such as greater flexibility to take bathroom breaks. “We Are Humans, Not Robots!” they declared in the petition.

An ensuing meeting with the facility’s managers resulted in a number of concrete changes: Besides healthier food, employees won a looser bathroom break policy, ergonomic mats at some workstations and free shuttles from the Metro station in Largo, organizers said.

The petition is an example of how Amazonians United’s strategy had enabled it to win material gains. In another instance, it won access to paid sick leave for temporary workers in California.

By December, the group came forward with additional demands. Amazon had granted hourly pay raises of about $2 to $3 during the company’s busiest months in some other facilities, but not at DMD9. And though the company had extended breaks from 15 to 20 minutes during the coronavirus pandemic, managers at the delivery station reversed that move ahead of the holiday rush, known as “peak season.”

Amazonians United again delivered a petition to local management, at the same time as five other warehouses in or around New York did. When the company would not budge, they all staged coordinated walkouts in March: Dozens of workers left the facility during their predawn lunch break, leaving managers to cover for them.

Davis was fired a few weeks later. Although she maintains her managers gave her no clear or justifiable explanation, Nantel, the Amazon spokeswoman, said Davis “was terminated due to time theft and not being onsite despite clocking in.”

Her petition to the NLRB, which was filed on June 14 and shared with The Post, contends that Amazon “retaliated” against her by “firing her for engaging in protected concerted activity and standing up for the rights of her coworkers.”

“Amazon is fully aware that their actions are in violation of our right to organize at work, so the company has turned to false accusations and shady excuses to justify firing walkout leaders,” Amazonians United said in statement.

The labor group has also filed “unfair labor practice” charges for workers at the New York-area warehouses who had been fired after they participated in walkouts. The NLRB will review all charges to determine whether they have merit.

In Maryland, Davis said her case strikes a particularly potent contrast with the white-collar corporate managers who are starting to fill jobs at the new offices in Arlington County, on the other end of Metro’s Blue Line.

“I feel real sorry for them,” she said, “that they’re so selfish, not working together with the employees.”

Caroline O’Donovan in San Francisco contributed to this report.