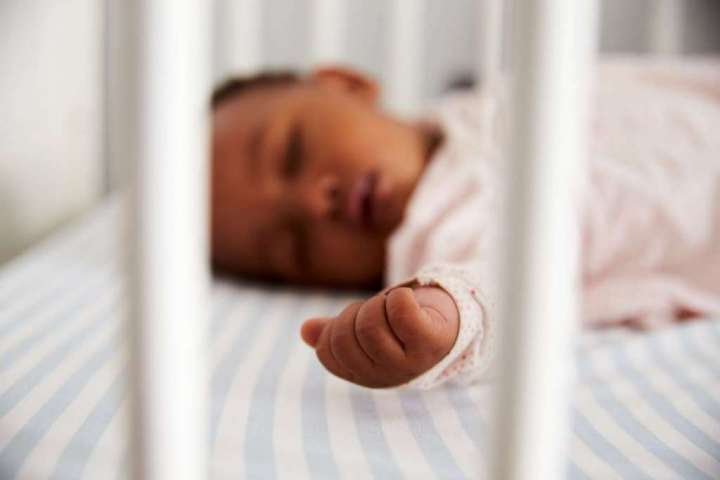 New guidelines from the American Academy of Pediatrics emphasize a handful of simple rules that parents can follow to keep their infants safe during sleep.

“If we’ve learned anything, it’s that simple is best,” said Rachel Moon, the lead author of the guidelines and a professor of pediatrics at the University of Virginia School of Medicine, in a statement. “Babies should always sleep in a crib or bassinet, on their back, without soft toys, pillows, blankets or other bedding.”

Perhaps the most alarming statistic in the guidelines involves the risk of allowing infants to sleep on couches or armchairs: doing so is 22 to 67 times more likely to result in the infant’s death than putting them to sleep in their own crib or bassinet.

“Parents and other caregivers need to be especially vigilant as to their wakefulness when feeding infants or lying with infants on these surfaces,” the guidelines state.

All soft objects, including pillows, quilts, pillowlike toys, comforters, and even blankets pose a risk of SIDS, suffocation, entrapment or strangulation, the guidelines note.

The new recommendations come as the federal government has taken steps to regulate products made for sleeping infants. Last week, the Consumer Product Safety Commission issued a warning on certain baby rockers following 13 reported deaths since 2009. The agency’s commissioner noted the risk of inclined surfaces for infant sleep. Although sleep-related infant death rates fell sharply in the 1990s, when pediatricians began recommending that babies should always sleep on their backs, the numbers have remained level since then, with about 3,500 infants dying of sleep-related deaths each year.

No, that study didn’t find ‘the cause of SIDS.’ Experts explain.

In its report, the AAP acknowledged that its long-standing recommendation against bed-sharing with infants has met with resistance from parents who do so due to cultural preferences, facilitation of breastfeeding or other reasons. The report said the AAP “understands and respects” those choices.

“However, based on the evidence, we are unable to recommend bed-sharing under any circumstances,” the guidelines state. It recommends instead that infants sleep in the same room as parents during their first six months of life.

For parents who do nevertheless choose to co-sleep with their infant, the guidelines note that three practices in particular increase an infant’s risk of death by more than ten times: bed-sharing when the parent’s alertness is impaired due to fatigue or medications; if the parent is a smoker; or if they are sleeping on a soft surface, such as a couch or water bed. Only slightly less hazardous is bed-sharing with an infant less than four months old; with an infant who was born prematurely or with a low birth weight; or with anyone who is not the infant’s parent.

While supporting the recommendations overall, an expert on SIDS said that the simple guidelines sometimes struggle to communicate the complexity of the risk factors.

“The AAP has a fairly impossible job, to take a world literature of studies on infant sleep deaths and make a set of recommendations that parents can follow,” said Richard Goldstein, associate professor of pediatrics at Harvard Medical School and director of Robert’s Program on Sudden Unexpected Death at Boston Children’s Hospital. “If you want a straightforward message, you end up having to say things like bed-sharing in all situations is absolutely dangerous.”

He pointed to studies published by researchers at the University of Bristol in the United Kingdom showing that bed-sharing is unsafe primarily when an infant was born preterm, or if the parent is a smoker, takes drugs, or has consumed at least two alcoholic drinks.

The guidelines noted that persistent racial and ethnic disparities exist for infants’ risk of death. “The rate of sudden unexpected infant deaths (SUIDS) among Black and American Indian/Alaska Native infants was more than double and almost triple, respectively, that of white infants (85 per 100,000 live births) in 2010-2013,” the AAP said in a statement.

Among its other recommendations, the guidelines state:

And one other thing: no more cute little hats inside. “Given the questionable benefit of hat use for the prevention of hypothermia and the risk of overheating,” the guidelines state, “it is advised not to place hats on infants when indoors except in the first hours of life or in the NICU.”