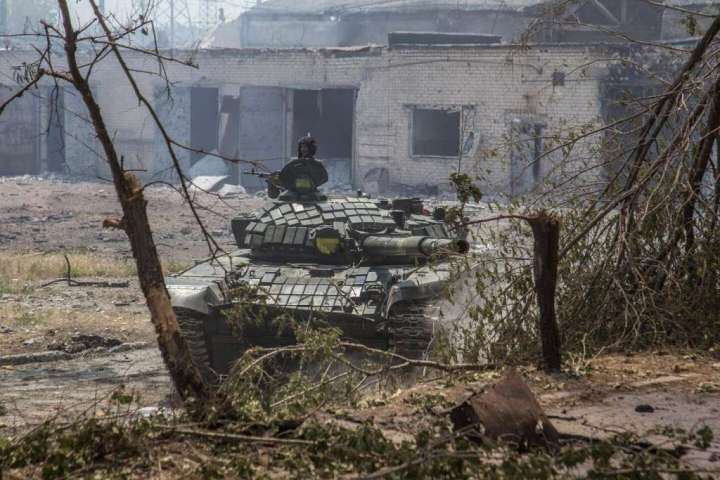 An impending deadline is likely to cause Russia to intensify its efforts to seize the eastern Ukrainian region of Luhansk, Ukrainian Defense Minister Hanna Malyar said Monday. The most decisive battles for control of the broader Donbas region may occur this week. However, while Russian forces have advanced in Ukraine’s east, Russia appears to be struggling to consolidate its authority over the territories it occupies, according to U.S.-based analysts.

Here are updates from across the country:

Severodonetsk: Fierce fighting raged Monday as Russia intensified its attack for control of the eastern city, where it continues to funnel troops and equipment. Serhiy Haidai, the regional governor of Luhansk, said Russian forces have taken over most of Severodonetsk, except for the Azot chemical plant. Although Haidai noted that Ukrainian troops are not completely encircled in Severodonetsk, Russia made gains in its attempt to capture the embattled region — especially with its overpowering of Metolkine, a southeastern suburb of Severodonetsk.

Elsewhere in eastern Ukraine: Russian advances from the cities of Izyum and Lyman toward Slovyansk in the Donetsk region appear to be unsuccessful and slowly grinding, the Washington-based Institute for the Study of War said in an update Monday. This, it said, was a consequence of Russia’s focus on capturing Severodonetsk and Lysychansk. Such operations have included attempts to interdict Ukrainian lines of communication along the T1302 Bakhmut-Lysychansk highway, the think tank added.

Kharkiv: The region came under heavy bombardment that left at least three people dead Monday, said Kharkiv governor Oleh Synyehubov. In Kharkhiv, Ukrainian troops launching counteroffensive operations have nearly pushed to the region’s border with Russia but still have a stretch of territory left to take back from Russian control, according to the Ukrainian Defense Ministry.

Southern Ukraine: Missile and artillery strikes struck parts of the Kherson, Zaporizhzhia, Dnipropetrovsk, Mykolaiv and Odessa regions Monday. According to the Institute for the Study of War, Russian forces are concentrating equipment in Zaporizhzhia in preparation for Ukrainian counteroffensive operations.