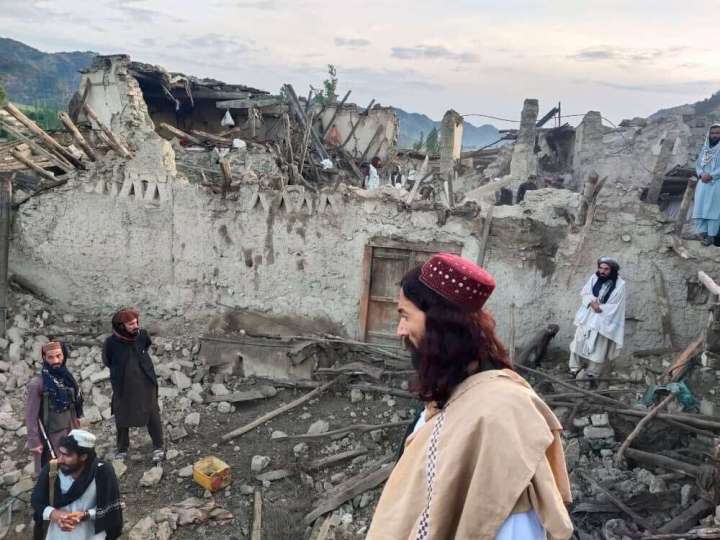 The earthquake struck overnight, flattening homes as many people were sleeping, with its epicenter in the mountainous area near the country’s border with Pakistan — about 27 miles from the city of Khost — according to the U.S. Geological Survey, which put the magnitude at 5.9.

Maulawi Sharafuddin Muslim, acting deputy minister of national disaster authority, told a news conference that “some villages have been completely destroyed.” Muslim said he was relaying information from rescue officials, and was “waiting for the details about the damages to houses.”

Tremors were also felt in Pakistan and India, according to Pakistan’s National Seismic Monitoring Center.

Earlier Wednesday, a Taliban official said the early reported death toll was 285 — with the latest update from Muslim revealing a large jump as more details emerged from the remote region.

The province of Paktika was hit hardest, with earlier estimates of 255 killed and 500 wounded, according to Muhammad Nasim Haqqani, a spokesman for the Taliban government’s Disaster Management Ministry. He said at least 25 people were killed in the neighboring Khost province and five others in the Nangahar province.

Amir Hakim Tanai, a Kabul-based official of the International Red Cross in Afghanistan, said officials were on the way to collect information and aid in the rescue efforts.

A Taliban government spokesman, Bilal Karimi, tweeted that the country would welcome help from international organizations.

“Last night, a severe earthquake killed and injured hundreds of our countrymen and destroyed dozens of houses in the four districts of Paktika province,” he said. “All aid agencies are urged to send their teams to the area immediately so that further catastrophe can be prevented.”

The Taliban’s government has largely not been internationally recognized by Western countries since it came to power in August 2021, following the rapid departure of U.S. and other Western forces. It has implemented conservative social policies and cracked down on rights while seeking foreign aid.

Afghans go hungry as U.S. and Taliban officials blame each other

The earthquake is about 500 kilometers northeast of where a deadly earthquake in 2008 killed 166 people with a magnitude of 6.4, according to the USGC.

The prime minister of neighboring Pakistan, Shehbaz Sharif tweeted he was “deeply grieved” to learn about the earthquake. “People in Pakistan share the grief & sorrow of their Afghan brethren,” he said, adding that Pakistani authorities were working to support those devastated by the quake.

Suliman reported from London and Hussain from Islamabad.