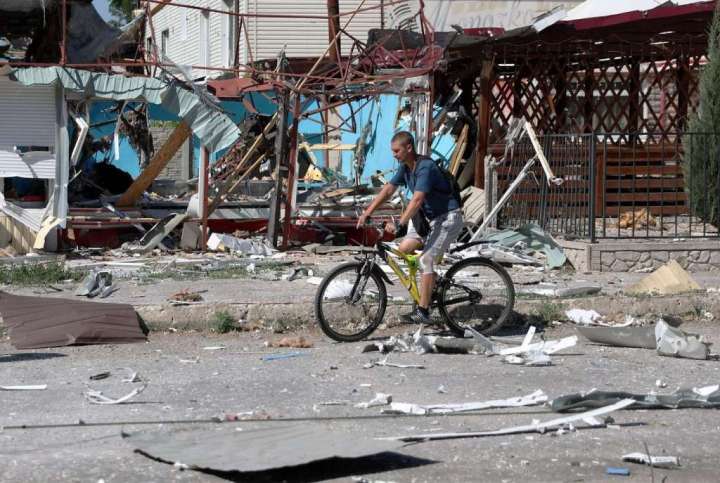 Reporters Without Borders said an investigation it published Wednesday indicates Russian forces appeared to have executed a Ukrainian journalist, along with a soldier who accompanied him when they were searching for the photographer’s drone in a forest near Kyiv in March.

Maksym Levin, whom colleagues also called Max, was found dead in April. The photojournalist — who had worked for organizations including Reuters, the BBC and Ukrainian outlet LB.ua — disappeared in March. He had been reporting near the front lines around the capital from where Russian forces later retreated.

Press group Reporters Without Borders (RSF) said it sent two investigators to Ukraine to gather evidence about his death in a forest north of Kyiv. The probe, including at the site of Levin’s charred car, suggests the two men “were executed in cold blood,” RSF said Wednesday, citing photos, testimonies, bullets and other information it gathered. “The evidence against the Russian forces is overwhelming,” it said.

RSF said it found 14 bullet marks in the car and the identity papers of Levin’s friend, Ukrainian soldier Oleksiy Chernyshov, whose body was burned. The investigation found that photos from April showed a bullet impact on Levin’s chest and two in his head. RSF said a Ukrainian search team found a bullet at the spot of Levin’s body and a Russian position about 230 feet into the forest, which it could not approach because of the possible presence of explosive devices.

The press group said it had “not been able to answer all the questions” that remained after its preliminary findings but hoped the scenarios it reconstructed could one day lead to the perpetrators. The 40-year-old Levin – survived by four young sons, as well as his wife and parents – covered the conflict involving Russian-backed separatists in eastern Ukraine since 2014.

Amar Nadhir contributed to this report.