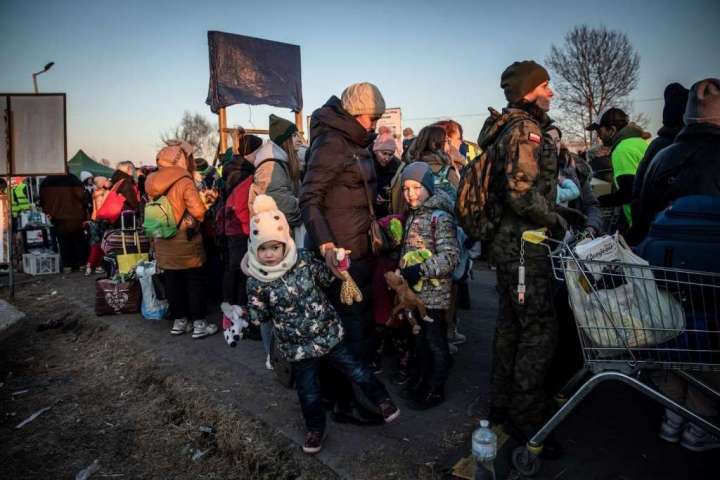 The Biden administration has embarked on a sizable experiment in admitting Ukrainians who have fled Vladimir Putin’s scorched-earth campaign to the United States. That tens of thousands of them have successfully sought refuge in this country over about three months, with relatively little fanfare — and even less controversy, considering the toxicity that attends most migration issues — is a reaffirmation of America’s commitment to its values as a beacon to the world’s most desperate people. That commitment must be sustained as the war in Ukraine drags on, which seems likely.

At least 71,000 Ukrainians have entered the United States, in nearly all cases legally, through airports in New York, Chicago, Philadelphia and elsewhere, as well as, in the war’s earliest weeks, by crossing the southern border from Mexico. They have arrived according to various immigrant and non-immigrant categories, the most innovative of which has required U.S.-based sponsors to initiate their applications to travel here. An additional 23,000 have been approved for travel; most are likely to arrive here in the coming few months.

Under the program known as Uniting for Ukraine, sponsors have applied to support more than 60,000 Ukrainians seeking entry to this country; they include relatives or friends of those fleeing the war, as well as groups including nonprofits and churches. New online applications to sponsor individual Ukrainians are continuing at a rate of as many as 1,400 daily. In addition, roughly 22,000 managed to make it into this country before the sponsorship program was established, in April. Still others entered with visas and green cards.

At the current pace, the administration may reach its goal to admit 100,000 Ukrainians, announced in April, as soon as this summer. Officials have stressed that that number is a commitment, not a ceiling; that means admissions can — and should — continue once the mark is reached.

Given what may become a war of attrition in Ukraine, the administration would be wise to prepare for a long-term commitment. Most Ukrainians who fled their homes, hoping to return soon, have waited so far in nearby countries — Poland, Romania, Moldova and others in Eastern Europe. As the war drags on, more are likely to take resettlement opportunities farther west — in Western Europe and Canada as well as the United States.

The Biden administration’s sponsorship program is innovative — it frees the government from its traditional role in resettling and supporting refugees. That is partly a matter of practicality: Officials inherited a refugee resettlement program, gutted under President Donald Trump, that is ill-equipped to absorb the tens of thousands of Ukrainians now arriving. It’s a workable solution for now, but it only allows stays limited to two years. It should not preclude Ukrainians who lack U.S. sponsors from applying to enter the country going forward through the regular refugee channel, a long-term process that allows for permanent resettlement in the United States.

Owing to Russia’s aggression, Ukrainian refugees will be the world’s responsibility, especially Europe’s, for the foreseeable future. More than 5.1 million have flooded into Europe; over 3.2 million of those have applied for temporary residence there. The United States, as the largest Western country and leader of the NATO military alliance, must continue to bear a portion of the burden.