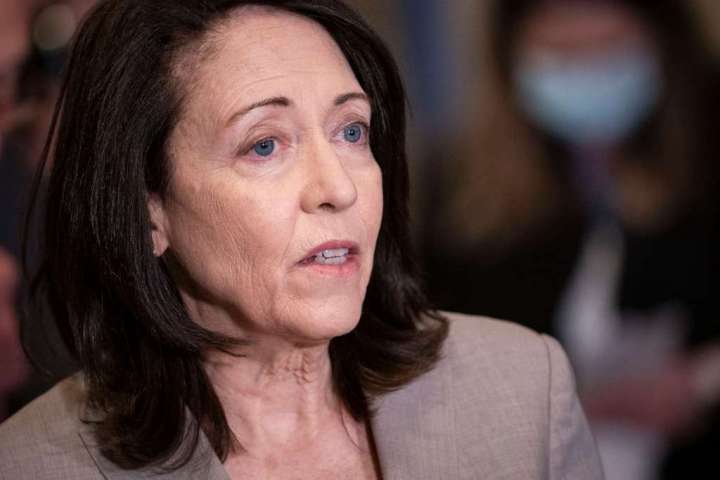 Senate Commerce Chair Maria Cantwell (D-Wash.), whose panel controls the fate of any data privacy bill, told The Washington Post that she’s not close to supporting a major proposal recently unveiled by Democratic and Republican leaders in the House and Senate. And she said Senate Majority Leader Charles E. Schumer (D-N.Y.) has said he will not bring the current bill up for a vote in the upper chamber, signaling roadblocks for the push.

“Chuck Schumer has already said there’s no way they’re bringing that bill up in the Senate, so they can come back to the table on something strong,” Cantwell said during a brief interview on Capitol Hill.

Lawmakers including Cantwell have tried to hash out a deal on a bipartisan privacy law for years, amid mounting concerns over the data protection practices of Silicon Valley giants, to little avail. But the recent introduction of the bipartisan proposal has breathed new life into the negotiations, which have languished amid partisan disagreements over the scope of the bill.

Cantwell cited concerns that the legislation has “major enforcement holes” and is too weak as it stands to warrant passing a federal law that could override state privacy laws, such as the landmark California Consumer Privacy Act. The issue has been a point of contention between Democrats, who are reluctant to preempt potentially stronger state measures, and Republicans, who worry about a patchwork of laws nationwide making compliance difficult for businesses.

“People who want to get a bill know that you can’t preempt states with a weak federal standard, so hopefully they’ll come back to the table,” said Cantwell, seemingly referring to Reps. Frank Pallone Jr. (D-N.J.),Cathy McMorris Rodgers (R-Wash.) and Sen. Roger Wicker (R-Miss.).

The trio of lawmakers, the top Democrat and Republican in the House commerce panel and the ranking member on Cantwell’s panel, respectively, recently unveiled legislation that would allow users to opt out of targeted advertisements and to sue internet companies that improperly sell their data. The bill, formally introduced Tuesday, marked the most substantial development in the push to pass federal privacy standards in years.

Schumer’s office indicated that he would support legislation that has the backing of Cantwell, Wicker, Pallone and McMorris Rodgers.

House lawmakers have indicated that they want to quickly move on the bill and on Tuesday scheduled a subcommittee markup for Thursday, the first step toward advancing it. “Our goal is to create the best standard possible to protect people’s data privacy that will become law, and the door remains open for constructive feedback as we work to achieve this,” said Sean Kelly, a House Energy and Commerce Republican spokesman.

But Cantwell’s objections serve as a major hurdle toward the proposal’s chance of becoming law.

“Chairman Pallone is focused on marking up our bill tomorrow and continuing to build consensus around a bill that has bipartisan support so that we can finally make national privacy legislation a reality,” an Energy and Commerce Committee Democratic spokesman CJ Young said in a statement.