Happy the elephant had her day in court. We humans are better for it. 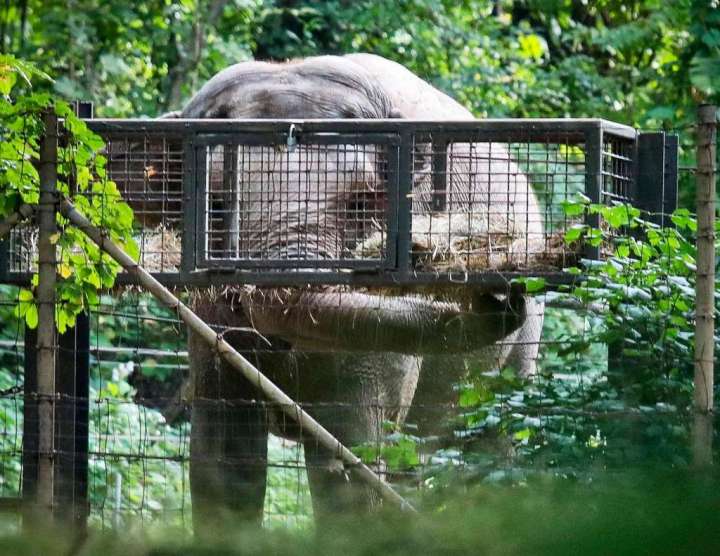 Vicki Constantine Croke is a journalist and author of “Elephant Company: The Inspiring Story of an Unlikely Hero and the Animals Who Helped Him Save Lives in World War II.”

James Howard Williams, a.k.a. Elephant Bill, told amazing elephant stories from his years living with them in the teak forest logging camps of Burma in the 1920s through the 1940s. But one incident stayed with Williams his entire life.

The story involved a female elephant who suddenly went blind. Heartbroken and at a loss to help her, Williams listened to all the experienced riders, who told him: Have pity! As it turned out, the elephant’s 5-year-old male calf became her eyes. She would rest her trunk on his back, and he would safely lead her. The men named him Guide Man.

I’d like people to think about this story if their reaction to the news of New York’s highest court considering the rights of elephants is to roll their eyes.

Last week, the New York Court of Appeals voted 5 to 2 rejecting the argument brought by an animal rights group that an elephant at the Bronx Zoo, named Happy, is being imprisoned against her will. The majority focused on the fact that the legal principle of habeas corpus “is intended to protect the liberty right of human beings to be free of unlawful confinement,” and Happy, the court said, is not a human.

I have mixed feelings about the case but not about the seriousness and compassion with which the judges considered it. In researching my book about elephants in World War II and in writing about nonhuman animals for decades, I have met many elephants in captivity and in the wild. My life has been better for it.

As Williams observed, elephants use tools, they love, they grieve. They display a sense of humor, compassion and courage. And they will cooperate — even working together to lift a sick or injured loved one. They communicate over long distances with infrasonic calls we can’t hear, as established by research in the 1980s by Katy Payne, who had studied the bioacoustics of whale song.

Considering all this, can a brilliant, social animal possibly lead a rich, full life in captivity — especially if she is largely separated from others of her kind?

It’s noteworthy that the legal fight for Happy by the Nonhuman Rights Project was brought not against a ramshackle animal attraction abusing its occupants but a well-established, respected zoo. That institution, run by the Wildlife Conservation Society, operates as part of one of the best global conservation groups in the world, helping elephants, among other animals. It’s one I admire.

Happy is about 50 years old (elephants can live up to 70 in the wild), and she has been a resident at the zoo for 45 years. By a few twists of fate, she is not in a family group. Happy and the only other elephant at the zoo don’t get along, so a fence separates them. The Bronx Zoo has committed to not bringing any new elephants in — and as the captive population in U.S. zoos ages, this circumstance will presumably become more common. Might accredited zoos have a sanctuary of their own to pool the loners?

Even if the court had sided with the animal advocacy group, Happy would not have been set free into the wild or onto New York’s streets. Instead, she would have been sent to live in captivity at a sanctuary. So, what would she choose: to spend her old age in familiar, loving surroundings with people she knows? Or to perhaps forge new bonds elsewhere with those of her kind? She can’t tell us, and the law probably can’t provide a satisfying answer either.

I am heartened that both the majority opinion and its dissenters acknowledge the complexities of what it is to be an elephant and to want what’s best for Happy, even though they disagree about what that thing is. The majority opinion, written by Chief Judge Janet DiFiore, stated that it is “undisputed” that elephants are intelligent and have the capacity for empathy and self-awareness, among other abilities, but no one was assuring the court that the sanctuary was something that would make Happy happier. Indeed, the zoo’s chief veterinarian had warned of the dangers of a move, including “substantial stress” and risks “to her long-term health.”

In a dissenting opinion, on the other hand, Judge Jenny Rivera said that Happy’s captivity was unjust and that “every day she remains a captive — a spectacle for humans — we, too, are diminished.”

In a way, the simple fact that these judges considered the case in a serious manner is a victory for elephants — and for us humans, too. It is a sign that we as a society are becoming more attuned to the ethics of conservation. For that, I am happy for Happy.