Disney says it will cover employee travel costs for abortions 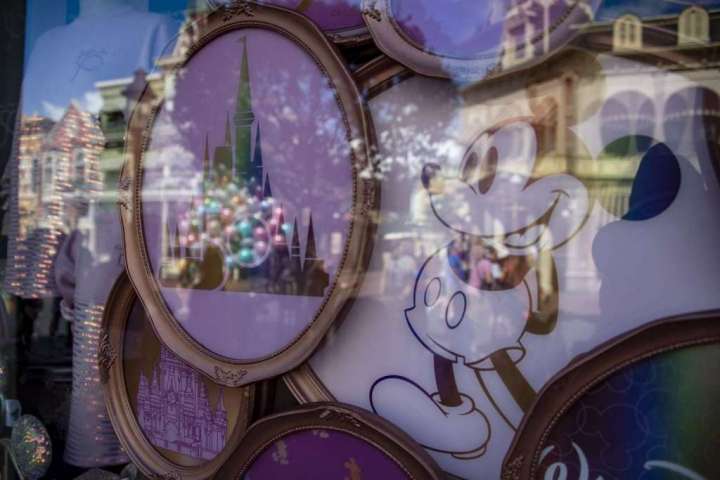 Walt Disney, JPMorgan Chase and Dick’s Sporting Goods said Friday they would cover employee travel expenses for abortions in light of the Supreme Court’s decision to strike down Roe v. Wade, joining the ranks of corporate giants scrambling to adjust to the new reality.

Disney said the “family planning” benefit would be extended to any worker who cannot access care where they live, including “pregnancy-related decisions.” The company employs 195,000 worldwide, including roughly 80,000 in Florida.

“We have communicated directly with our employees today that we recognize the impact of the ruling and that we remain committed to providing comprehensive access to quality and affordable care for all of our employees, cast members and their families, including family planning and reproductive care, no matter where they live,” Disney said in a statement to The Washington Post.

A torrent of similar announcements rolled in Friday from such companies such as Netflix, Paramount, Sony and Comcast, underscoring corporate America’s unusual role in safeguarding reproductive rights following the high court’s ruling on Dobbs v. Jackson Women’s Health Organization. But the moves could also open companies to public backlash and legal liability as they navigate the fast-changing landscape of reproductive rights in the United States.

Dick’s Sporting Goods will reimburse as much as $4,000 in abortion travel expenses “to the nearest location where that care is legally available” for employees, their spouses and dependents in states where access is restricted, chief executive Lauren Hobart announced on Friday on LinkedIn.

“We recognize people feel passionately about this topic — and that there are teammates and athletes who will not agree with this decision,” Hobart said. “However, we also recognize that decisions involving health and families are deeply personal and made with thoughtful consideration. We are making this decision so our teammates can access the same health care options, regardless of where they live, and choose what is best for them.”

Ride-hailing service Lyft said Friday that its U.S. medical benefits plan includes coverage for “elective abortion and reimbursement for travel costs” if an employee must travel more than 100 miles for an in-network provider.

“Transportation should never be a barrier to access and we will continue to stand up for the privacy and choice of our drivers, riders and team members across the country,” Kristin Sverchek, Lyft’s president of business affairs, said in a blog post.

Effective in July, JPMorgan Chase is expanding travel benefits for any covered service that can only be obtained more than 50 miles from an employee’s home, the company told The Post. The policy will apply to U.S. employees enrolled in its medical plan, as well as covered partners and dependents.

“As always, we’re focused on the health and well-being of our employees, and want to ensure equitable access to all benefits,” said Patricia Wexler, head of corporate communications at the investment bank.

Companies have been planning for the Roe reversal for weeks — ever since the court’s draft opinion was leaked in early May and Texas passed its own restrictive abortion law earlier this year.

Companies such as Apple have said it would cover medical expenses for workers in Texas who might have to go out of state to seek abortions. Salesforce offered to relocate workers. TikTok said it was “finalizing updates” to employee benefits “to continue to provide our employees access to the medical benefits they need.”

Amazon said in May it would cover $4,000 in travel costs for U.S. workers seeking medical care, including abortion and gender affirmation surgery. But the policy only applies to employees enrolled in the company health-care plan, excluding the gig workers, warehouse employees and delivery drivers that keep the e-commerce giant humming.

The chorus of corporate dissent against the decision was concentrated among media and tech companies. But with few exceptions, retailers — which make up some of the nation’s biggest workforces, employing nearly 18 million Americans, according to IBISWorld — were largely silent.

Walmart, Target and Kroger did not respond to requests from The Post regarding any changes to employee health plans following the decision.

United for Respect, a worker advocacy nonprofit, called on Walmart to step up to protect its 1.6 million U.S. employees. The group emphasized that Walmart’s presence in the South, where several states have abortion trigger laws in place, gives the company “an opportunity and a duty to step up and ensure its associates are supported.”

“As the largest private employer in the nation, Walmart executives can set the standard for other companies by supporting their associates and providing adequate maternity leave, paid sick leave, and covering the cost of expenses for associates who need to travel across state lines to access abortion services,” United for Respect said Friday in a statement.

Patagonia offered to cover not just travel expenses, but also bail for employees arrested for “peacefully” protesting outside the Supreme Court for “reproductive justice.”

Many other corporate human resource leaders and company officials also have been busy plotting out what actions to take, said Jen Stark, a director at the management consulting firm BSR.

Some firms already have made internal announcements about expanding existing health benefits to include travel or access for abortion services, she said.

“I would expect to see in the next 24 to 48 hours more statements and more internal policy announcements becoming public,” Stark said.

For these companies, abortion is being treated like an organ transplant. It is specialized medical care that might not be available close by or within a state, and so insurance will help cover the cost of travel and paid sick leave.

“This is the mainstreaming of this kind of care,” Stark said.

Emily Dickens, head of government affairs at the Society for Human Resource Management, said that employers will need to continue following local, state and federal laws and regulations regarding abortion.

“New SHRM research shows that nearly a quarter of organizations agree that offering a health savings account to cover travel for reproductive care in another state will enhance their ability to compete for talent,” Dickens said. “But how these policies interact with state laws is unclear, and employers should be aware of the legal risks involved.”

A key liability question is whether employers will be in legal jeopardy if they cover travel expenses for employees in states where abortion is banned.

In May, national law firm Morgan Lewis issued an alert about the considerations for employers if Roe v. Wade was dismantled. There’s particular risk in states such as Oklahoma and Texas, where legislation allows individuals to file civil actions against abortion providers and people that knowingly aid or abet “the performance or inducement of an abortion, including paying for or reimbursing the costs of an abortion through insurance or otherwise.”

“For instance, it may be argued that a company or company benefit plan violates the Texas law if it reimburses a Texas-based employee for an abortion received in a state that permits abortion, or for related travel costs,” Morgan Lewis stated. “The text of the Texas and Oklahoma statutes do not provide a clear answer to that question, nor is it clear whether such a provision would be upheld.”

David Allen, a spokesman for AHIP, a trade association of health insurance providers, called the Supreme Court’s ruling “a fundamental change” for abortion regulations and said insurers would work to provide coverage that follows local regulations while also meeting needs.

Employers that reimburse medical, surgical and travel costs associated with a legal abortion for an employee through the employer’s health plan or other arrangements have some protection under the Employee Retirement Income Security Act of 1974, or ERISA.

But according to Kathryn Bakich, national health compliance practice leader at the Segal Group, ERISA preemption principles “are likely to be thrown to the wolves as courts try to unwind the traps that the Supreme Court set for employers by overturning Roe v. Wade.”

Benefits from abortion services to obstetric care to fertility treatment are likely to be affected by the ruling, Bakich said. “Employers could have employees in states that recognize abortion rights, outlaw abortion or even criminalize assisting with abortion. A crucial question to ask is ‘How do employers keep benefits consistent for employees in states with such diverse medical care laws?’”

On Friday, President Biden said his administration would protect the right to travel for a legal abortion.

“If any state or local official, high or low, tries to interfere with a woman exercising her basic right to travel, I will do everything in my power to fight that deeply un-American attack.”