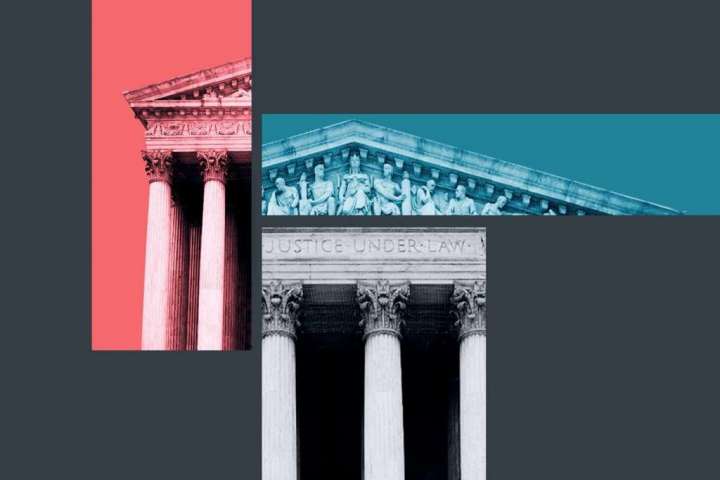 Shortly after Twitch personality Ali “Myth” Kabbani booted up his stream on Friday, he crossed his arms and turned to the camera on his desk in Los Angeles.

“By the way, chat, Roe v. Wade was overturned. This is a tragic f—— ‘L’ for America, once again,” said Kabbani, who boasts more than 7.4 million followers on Twitch. “It’s all going to come down to your local government or your state government now.”

Friday morning, the Supreme Court overturned the nearly 50 year precedent set by Roe v. Wade. As the news disseminated across the internet, key figures in the gaming industry shared their dismay over the ruling, which leaves states free to outlaw abortion. Roughly half of the states across the country are prepared to ban or drastically restrict access to abortion care in response to the Supreme Court’s decision. In 13 states, including Texas, legislatures have already passed “trigger laws” banning abortion that are designed to take effect within 30 days of the court’s ruling.

Professional gaming streamers who reach audiences of tens of thousands of viewers were at a loss for words in immediate reactions publicly posted on Friday. Developers who create and design video games are up in arms. Some game publishers and esports organizations expressed their willingness to pay for employees to travel to states where abortion will remain a protected right.

Two thirds of Americans play video games, and the average age of someone who plays is 33 years old, according to a recent report published by the Entertainment Software Association, a trade association for the video game industry. Streamers, developers and publishers in the industry with hundreds of thousands of followers on Twitter and Twitch have a direct line of communication to some of the youngest potential voters in America. Some politicians, including Rep. Alexandria Ocasio-Cortez (D-N.Y.), have streamed on Twitch in the past to reach young, impressionable viewers.

“I’m currently not proud to be an American,” tweeted CourageJD, co-owner of the lifestyle and esports brand 100 Thieves, and a streamer with more than 3.7 million subscribers on YouTube. “Women no longer have body autonomy. Children are slaughtered in schools due to outdated gun laws and lack of mental health support. Millions of Americans can’t afford basic medication and health care due to obscene costs. Disgusting.”

In a statement Friday, Bungie, the developer that originated the popular Halo franchise, announced that the company had created a “travel reimbursement program” for employees needing to travel to another state to obtain access to an abortion.

“This is a difficult day for our country. Good people will be hurt by this decision,” tweeted Pete Parsons, CEO of Bungie. “[We] will do whatever we can to protect our people and ensure they can live happy, healthy lives.”

The industry’s response to the ruling mirrors its reaction in May, when a draft of the Supreme Court opinion leaked — with some notable exceptions. Last month, PlayStation President Jim Ryan sent an email to the company asking staff to “respect differences of opinion” regarding the right to abortion. After Ryan’s email, Insomniac, the PlayStation studio behind “Ratchet and Clank,” donated $50,000 to the Women’s Reproductive Rights Assistance Program. But at the time, the chief executive of Insomniac said the company had been forbidden from making a public statement regarding reproductive rights or its donation.

On Friday, at least five PlayStation studios — including Insomniac — tweeted in support of access to abortion care, a marked change in approach for Sony’s subsidiaries.

Neil Druckmann, co-president of Sony-owned Naughty Dog and the public face of the company, donated $10,000 to NARAL Pro-Choise America Foundation and posted a screenshot on Twitter.

A spokesperson for Sony did not respond to a request for comment.

A number of other studios and developers in the gaming industry released public statements in support of access to abortion care Friday, including Microsoft and Ubisoft. In a statement provided by a spokesperson, Microsoft wrote that the company will “do everything we can under the law” to help employees access “critical health care,” including services like abortion and gender-affirming care, regardless of where they live in the U.S.

“This support has been extended to include travel expense assistance for these and other lawful medical services,” the statement reads.

Abortion will soon be banned in 13 states. Here’s which could be next.

Many streamers, casters and professional players — all with tens and even hundreds of thousands of followers — began their days by tweeting reactions to the court’s ruling.

Zach “Asmongold,” a popular Twitch streamer with 3.2 million followers on the streaming site just wrote: “If you don’t have autonomy over your own body, what real freedom can you have?”