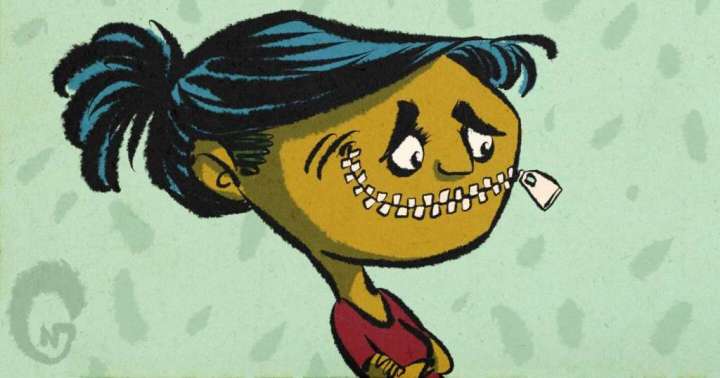 Adapted from an online discussion.

Dear Carolyn: My mother-in-law borrowed a cookbook that is very dear to me. She marked several recipes with a long and colorful sticky label that won’t come off without ripping the pages and peeling pictures and texts. She returned the book without mentioning it or apologizing. I am not sure whether she didn’t notice that the labels won’t come off without damaging the book or if she was too embarrassed to mention it.

I considered telling her that I wished she hadn’t used the labels. That way, I could have the satisfaction of an apology. But I worry that this will embarrass her and the satisfaction of an apology won’t be worth it, since it won’t change anything. My mother-in-law is otherwise very nice and I have a good relationship with her. What would you do if you were in this situation?

Stuck: Me? Nothing. But that reflects my priorities, which is to focus on the “very nice and I have a good relationship with her” part of it and to detach as much as possible from “very dear to me” things. If your cookbook is a priority you’re ready to stand by, then call your mother-in-law to warn her that she’s using labels that don’t peel off without damaging the paper — which is something she probably doesn’t know, or else she wouldn’t have used them on your book or anything else. To inform, genuinely, not scold.

I don’t understand why the “satisfaction of an apology” is even at issue, given that you see her as “very nice.” To my mind “very nice” comes with a built-in assumption that the first of your two possibilities is the correct one, that “she didn’t notice that the labels won’t come off.” I.e., that she made an innocent mistake. And innocent mistakes don’t need to be litigated, in my opinion, except to take steps to keep them from being repeated — an outcome any nice innocent perpetrator would want even more than you do.

Re: Cookbook: Take the damaged cookbook to the central library and ask to speak to the person who does book repair. They have all sorts of special solvents for removing things that get stuck on books. If your mother-in-law will tell you the brand, you may be able to just call with the question. An amazing array of solvents are sold at home improvement stores. I have had good luck with isopropyl alcohol and pure acetone, but a professional may know the best process to use.

· So many of us have had to learn the hard way about loaning precious books to others. I only loan now with direct, acknowledged communication about the care and return I expect. I would never deign to tell someone else how to care for their books or possessions, but I have no problem making it clear how mine should be treated.

· My daughter has made many notes into my beloved cookbooks and I cherish the notes! I don’t consider cookbooks as static things — in my mind they are meant to be notated, spilled on, dog-eared. Perhaps the OP can try to think of the label as reminding her of the time her mother-in-law liked her cooking so much she wanted to borrow it?