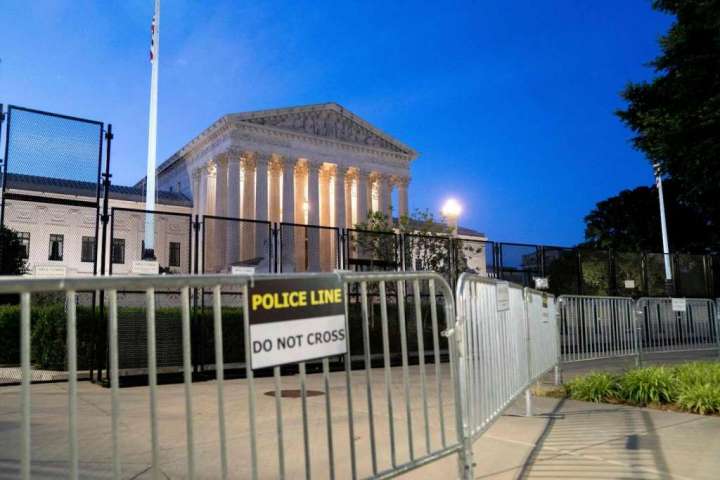 The Supreme Court’s right-wing majority is so pro-life that it is willing to risk more killing by making it easier for people to carry concealed firearms. It extolled states’ rights in overturning Roe v. Wade but showed no such solicitude a day earlier for state gun regulations.

The court’s precedent-shattering decision on Roe will dominate our public debate, but its irresponsibility on guns cannot be forgotten.

Supporters of smarter, tougher weapons statutes should be very afraid that the Supreme Court’s radical conservatives will abuse their power to impose the gun lobby’s jurisprudence. But they should also take heart that a decade of organizing and public pressure has culminated in congressional passage of the first meaningful gun reform in 26 years.

Michael Waldman: The most dangerous gun ruling in history, at the worst possible time

The upshot: Proponents of stronger gun control need to keep pushing — to restore the ban on assault weapons, to enact universal background checks, to raise the age for gun purchases, to establish gun buyback programs and much more. And friends of democracy need to challenge the justices’ arrogant overreach by strengthening support for enlarging the court and, where possible, containing its jurisdiction.

Let’s start with the bad news. In his opinion for the majority striking down a New York state law that placed strict limits on carrying a gun outside the home, Justice Clarence Thomas unhelpfully explained that when it enacts gun laws, “the government must demonstrate that the regulation is consistent with this Nation’s historical tradition of firearm regulation.”

Yet Thomas himself noted that “New York State has regulated the public carry of handguns at least since the early 20th century,” going back to 1905. I guess that’s not historical enough for him. Will a PhD in history now be a requirement to rule in gun cases?

E.J. Dionne Jr.: The alternative to court enlargement is surrender

This dangerous decision is the product of a court majority that is turning judicial review into judicial diktat. Its ideology blinds it to the problems of large-scale violence that all levels of government are struggling to contain. It also puts the court at odds with the majority of Americans who do not want to lose an essential liberty: the freedom not to have to be armed.

Which brings us to the irony of the court issuing its gun ruling on the same day the Senate passed the Bipartisan Safer Communities Act. House passage followed on Friday, and President Biden signed it into law on Saturday, declaring that “lives will be saved.”

Do not underestimate the significance of this victory. The bill is certainly not all we need, but it takes major steps in the right direction.

Jennifer Rubin: The Supreme Court’s gun ruling is bad, but not for the reasons you might think

It strengthens background checks, imposes tougher regulations against illegal “straw” purchases of guns, tightens rules on access to guns by those accused of domestic abuse and promotes state “red flag” laws that allow authorities to confiscate guns temporarily from people deemed dangerous. It also provides for reviews of juvenile and mental health records of gun purchasers younger than 21.

If the Supreme Court seems indifferent to the death tolls from mass shootings, the American people are not. After Buffalo and Uvalde, Tex. — and the massacres at Sandy Hook Elementary School in Newtown, Conn.; Mother Emanuel AME Church in Charleston, S.C.; the Pulse nightclub in Orlando; Marjory Stoneman Douglas High School in Parkland, Fla.; and the Tree of Life synagogue in Pittsburgh — voters said the status quo on guns was unacceptable.

Public impatience finally reached into even the long-obstructive Republican caucus of the Senate. When he backed the framework of the bill, Senate Minority Leader Mitch McConnell (R-Ky.) referred to “off the charts” polling among gun owners for the legislation’s measures. In the end, 15 Republicans joined all Senate Democrats in voting for it.

The Post’s View: The Supreme Court supercharges the Second Amendment

Rallies, demonstrations and relentless organizing since the 2012 Sandy Hook slaughter, including by Parkland students, made a difference. So did the steadfast advocacy of politicians who took on the gun lobby, notably Sen. Chris Murphy (D-Conn.), the lead negotiator of the Senate bill with Sen. John Cornyn (R-Tex.).

This victory should be the prelude to further progress. In a concurring opinion, Justice Brett M. Kavanaugh and Chief Justice John G. Roberts Jr. tried to soften Thomas’s gun ruling by citing the 2008 District of Columbia v. Heller decision. “Properly interpreted,” they wrote, “the Second Amendment allows a ‘variety’ of gun regulations.” Let’s test their bow to moderation with additional, common-sense firearms regulations.

In a democracy, public opinion matters. Organizing matters. Persistence matters. They finally paid off this week in modest but landmark gun reform. All three must be brought to bear in battling a partisan Supreme Court majority unwilling to acknowledge any limits to its power.