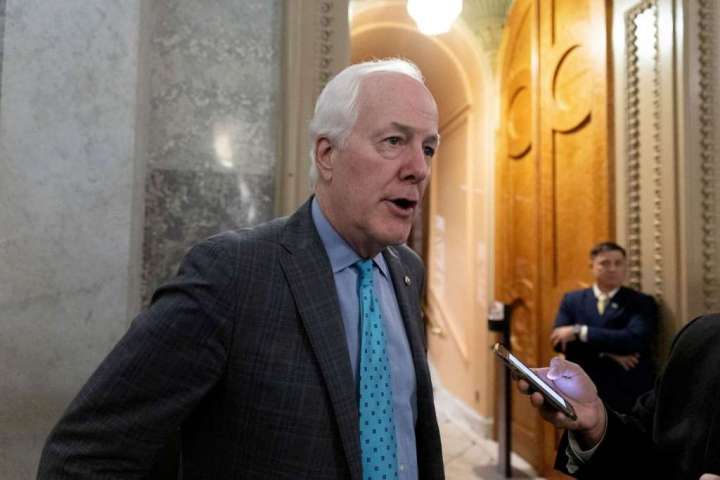 Fifteen Republicans in the Senate and 14 in the House joined with congressional Democrats this week to break more than 25 years of inaction on gun safety. That these Republicans, many of whom had ratings of A or A-plus from the National Rifle Association, defied the gun lobby with their support of the Bipartisan Safer Communities Act suggests they saw the political peril in doing nothing about the gun violence gripping the country. Indeed, Senate Minority Leader Mitch McConnell (R-Ky.), who voted for the bill, admitted as much when he said he hoped GOP support for the measure “will be viewed favorably by voters” as the party seeks to regain the majority next year.

The public sentiment for gun safety that has steadily built with each mass shooting, finally forcing Republicans to drop their ironclad opposition, offers hope that the legislation, signed into law by President Biden on Saturday, will be the first and not last step in bringing some rationality to the nation’s gun laws.

The 80-page bill, produced by a small group of Republican and Democratic senators in the aftermath of back-to-back mass shootings at a Buffalo grocery store and a Texas school, falls far short of the tough but common-sense measures long sought by gun-control advocates. There are no universal background checks, no ban of large-capacity magazines, no requirements for safe storage of weapons and no action — not even raising the minimum age of purchase — on assault weapons. That, though, does not detract from the significance of what was achieved.

Among the worthwhile reforms: enhanced background checks for younger gun buyers to include juvenile and mental health records; incentives for states to adopt red-flag laws that allow guns to be temporarily confiscated from people deemed dangerous by a judge; tougher penalties on illegal gun purchases; and revision of a federal law intended to keep guns out of the hands of domestic abusers to close the “boyfriend loophole.” Those measures — along with billions of new federal dollars to expand mental health programs and improve school safety — will save lives.

Credit for the hard work of fashioning a compromise that both sides could agree to goes to Sens. Chris Murphy (D-Conn.) and John Cornyn (R- Tex.), aided by Kyrsten Sinema (D-Ariz.) and Thom Tillis (R-N.C.). Mr. Murphy had just been elected to the Senate in 2012 when a gunman killed 20 children and six adults at Sandy Hook Elementary School in his home state and has been tireless in his pursuit of common-sense gun control despite many setbacks. Mr. Cornyn’s willingness to negotiate — and his refusal to back down even when faced with withering criticism from former president Donald Trump, Fox News and his state GOP party — is equally praiseworthy. So is his forthrightness in standing up to the NRA. “We worked with the NRA, listened to their concerns, but in the end I think they simply — they have a membership and a business model that will not allow them to support any legislation,” Mr. Cornyn said.

Passage of the bill came a day after the Supreme Court expanded gun rights by striking down a New York law limiting the carrying of guns in public. That ill-advised and dangerous ruling may have tempered any celebration over the gun bill, but it can’t squelch the public sentiment that has risen up in support of rational gun-safety laws.