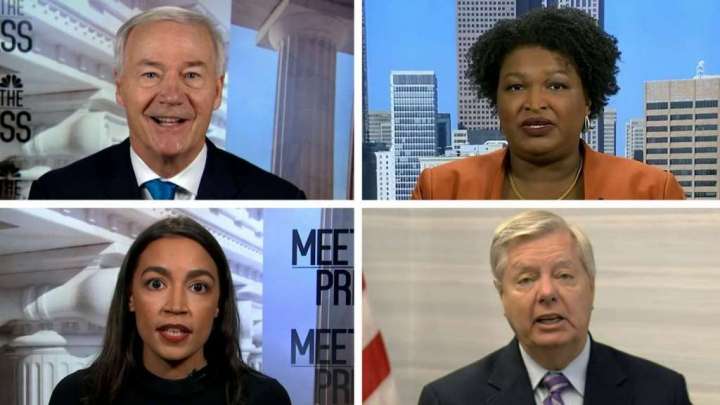 NEW YORK — This was not how Daria Walcott, 39, wanted to spend the Friday night before Pride weekend — sweaty and anguished, crowded shoulder-to-shoulder with thousands of other roaring protesters. Originally, she was going to stay home in Harlem, resting up before she’d “dance it out,” as she put it, at Sunday’s joyous annual Pride March downtown. But now, here she was, carrying a hastily made handwritten poster-board sign: “They Won’t Stop at Roe.”

“This felt important,” Walcott said of her decision to attend Friday’s impromptu protest. The Supreme Court “seems to think that everything is on the table,” said Walcott, who is bisexual, as protesters around her shouted profanity-laced chants that name-checked Justices Amy Coney Barrett and Brett M. Kavanaugh. “Gay rights, interracial marriage, same-sex marriage: All of those things now seem to be on the table.”

Here, in the city at the center of the country’s biggest LGBTQ population, the court’s decision Friday morning to overturn Roe v. Wade had come just as many were gearing up for what has become, over the course of five decades, an ecstatic, month-long celebration of community and identity, culminating in a jubilant weekend. Suddenly, less than 48 hours before one of the world’s biggest annual Pride marches, if not the biggest, they were dealing not only with the end to abortion access across parts of the country, but also Justice Clarence Thomas’s opinion implying that same-sex relationships, same-sex marriage and even access to contraception could be next in the crosshairs. It was the right hook many feared had been coming. The celebration had turned into a fight.