Taiwan braces for Chinese show of force, with Pelosi set to visit 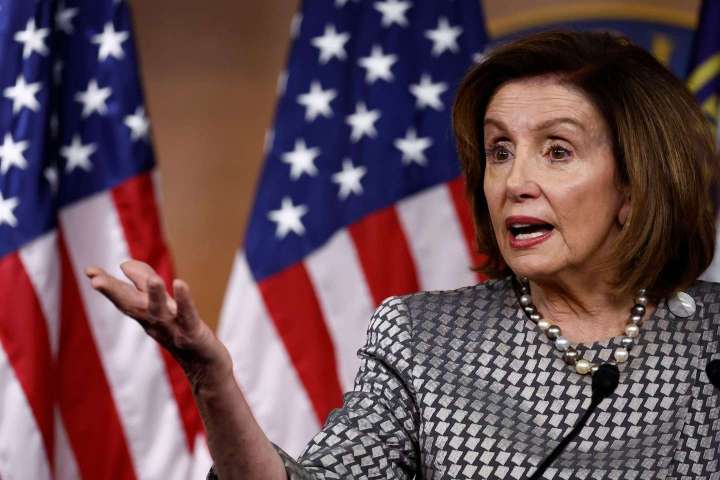 Pelosi is expected to arrive in Taiwan on Tuesday night local time, according to a person familiar with arrangements for the visit. Taiwanese media outlets reported that Pelosi was expected to meet with President Tsai Ing-wen, lawmakers and human rights activists on Wednesday.

The impending visit has drawn outrage from China, which for years has sought to diplomatically isolate Taiwan and views such exchanges with high-level foreign dignitaries as support for the island’s formal independence. The Chinese Communist Party claims Taiwan, a self-governing democracy home to 23 million people, as its territory despite never having ruled it. Chinese leader Xi Jinping has pledged to “reunify” Taiwan with China by force if necessary.

Taiwan’s official Central News Agency reported that the island’s military forces reinforced their preparations Tuesday morning and said they would remain at a “strengthened” state of readiness through midday Thursday.

Taiwan’s Defense Ministry said in a statement that the military is closely monitoring all airspace and naval activity to ensure the island’s security with “determination, capability and confidence.”

Chinese maritime authorities, meanwhile, announced additional military exercises in the South China Sea and live-fire drills in the Bohai Sea, near the Korean Peninsula, this week. Reuters, citing an unnamed source, reported that Chinese fighter jets on Tuesday flew close to the median line of the Taiwan Strait, the unofficial military boundary. Chinese carrier Xiamen Airlines, meanwhile, announced disruptions to at least 30 flights because of air traffic restrictions in Fujian, the Chinese province directly across the strait from Taiwan.

Hua Chunying, a spokeswoman for the Chinese Foreign Ministry, accused the United States on Tuesday of escalating tensions in the Taiwan Strait and warned of “disastrous consequences” if the United States mishandles the situation. “The United States should and must take full responsibility for this,” she said.

Chinese Foreign Minister Wang Yi said Tuesday at a meeting in Shanghai that U.S. politicians who are “playing with fire” on the issue of Taiwan will “come to no good end,” according to a transcript released by the Foreign Ministry.

Earlier, the White House, without confirming Pelosi’s trip, warned Beijing not to use it as a pretext for escalation and criticized China for overreacting to a visit that has precedent. Pelosi would be the first House speaker to travel to Taiwan since Rep. Newt Gingrich (R-Ga.) in 1997.

But Pelosi’s visit takes on new significance at a time when U.S.-China ties have reached new lows and Taiwan’s diplomatic profile has risen in recent years.

“Pelosi’s visit now has a very different meaning,” said Chu Shulong, professor of political science and international relations at Tsinghua University in Beijing, comparing Pelosi’s trip to Gingrich’s visit. “China is wary that if the trip takes place, it will further strengthen U.S.-Taiwan relations and encourage U.S. allies to strengthen ties with Taiwan.”

The high-stakes situation poses a test for Xi, who faces a balancing act in responding forcefully but in a way that does not trigger an all-out conflict as he prepares for a crucial leadership meeting in the fall.

“Xi must show resolve. He has to shore up Chinese red lines and prevent further drift toward an unacceptable outcome: U.S. support for Taiwan independence,” said Bonnie Glaser, director of the Asia Program at the German Marshall Fund.

White House National Security Council spokesman John Kirby warned that China may fire missiles into the Taiwan Strait or near Taiwan or send military jets across the median line. In the last Taiwan Strait crisis in 1995-1996, China fired missiles that landed near Taiwan.

Other likely retaliatory measures include more frequent and larger-scale military exercises closer to Taiwan, as well as ramping up gray-zone tactics — coercive actions that stop short of outright conflict. China banned food shipments on Monday from more than 100 Taiwanese exporters.

Chinese leaders may also be constrained by the country’s slowing economy, deteriorating relations with the United States and other Western countries, and international criticism over China’s ties with Russia after Moscow’s invasion of Ukraine.

“We need to keep in mind that Beijing does not want a military conflict to break out with the U.S. Therefore, it will likely refrain from a response that could lead to an unintended military escalation,” said Amanda Hsiao, senior China analyst at the International Crisis Group.

Pelosi began her trip to Asia on Sunday and did not include Taiwan on her official itinerary. Beijing has repeatedly warned that it would retaliate against what it sees as interference in an internal matter.

Joanne Ou, spokeswoman for Taiwan’s Foreign Ministry, said in a briefing Tuesday that the ministry had no information about Pelosi’s visit but that the House speaker would be welcome.

“Our government always welcomes the international friends to visit Taiwan, enhance their understanding of Taiwan and demonstrate their support,” she said.

Regardless of the growing tensions over Pelosi’s expected visit, some say Taiwan has benefited from the attention.

“Taiwan will be the biggest winner. When did Taiwan become a major focus of U.S. politics and midterm elections?” said Fan Shih-ping, professor at the Graduate Institute of Political Science at the National Taiwan Normal University. “The Taiwan issue has become completely internationalized, which is the last thing China and Xi Jinping want to see.”

Pelosi has been a longtime critic of China’s human rights record and has spoken out in support of demonstrations in Hong Kong against Beijing’s crackdown on the city.

“She knows what had happened in Hong Kong, and she knows that many Hong Kong protesters who are fleeing from the Communist Party will come to Taiwan,” said Lam Wing-Kee, a former Hong Kong bookseller who was detained in China and is now living in Taipei.

Lam said he was invited to attend an event Wednesday with the American Institute in Taiwan, the de facto U.S. Embassy, but was not told whether Pelosi would be there. “This would be a show of support to the resistance of the Hong Kong people,” he said of the speaker’s looming visit.

In Taipei, some prepared to protest Pelosi’s arrival by demonstrating outside of what they believe will be her hotel. Others, meanwhile, planned to welcome the House speaker by giving out free fried chicken, a popular Taiwanese street snack.

“Even facing threats from the CCP [Chinese Communist Party], Pelosi still shows her strong will to safeguard the universal values of democracy and human rights, which I highly appreciate and admire,” said Jerry Liu, director of international affairs for the New Power Party.

“Tonight we call it fried chicken of democracy,” he said of his plan to hand out 100 portions. “By enjoying it, we are standing out to fight against the threats of the CCP.”

Vic Chiang and Pei-Lin Wu in Taipei and Lyric Li in Seoul contributed to this report.