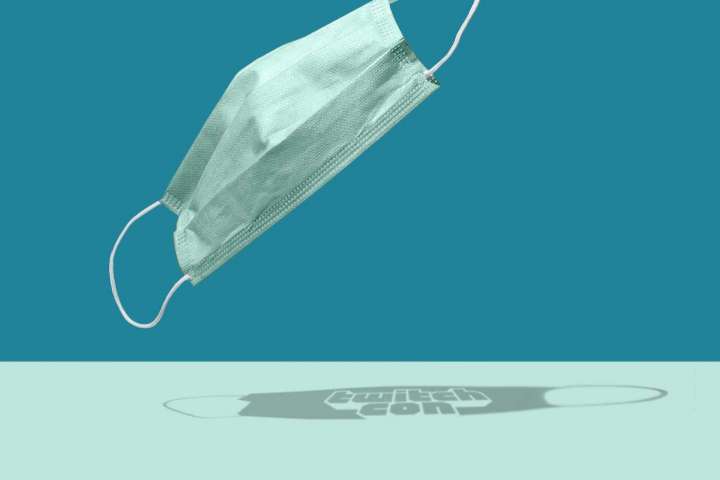 In October, thousands of streamers and fans will flock to San Diego for TwitchCon, a raucous gathering dedicated to the massively popular live-streaming platform. Some, however, are reconsidering their plans to rub shoulders with stars and stans after Twitch updated its health guidelines for the show this week, revealing that neither masks nor coronavirus vaccines will be required to attend.

“In accordance with current local guidelines, there will be no covid-19 vaccination or testing requirements at TwitchCon San Diego,” the Amazon-owned company wrote. (Amazon’s founder, Jeff Bezos, owns The Washington Post.) “Although masks are encouraged, they are not currently required to attend TwitchCon. Please ensure you are comfortable with our current health and safety measures before you purchase your ticket to TwitchCon.”

The company went on to caution that these guidelines “may change at any time as determined by federal or local government agencies, the venue and/or Twitch.”

This update caught streamers by surprise, especially with reports trickling out that San Diego Comic-Con — which took place at the end of July in the same convention center booked to host TwitchCon — managed to spread the virus to some attendees (including “A Game of Thrones” author George R.R. Martin) despite mask and vaccine mandates.

Facing their first recession, Twitch streamers are tightening their belts

As a platform, Twitch connects creators and viewers live, often from the comfort of the streamer’s home. The dynamic has allowed a number of immunocompromised individuals to thrive on the platform, convening with their communities virtually. Now, though, some of those creators say they’ve been left out in the cold.

“Definitely not going,” astronomer, podcaster and Twitch streamer Pamela L. Gay wrote on Twitter. “TwitchCon, I’m not going to die for you. Us immunocompromised streamers are just staying home.”

“In a way, I am biting the hand that feeds by saying don’t attend TwitchCon,” said Steven Spohn, a prominent video game industry advocate for people with disabilities who sometimes collaborates with Twitch. “However, given how many disabled/immunocompromised people would love to attend this event, I feel that it would be irresponsible to stay silent.”

Even some Twitch employees, like lead community producer Zachary Ryan, have pointed streamers and fans to Twitch’s official feedback page, where a “Mask requirement for TwitchCon” entry currently has over 3,200 upvotes.

Non-immunocompromised creators and industry figures are also speaking up.

“Opting out of TwitchCon,” wrote Devin Nash, co-founder of Novo, a talent and creative agency that’s worked with numerous top streamers. “What is the cost benefit in losing 2+ weeks to illness? I just don’t see the practical point of these conventions unless the organizers do the bare minimum to keep people well.”

From March: The video game industry is back to in-person events, for better or worse

This follows a year of video game conventions and events returning despite demonstrable dangers. Following the Game Developers Conference in March, numerous attendees (including this author) contracted covid. In May, a beloved member of the community surrounding the PAX series of annual game conventions, Dawn “Deestar” Wood, died after contracting the virus at PAX East. Both events required masks and vaccinations.

Twitch and other event organizers also have not addressed the growing outbreak of monkeypox, which primarily spreads via skin-to-skin contact, the risk of which increases at crowded gatherings.

Despite the series of cautionary tales, organizers behind other conventions appear ready to pursue in-person-only executions of their events moving forward. GDC, which allowed some speakers to present talks remotely in both 2021 and 2022, is set to return to its pre-covid ways next year.

“We are unable to accept remote presentation proposals at this time and are planning for in-person talks only in 2023,” Boss Fight Entertainment senior writer Heidi McDonald wrote this week on Twitter, relaying a response from GDC organizers to an earlier inquiry.

“Welp, it was great while it lasted,” McDonald said.