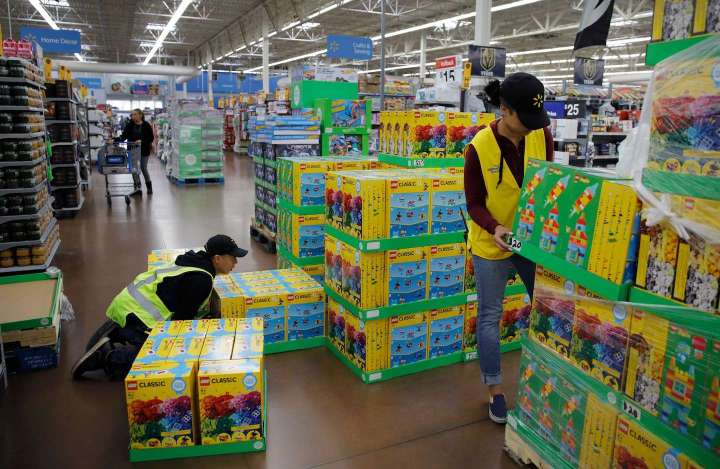 The hot labor market strengthened more than expected in July, as employers added 528,000 jobs, a figure that reflects an economy beyond recovery from the pandemic, while quelling fears that a recession could be imminent.

The unemployment rate edged down to 3.5 percent, according to the Bureau of Labor Statistics, reaching its lowest point since February 2020, tying for the lowest rate since 1969.

The job market has now more than recovered its pandemic losses, building confidence that a red-hot labor market can persevere as other parts of the economy sour, affording workers historic wage gains and more leverage at their jobs.

“It’s a strong report,” Secretary of Labor Marty Walsh said. “If we look back to the day before Biden took office, 10 million people were out of work. All those jobs have been recovered. Some sectors more that that. The buzzword we have right now is ‘recession’ but we have to keep in focus that what we’re living through economically is very different than we’ve experienced in the past.”

While employment in leisure and hospitality led July gains with 96,000 jobs added, huge pickups were seen across a broad spectrum of categories. Professional and business services had 89,000 jobs added, with gains in architectural and engineering services, technical consulting, and scientific research and development. Health care picked up 70,000 jobs, primarily in health-care services and hospitals and nursing facilities. Jobs also grew in government, construction, manufacturing and even mining.

“This report is a fantastic sign for the labor market,” said Julia Pollak, labor economist at ZipRecruiter. “There’s plenty of indication that inflation is coming down. Gas prices are coming down. Inventory levels are rising. It looks like we can manage to get inflation under control without halting job market recovery. There’s reason to think the labor market can weather the storm.”

The June jobs report was also revised upward to 398,000, up from 372,000, showing the continued momentum for job growth this summer.

The July jobs report showed no indication of a slowdown, proving to be a pillar of strength for an economy facing strong head winds. Other indicators, especially inflation at 40-year highs and six months of negative economic growth paint a less rosy picture. The financial markets have lost trillions of dollars in value this year, and one measure of consumer sentiment hit a record low in June.

Economists have worried that as the Fed continues to raise rates, and borrowing becomes more expensive for households and companies, workers may have less leverage in the job market than they did earlier this year. Also, economists have feared that higher interest rates could lead to a wave of layoffs.

But the economy is showing signs that the labor market can remain robust and continue to recover even as the Fed raises interest rates to combat inflation.

“Today, the unemployment rate matches the lowest it’s been in more than 50 years: 3.5 percent,” President Biden said in a statement Friday. “More people are working than at any point in American history. It’s the result of my economic plan to build the economy from the bottom up and middle out.”

Wage growth, while stronger than the Fed would like to see, has not kept up with inflation. The lowest income households continue to struggle to put food on the table and pay for gas and housing. Average hourly earnings increased by 0.5 percent this month, to $32.27 an hour, continuing an upward trend from earlier this year.

“The most concerning thing in this report is that we didn’t see the expected moderation in wage growth,” said Karen Dynan, an economist at Harvard University and former chief economist at the Treasury Department. “To be clear, strong wage growth does benefit workers in the short run. But the current pace of wage growth is not consistent with low inflation over the longer run.”

Declining workforce participation is another area of concern for economists. In July, participation edged down from 62.2 percent to 62.1 percent, increasing concerns that some workers are still unable to join the workforce.

“What we’ve seen is a stagnation in labor force participation,” Nick Bunker, economic research director at Indeed’s Hiring Lab. “Demand is really strong but supply hasn’t been as responsive to demand. Some of benefits of jobs creation aren’t being felt because people aren’t able to get into work. It could be a lack of childcare and covid—people out sick from covid and the long term effects of Covid.”

Most workers in the private sector are seeing wage increases wiped out by inflation, and a record number of Americans have taken on two full-time jobs. Government employees, whose wages lag behind the rest of the workforce, are suffering even more from inflated prices of gas, food and housing.

The number of Americans quitting their jobs remains high, although lower than its peak earlier this year. A record number of workers quit their jobs over the past year, in a phenomenon known as the “Great Resignation,” as a hot labor market spurred by the pandemic afforded workers increased leverage to demand higher wages and better conditions, particularly in the leisure and hospitality sectors. While data suggests that this trend is also softening, the quits rate remains at a 20-year high.

Elenna Geffrard, a case manager in developmental human services, recently gave her notice to her employer in New York because she found a better-paying job doing the same thing elsewhere with a lighter caseload.

“I’m quitting because I’m wiped out, and they gave us more cases to take care of,” Geffrard said. “I have 40 cases to monitor. In my new job, I’m getting paid more and only have 20 cases.”

It wasn’t easy to find a new job, Geffrard said. She applied to roughly 40 over the past year before she got her offer last week.

Job openings slowed in June compared with previous months, with notable declines in retail and wholesale trade, as consumer demand has shifted away from goods toward services such as dining out, going to the movies and travel.

The number of layoffs reported in June remained constant, despite growing media reports of job losses in the tech, advertising and health-care sectors. In June, the information sector, which includes tech, saw its layoff rate jump from 0.9 percent to 1.3 percent. Netflix, MasterClass and Coinbase cut hundreds of employees in June. Most employers, though, appear to be holding on to their workers. Plus, workers who lose their jobs appear to be finding new positions quickly.

“There’s no doubt that some employers have just come off of a time when labor markets were unusually tight, so they may be reluctant to lay people off as they would have before this period of labor shortages,” said Erica Groshen, an economics adviser at Cornell University and the commissioner of the Bureau of Labor Statistics from 2013 to 2017.

Geneva Tucker, a research analyst in Kansas City, Kan., was laid off in May by the Kansas Department of Health and Environment because of budget cuts. Tucker has since applied to roughly 200 research jobs with no luck.

“Initially I was looking for similar work, but it hasn’t been an easy process,” said Tucker, who has a degree in microbiology. “At this point, I’m just trying to apply to any jobs that my experience is relevant to that can pay a decent amount.”

Two months out of work, she is just now getting unemployment benefits and barely scraping by. She has even cut back on staple groceries.

“It’s a real struggle to make ends meet at all,” Tucker said. “When gas is $5 a gallon, it’s really hard to drive to job interviews because I can’t afford gas. It seems extremely unfair to have all this experience and my degree and get to this point where I’m struggling day to day.”

Roaring job growth could offer an encouraging sign that the Federal Reserve hasn’t gone too far in cooling off the economy, and that they might be able to slow the economy without spelling disaster for the labor market.

To get control of the highest inflation in 40 years, the Fed has raised interest rates four times this year, including with two back-to-back hikes of three-quarters of a percentage point. Fed leaders routinely say that they will keep raising rates until they see clear and convincing evidence, through months of data, that inflation is turning around. The risk, though, is that they move so aggressively that businesses freeze hiring or issue widespread layoffs that leads to a spike in unemployment.

Yet latest gangbuster jobs data seemed to dampen those fears, at least for now.

“The Fed has to worry less that their actions are causing a precipitous slowdown and a potential recession,” said Skanda Amarnath, executive director of Employ America, a left-leaning think tank that advocates for the Fed to let the economy run hot. “But ultimately, it’s the inflation data over the next two prints, before the September policy meeting.”

The Fed does not make a rate hike decision in August, and it’s too soon to know how far Fed officials will go at their next policy meeting in September. Just last week, Fed Chair Jerome H. Powell noted that more data would be coming in to shape officials understanding of the economy.

Betsey Stevenson, an economist at the University of Michigan and a member of the Council of Economic Advisers during the Obama administration, said that it would be a mistake to assume that the only way for the Fed to cool the economy is to cause employers to stop hiring. The overall jobs report underscored that the labor market is still exceptionally tight, Stevenson said, and raised hope that the Fed could engineer a kind of “soft landing” that avoids a painful recession or high unemployment.

Still, the jobs report showed more evidence of wage growth – which isn’t a sign of economic slowing. Economists are keeping a close eye for any markers of what’s known as a wage-price spiral, where higher prices precipitate higher wages in an unsustainable cycle that causes even more persistent inflation.

“Are employers fighting over a pool of workers, and the fight is leading them to push up wages?” Stevenson said. “One reason I feel optimistic is that they were able to hire 528,000 people, and that means the pool is continuing to expand… It would be worse if we were seeing those wage increases and we weren’t seeing the job growth. It’s subtle, but super important.”