Fans wanted a war game to be more real, so they leaked classified docs 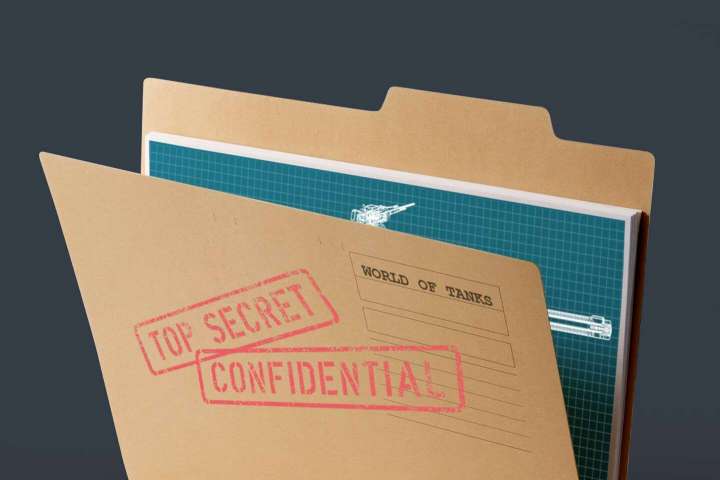 Video games have long led to fights: controllers thrown, unsubstantiated accusations of cheating, insults hurled at mothers and even dogs. But no one has ever leaked classified documents related to national security in a public forum to win an argument — until last year, twice. And then again this year.

Beginning in 2021, players of “War Thunder,” a popular, free-to-play vehicular combat video game, have thrice posted classified documents related to three tanks of British, French, and Chinese origin, in an online forum dedicated to the game. The posting of the documents was reported first by UK Defence Journal, which wrote that one poster, who uploaded the manual to a British Challenger 2 tank, said he was motivated by a desire to get a “War Thunder” developer to make the tank more accurate in the game. Another poster, who claimed to be part of a French tank unit, uploaded a Leclerc S2 manual while engaged in an online debate about its turret rotation speed. The motivations of the user who posted allegedly classified information about China’s DTC10-125 tank, and a piece of materiel, was not clear.

All three posts were removed by Gaijin Entertainment, the game’s primary publisher and the forum’s host.

Tank experts said the information in the documents was likely not of great value to nations hostile to the respective three countries.

“I didn’t see anything I’d jump up and down about,” said Steven Zaloga, a senior analyst at the Teal Group, which has been analyzing tanks for about 50 years and published dozens of volumes about armored vehicles and military technology.

“Tank manuals will be classified at various levels even though a lot of information in it is not especially sensitive,” Zaloga said, noting that the Leclerc and Challenger tanks have both been exported to foreign nations, thus broadening the number of people with access to such data.

“It was from a user manual so it’s classified, but it’s distributed fairly widely to anyone who uses the tank, supports it, or maintains it,” said Sonny Butterworth, a senior analyst for land platforms at Janes, a defense intelligence company.

Butterworth said that, in the Chinese tank’s case, data related to what was shared on the forum had been online since at least 2018. He also pointed out that the U.S. Army’s TRADOC (Training and Doctrine Command) publishes similar information on public websites it hosts, as well as documentation of foreign army tactics. A lot of information, including hard data on tanks as well as how countries like to use those tanks, is already public.

Zaloga said the only data point of potential interest to foreign militaries could be the alleged dispersion data from the Chinese tank. Dispersion is an accuracy-related metric that tracks performance under varying environmental conditions. Still, he said, that info is often released by governments and companies at international arms show, such as IDEX in Abu Dhabi, as a way to entice potential buyers. Many avenues of open source intelligence also exist. A tank’s turret rotation speed, for example, could be estimated by simply watching a video of it on YouTube.

Butterworth and Zaloga both said a blueprint, or documents detailing specific armor materials or configurations, would be of most value to hostile notions.

“If publications keep getting leaked, something that looks innocuous could be quite important to someone who knows what to look for,” Butterfield said.

The founder of Gaijin Entertainment, Anton Yudintsev, said his Budapest-headquartered company aims to remove documents that appear to be classified as quickly as possible. Forum moderators check with historical consultants to see if the information in question is considered classified; governments, Yudintsev said, have never confirmed the authenticity of specific classified documents to his company.

In the case of the Challenger tank, for example, Yudintsev said the British government simply told him documents like the one shared on the forum remained classified.

“We explain to the users again and again that it’s pointless to give us any documents that we cannot and won’t use, but we probably can do more to explain this,” he said. “Unfortunately there is no way to completely prevent people from publishing something on the internet. We delete the posts and permanently ban those who break the rules, so our users know that they risk everything essentially for nothing.”

Inside the Pentagon’s long debate: Do gamers make good troops?

Yudintsev said Gaijin had not been contacted by the Chinese, British, or French governments in relation to these leaks. Spokespersons from the U.S. Office of the Secretary of Defense, U.S. National Security Agency, U.S. Department of Justice, and U.K. Ministry of Defence all declined to comment. The French Embassy in the U.S. and Chinese Embassy in the U.S. did not respond to multiple Post inquiries.

According to Barbara L. McQuade, a former United States Attorney for the Eastern District of Michigan and University of Michigan Law School professor, similar postings on U.S. company forums or about U.S. armaments could raise thorny questions around liability, national security and the first amendment. Gaijin isn’t subject to these same regulations since it is based in Hungary.

“If you have [classified information] and communicate it, you are in violation of letter of the law,” McQuade said. Still, to be prosecuted, “there is a requirement that you have an intent to harm the United States or provide an advantage to a foreign country,” she said about 18 U.S. Code § 794.

Under U.S. law, McQuade said, forums like the “War Thunder” site could be protected under Section 230 of the Communications Decency Act, which provides broad legal protections for “interactive computer service providers,” which are specifically not defined as publishers when it comes to the things users post on their services.

Yudintsev said neither he nor his team anticipated this situation. They continue to be surprised by users who leak allegedly classified documents on their forums.

“We’re happy that even military professionals like what we do,” Yudintsev said. “But breaking the law in order to win an argument online is too much. I’d like to ask all of them: please, never do that!”

“This is the shocking aspect,” Butterworth said, concurring. “That someone would post a classified document online to win a video game argument.”