In both Russia and America, punishment does not always fit the crime 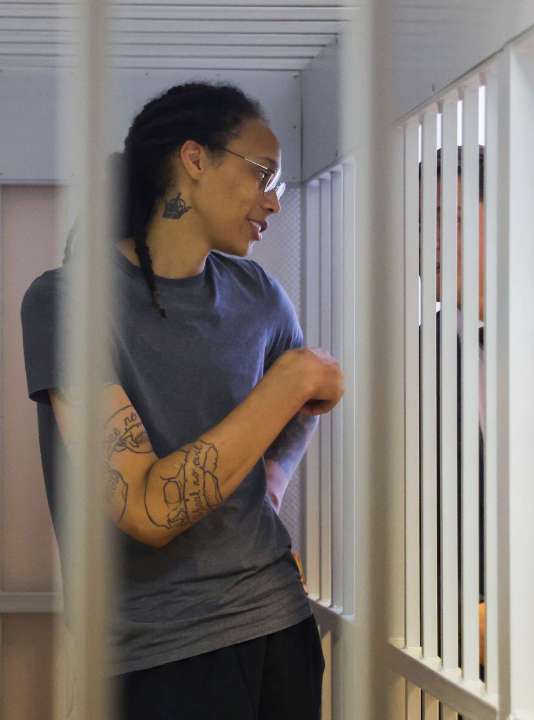 Nine and a half years in jail is a long time. Fourteen years is even longer.

A child born today would be in fourth grade and exploring simple geometry by the time WNBA star Brittney Griner will be able to be with her loved ones again.

The same child would be about to enter high school — and maybe starting to think about driving — by the time Marc Fogel, a former teacher at the Anglo-American school in Moscow will be able to come home from Russia.

Fogel, a native of my hometown Pittsburgh, made what was probably the biggest mistake of his life in August 2021 when, in a misguided effort to manage his back pain, he tried to take about a half an ounce of medically prescribed marijuana on a trip to Russia. Now, he is languishing in a Russian prison cell for the next 14 years — unless something changes.

Griner’s story is better known: The Houston native was found to have vape cartridges containing hashish oil in her luggage and was detained in February while returning to the Russian club team she played for.

Both were traveling to Russia for work. Both got caught doing something the Russian government prohibits. Both are now staring at years of imprisonment and isolation in an inhospitable land. The mind boggles.

The Post’s View: Brittney Griner must go free, but not at any price

When I first heard these stories, I assumed both Americans were being railroaded. I don’t trust Russia, which invaded Ukraine on Feb. 24, and so I immediately guessed that each of these cases was some sort of anti-American put-up job.

I then found out that both Griner and Fogel really had crossed into Russia carrying substances that are gravely illegal there. That the two are, at least in the eyes of the Russian government, criminals.

And my knee-jerk and regrettable response to that was, “Well, they should have known better.”

I’m guessing I wasn’t alone in this kind of thinking. In our culture, it’s not uncommon to look unfavorably on rule-breakers and say they should have known better. Many of us grew up with parents who favored the “hot stove” theory of education: You warn a child that the stove is hot, so they learn not to touch it. Often, the child touches the stove anyway. That’s the education part. Then you tell the child, “I told you so.” Burned fingers are the physical manifestation of what comes from not listening.

But there is something pernicious hidden in this lesson. Something we don’t like to admit or say out loud. And that is the concurrent belief that those who don’t listen to our warnings deserve whatever punishment they receive. It gives us a brief sensation of moral superiority to say, “Well, what did you expect?” Or, “I told you so.” We imagine the pain that others endure for ignoring our warnings is warranted, even reasonable.

We do this often in our own country. We hand down outsize punishments that really aren’t much about the crimes themselves but are mostly penalties for breaking the rules. We don’t hate crime nearly half as much as we love punishment. We are fanatically dedicated to upholding the rules even when the rules themselves — and the people who make them — are suspect. And we hand out sentences that speak to the vast distance between those who have no trouble following the rules and those whose lives that are harder, meaner, scrappier. We cling to “I told you so” because it helps one group maintain that distance.

But this kind of thinking is unproductive and often just cruel. And we can be just as ruthless as the Russians when it comes to the price we make people pay for not following the rules.

We must resist this kind of thinking because it is, at some level, vindictive. It is objectively wrong to punish two people for what amounts to a victimless crime. It’s an imaginary moral victory that provides comfort to no one. It might work on children, perhaps once or twice. But mostly, it just makes us feel better about ourselves.