In Harvard admissions case, will justices cherry-pick their history? 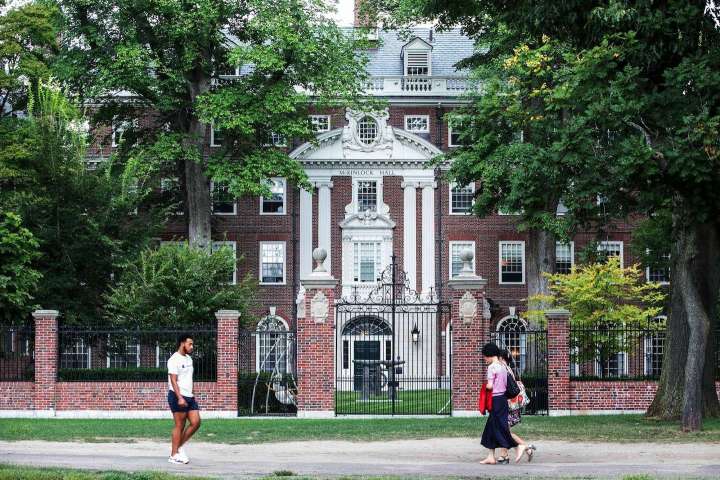 If you thought the Supreme Court term that just concluded was a disaster, brace yourself for the next one. The conservative justices will shift their focus to another long-standing goal: outlawing affirmative action in higher education.

The outcome in two cases before the court, challenging admissions programs at Harvard University and the University of North Carolina, appears even more assured than was the overturning of Roe v. Wade. The conservative justices, who have long bristled at anything that smacks of a racial preference, seem poised to overturn decades of precedent letting colleges and universities consider racial diversity as a factor when admitting students.

But a spate of briefs defending Harvard and UNC offer compelling arguments that should give the conservative majority pause. In their recent rulings expanding gun rights and eliminating constitutional protection for abortion, the justices emphasized the importance of history — looking to the laws and practices in place at the time the relevant constitutional provision was enacted to determine its original meaning.

“The inescapable conclusion is that a right to abortion is not deeply rooted in the Nation’s history and traditions,” Justice Samuel A. Alito Jr. wrote in Dobbs v. Jackson Women’s Health Organization, which overturned Roe. “Only if a firearm regulation is consistent with this Nation’s historical tradition” can it be justified under the Second Amendment, Justice Clarence Thomas wrote in striking down a New York state law limiting concealed carry permits.

If the conservative majority meant what it said in those cases, the newly filed briefs suggest, they will vote to uphold the programs now in place, not strike them down.

Don’t hold your breath, I know.

The legal landscape is clear, if contested. Since the court’s splintered 1978 ruling in Regents of the University of California v. Bakke, colleges and universities have been permitted to take race into account as one factor in admissions to ensure a diverse student body. In 2003, the court, dividing 5-4, reaffirmed that basic rule against a claim that it violated the 14th Amendment’s guarantee of equal protection of the laws. Now, the justices are being asked to overrule that case, Grutter v. Bollinger, and given the transformation of the court in the intervening years, that outcome seems guaranteed.

So, what does history have to tell the justices? The briefs make a powerful case that the shorthand view of the 14th Amendment as strictly “colorblind” ignores the context of the time in which it was written — in the aftermath of the Civil War — and the willingness of its authors to approve “race-conscious remedies” for discrimination that are anathema to the current conservative majority.

“Absolute neutrality” when it comes to race “has never been a universal constitutional principle, either at the time of ratification or in the Court’s jurisprudence,” Harvard argues in its brief filed last month. “The Congress that adopted the Fourteenth Amendment … authorized numerous measures that benefited African Americans in the aftermath of the Civil War. Against that backdrop, this Court’s far narrower holdings permitting consideration of race as one factor in an individualized decision are readily permissible.”

One such measure was the Freedmen’s Bureau Act of 1866, which provided help for African Americans in everything from education to land distribution. When President Andrew Johnson vetoed the law creating the Freedmen’s Bureau, arguing that it helped “one class or color of our people more than another,” Congress overrode his veto.

The next year, Congress appropriated funds for “destitute colored people” in the District of Columbia, “rebuffing objections to the measure as ‘class legislation’ ‘applicable to colored people and not … to the white people,’” writes Harvard’s lawyer, Seth P. Waxman, a solicitor general under Bill Clinton.

An amicus brief filed on behalf of historians and law professors amplifies this view. “The Reconstruction Framers recognized that there exists an important distinction between, on the one hand, racial designations that denigrate and harm, and, on the other hand, race-conscious laws that ameliorate discrimination and advance equality of opportunity,” the brief argues.

The Constitutional Accountability Center, which advocates for a progressive interpretation of the Constitution’s original meaning, put it in even starker terms. “The Framers of the Fourteenth Amendment were the originators of affirmative action,” its brief contends. “Far from establishing an absolute constitutional ban on the use of race by the government, the Framers of the Fourteenth Amendment rejected proposals to prohibit any and all use of racial classifications by the government.”

What do those challenging the Harvard and UNC programs say in response? Tellingly, the brief by the group that brought the lawsuits, Students for Fair Admissions, makes almost no reference to history. An amicus brief for Edwin Meese III, attorney general under Ronald Reagan, asserts that the Freedmen’s Bureau example isn’t relevant because the 14th Amendment limited state, not federal, power, and because the “triggering characteristic” wasn’t skin color but having been enslaved. The history professors’ brief dismisses this account as “incorrect” and “ahistorical.”

Which brings us back to competing accounts of history, and the conservative justices’ demonstrated willingness to cherry-pick the version most helpful to their cause. Sorry to say, it’s hard to imagine them letting history get in the way of the result they desire.