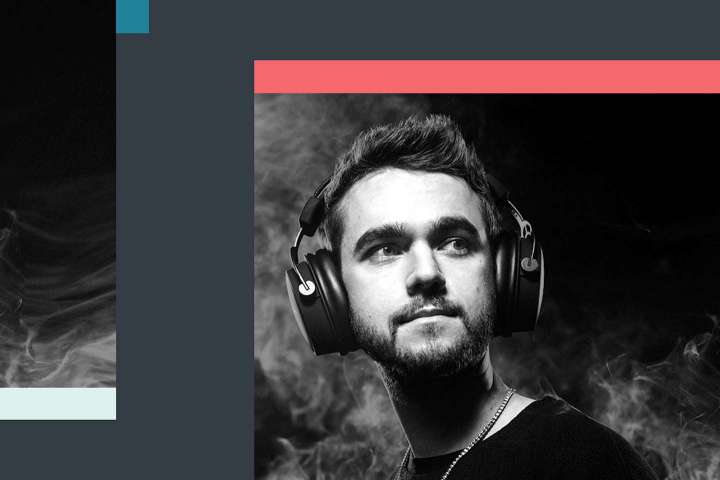 Most people probably know Anton “Zedd” Zaslavski as a Grammy-winning EDM producer and DJ. Two of the musician’s songs on Spotify have more than 1 billion plays. But a smaller subset of that audience also knows Zedd as a gamer.

Zaslavski, who has created skins for Riot Games’ “Valorant” and music for “League of Legends,” is now deepening his professional involvement and association with the gaming industry by becoming a global brand ambassador for peripheral company HyperX. The collaboration, the musician said, started “completely organically through social media,” where mutual admiration sparked a conversation that eventually turned toward business.

The Washington Post spoke with the 32-year-old about how he got into gaming, his collaboration with Riot Games on “Valorant” skins and the ways in which he says music is like language.

The following interview has been edited for length and clarity.

Launcher: Can you just share a little bit about how you got into gaming?

Anton “Zedd” Zaslavski: I’ve always been gaming since I was a little kid, I was probably like, five years old or so with the Sega consoles, Sonic the Hedgehog, that kind of stuff was what I started out with. And then I think when I was like, I don’t even know, 13, I started playing “Counter-Strike.” And that’s when I really got into the competitive side of gaming.

When my career started, I kind of paused gaming, just because everything got crazy busy. And things got a little off balance. And at some point, I kind of brought the balance back into my life. I got a PC, and I started gaming, and it kind of became my routine after work.

I try to keep a balanced life. And to me a balanced life is not to work 24/7, but to have your time when you’re in the studio or on the road. And then when you have time off, for me, that’s gaming.

When you got back into gaming, what game brought you back into the fold?

Zedd: It was “Overwatch.” I was playing “Overwatch” on PS4. And I’m not good with a controller. I’ve always played mouse and keyboard. And I wanted to be better than I could be with a controller. So that’s when I got a PC and started playing and got the itch back. And then, “Valorant” came out, and I sunk even deeper into the gaming world. And I still play “Valorant” today.

There was a collaboration you did with Riot Games to create skins and music for “Valorant.” How did you find that experience? Was it different from your normal day-to-day work creating music?

Zedd: Yeah, it was super fun working with Riot on those skins. Mainly because I feel like I was borderline burned out. I was working on my album. We had a whole pandemic. There were just a lot of things going on that made me not inspired to do what I typically do, especially not being able to go to clubs and stuff like that as much.

Working on the skin line and the sound design and the whole psychology that goes into how you feel when you use a certain skin, and why you like one better than another, I dove really deep into that. And it was super fun. I learned so much doing that. And now I still play the game and I have my own skin in the game. And like I know every bit of how it sounds. It’s just kind of awesome. It was one-of-a-kind experience for me for sure.

What were some particularly interesting things that you learned while doing research around those skins?

Zedd: I had a really specific idea of what I wanted to do with my skin in terms of sound design. Because I’ve been playing the game since the alpha and I like certain skins better than others. And I know all my friends prefer certain skins over others. And I was like, well, it’s probably not the look because they’re somewhat comparable. But I felt like the sound has one of the biggest impacts on how you feel about a skin. And so, I really wanted my skin to be sound-driven, instead of it being based on a particular look. I think all our first ideas came from sound and not from like, what we’re going to make it look like.

I had a very particular idea of what I wanted the sound to feel like. And then the big question was: How do I push my skin to feel different without it being technically better? What can you do? How can you get creative with — these are random things but — a gunshot? I used, as a base layer, a snare drum and a kick drum together — something that I use in my world a lot, and it gives you a similar punch, like a shot would. But that was the base layer, and I built on that and just experimented. I’ve never had to do that. I’ve never had to reimagine what a futuristic sci-fi laser version of a gun that I’ve been using in this game for so long would feel like, or sound like. There’s a lot I learned in experimenting there.

Do you go through a similar process when you’re creating new songs?

Zedd: I think it depends on the kind of song I’m working on. Some songs tend to be more sound design driven, where that little bit of a difference is within the sound. And sometimes that difference, which is probably more the case with my music, is within a chord.

I really like to make music accessible. I see music like language, where you can make it overly complicated. And then it becomes language for people who speak the language really well. Or it can be a language that more people can understand. And you can build in little things like a specific chord that is out of the ordinary that, you know, musicians, or people like that will be like, Oh, I know what he did there. But it doesn’t shock other people to the point where they don’t get it. That’s kind of how I approach my music.

But every song at a certain stage during production will require you to think about what’s going to make your song stand out from the other billions of songs. And that something can be a specific sound design.

In ‘The Last of Us Part II,’ music often speaks louder than words

You’ve just become a brand ambassador for HyperX, the gaming peripherals brand. What drove you toward this?

Zedd: When I got into PC gaming again, there was this moment of, well, I’m going to need everything. And I just did some research and I tried a bunch of headsets. And I just thought the HyperX headsets were by far the most comfortable, especially for longer periods of time. So I’ve just been using them ever since I got back into gaming.

Zedd: I think those are two different worlds, generally speaking. When you produce music, and this goes for headphones and speakers, they technically have to be flat, so that when you produce music, you know exactly what’s going on. While when you’re listening or when you’re gaming, you kind of want things sweetened a little bit because you don’t need to know the truth. It just has to sound good.

I think those two are somewhat different worlds, but they are definitely blending more and more together. And I think gaming headsets have progressed so far from back when I was 13. I think we’re in a completely different world now in terms of quality and what you get for your money.

When you’re playing games, do you find yourself paying attention to the sound design of the games and thinking, ‘hey, if I were doing this, maybe I would make this sound different’? Are you able to disengage, or is it always in the back of your mind?

Zedd: I think once you’re a producer in your mind, you’re always going to think about sound. And that’s partially, what made me want to make my own sound design for my skin line, because I play “Valorant” every day when I’m at home, and I know what I want to hear and feel. And especially when you lose a round because you heard something wrong, you know, then you’re like, ‘Okay, let’s figure out what’s wrong here.’

So yeah, it’s hard to disengage once you’re so deep into it. I would say that now that I know how the game works, on the audio level, it’s even harder for me to forget about all the knowledge.

As far as new gaming related initiatives, so do you have any plans coming up here? To buy an esports organization maybe? Or anything else?

Zedd: No esports teams for me just yet. I’d have to get better. For now, HyperX and I are working on a product together, some exclusive drops. That’s the only thing that’s on the horizon for me now.