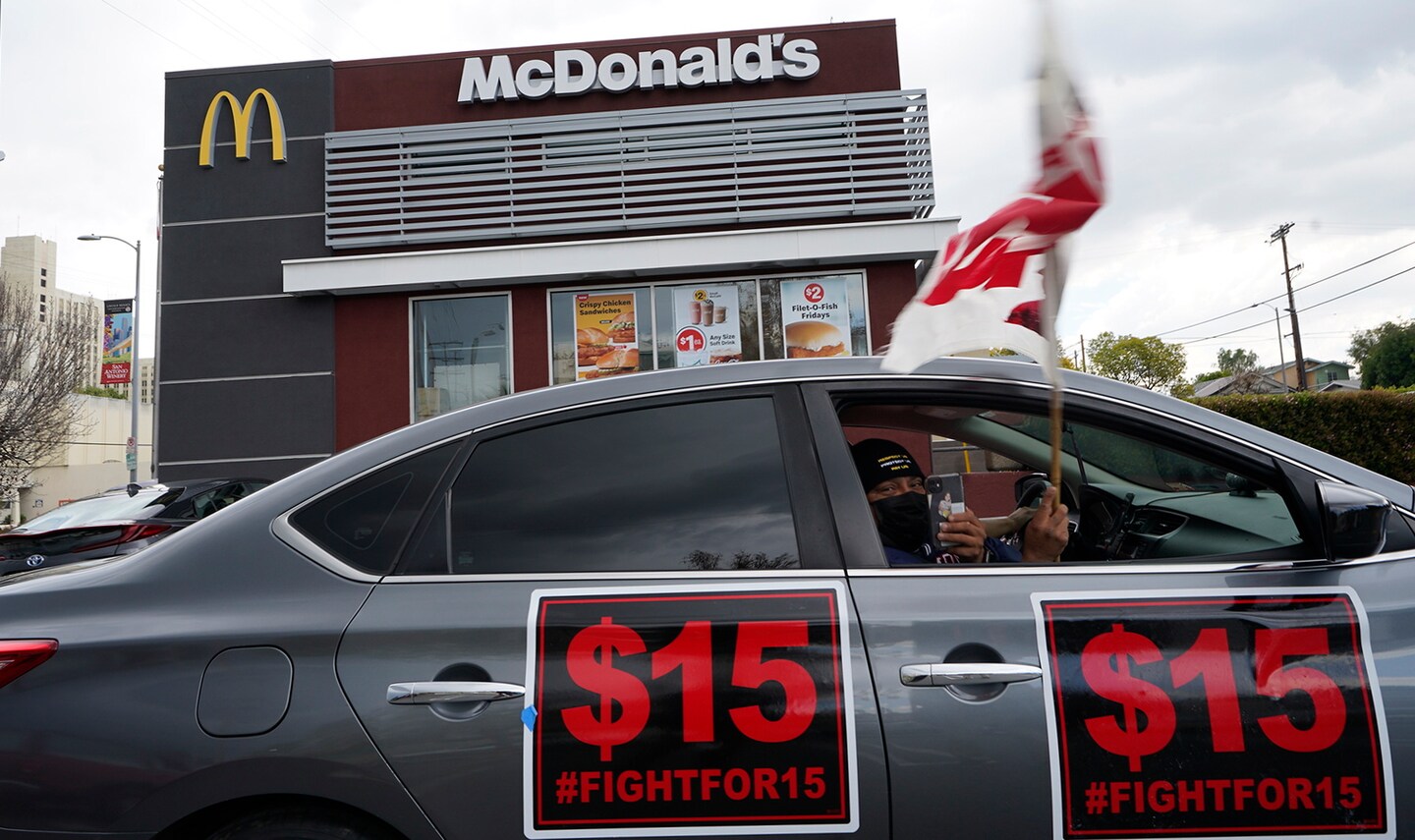 Amid what looks like thelargest labor organizing movement since the Great Depression, California lawmakers are considering legislation that would bolster protections for hundreds of thousands of the state’s front-line workers — and set a national standard for how our government advocates for the working class.

The Fast Food Accountability and Standards Recovery Act, or the Fast Recovery Act, would create a state-appointed council of workers, employers and state agencies that would collaborate to improve working conditions, benefits and wages for California’s 550,000 fast-food workers. The measure passed the state Assembly earlier this year (by one vote!), and appears likely to clear the Senate and reach Gov. Gavin Newsom’s (D) desk.

Led by the Service Employees International Union and Fight for $15 and a Union, more than 100 organizations and unions have endorsed the legislation. So have five cities and counties, including Los Angeles and San Francisco. Earlier this month, Rep. Ro Khanna (D) and seven of his colleagues in the California delegation in the U.S. House urged Newsom to support the act.

A coalition this far-reaching, with demands this urgent, cannot be ignored for long without consequences — because, in the end, this legislation is about more than one sector in one state. Two-and-a-half years into a pandemic, throughout which many leaders nationwide have doled out hollow praise to “essential workers,” California now has an opportunity to step up for them.

Why focus on fast-food workers? For one thing, low-income Americans have been hit hardest financially by covid-19 and faced thegreatest workplace exposure risk — and for California’s fast-food workers, this risk was especially pronounced. A UCLA study earlier this year showed thatfewer than half those workers were provided paid sick leave after a positive test result or exposure. Numerous safety violations reported at a McDonald’s in Oakland included telling a cashier with severe covid symptoms to lower her mask so she could breathe easier and finish her shift — and, when they ran out of masks, suggesting employees weardog diapers left behind by a customer. (The franchisee settled a lawsuit over the complaints without admitting wrongdoing, and the owner has denied the allegations.)One study found that California line cooks faced a 60 percent increase in pandemic-related mortality in 2020 — the highest of any occupation.

California’s fast-food workers also face what Fight for $15 has called a“crisis of violence.” Night shift employees arevulnerable to crime when other customers aren’t present to deter it. Between 2017 and 2020, at least 77,000 violent or threatening incidents took place at California fast-food restaurants.

In return for putting their health and safety at risk, these workers don’t even receive a living wage: Theiraverage hourly pay is nearly $6 less than the estimated living wage of $21.82. And a staggering85 percent of them report experiencing wage theft, such as meal break or sick leave violations.

The people subjected to these abuses come primarily from already-vulnerable groups: Two-thirds of California’s fast-food cooks and cashiers are women, and four out of five are people of color. To allow the status quo to remain unchallenged is to entrench inequities faced by many marginalized people.

The Fast Recovery Act would grant California’s fast-food workers a long overdueseat at the table. The biannual public hearings required by the measure would provide space for workers’ concerns to be addressed. Corporate franchisers would be accountable for violations that occur under their brands. And larger cities and counties would be allowed to establish their own fast-food sector councils, which could engage when a given challenge might not rise to the state level.

If enacted by California, as Khannaremarked, the measure could promote sectoral councils in other states, able to advance worker protections and establish and enforce industry-wide wage standards — which could help to close racial and gender pay gaps and reduce economic inequality. In fact, a comparableboard appointed in New York state helped pass the state’s $15 minimum wage for fast-food workers in 2015.

Opponents of the California bill, including the International Franchise Association and the U.S. Chamber of Commerce, have attempted to pit workers against small businesses to derail the bill. In truth, however, small businesses could also benefit from being at the table. The process would allow both franchisees and workers to help set policy that works for them — not just their corporate franchisors.

Through this legislation, Newsom — who has made his political ambitions abundantly clear — has an opportunity to demonstrate an as–yet–unproven commitment to protect the working class. But he has not taken a public position on the bill. When I reached out to his press office, a spokesperson said: “We don’t typically comment on pending legislation. The governor will evaluate the bill on its own merits if it reaches his desk.” Will the governor take this chance to advance vital protections for working people?

For more than two years, our government has praised working-class Americans as “essential workers” yet treated them as anything but. Across the country, these workers are demanding rights and protections they should have been granted on the day they were hired. California lawmakers have a responsibility: pass the Fast Recovery Act and show the nation what it means to show up for the working class.