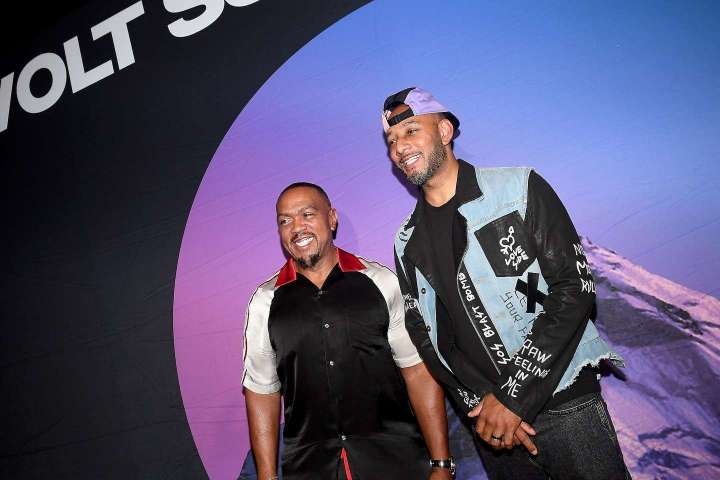 Triller acquired Verzuz, a webcast series pitting musical acts against one another, in January 2021 for an undisclosed sum. “This is a momentous occasion not only for Verzuz and Triller but the music business as a whole,” Swizz Beatz and Timbaland said in a joint statement at the time.

But the lawsuit alleges the company began missing payments in January 2022, skipping out on a large settlement promised in March.

“To date, Defendants have failed and refused to make any payment to [Swizz Beatz and Timbaland] of the past due sums due and owing,” the suit reads.

A social media app that looks and functions similarly to TikTok, Triller gained prominence in 2020 when a number of right-wing influencers joined the homegrown app.

A TikTok rival promised millions to Black creators. Now some are deep in debt.

The company has previously been accused of nonpayment. Last year, Triller boasted a new partnership with 300 Black creators, who would receive a collective $14 million along with equity for participating in the deal. Many of those creators, however, allege that the social media company began missing payments almost immediately, according to reporting in The Washington Post. Creators who produced custom shows for Triller TV, the company’s live-streaming service, also told The Post that the brand owed them tens of thousands of dollars.

Triller chief executive Mahi de Silva said in a statement to The Post at the time that the company “has met its financial commitments to the creators in this program and will continue to do so.” Regarding Triller TV, de Silva added “anyone owed has been paid or still has deliverables or brand approvals. The creators said they met all deliverables, and no outside brands were involved in their streams.

Many of the creators who signed deals with Triller say they have been left deep in debt, and are facing eviction and skipping meals to make ends meet.

Verzuz started out as an Instagram Live series in March 2020, as the pandemic took hold in America driving people online. Swizz Beatz and Timbaland challenged famous artists to live musical battles on Instagram — including Brandy vs Monica, Jeezy vs Gucci Mane, and Ashanti vs Keyshia Cole.

The series quickly became a cultural phenomenon, garnering 6 million views on a single episode, breaking Instagram’s live-streaming record, and winning a Break the internet Webby Award in 2020. In August of that year, Verzuz inked a partnership with Apple and Twitter, to expand its broadcasts outside of Instagram, allowing viewers to watch the battles on Apple Music.

As part of the terms of the deal, Swizz Beatz and Timbaland joined Triller’s management team, distributing a portion of their equity among the 43 performers who had appeared on Verzuz. “Both Triller and Verzuz share the ‘artist first, music first’ vision,” Bobby Sarnevesht, executive chairman and co-owner of Triller, said in an announcement at the time. “We view this acquisition as more of a partnership than an acquisition.”

Since the acquisition, Verzuz has continued to grow its power and influence online, becoming a go-to show for popular music artists to attract attention and generate buzz. Recently, Swizz Beatz and Timbaland announced a partnership with Amazon Studios for a feature-length documentary about Black music, inspired by Verzuz’s origin story. The documentary will use “poignant interviews, gripping vérité and magnetic archival footage,” to detail Black music’s impact on culture, according to Deadline.

But according to the suit, things began to sour in January, when Triller missed a large payment to the Verzuz founders. The company then agreed to a settlement requiring Triller to pay Swizz Beatz and Timbaland $18 million by March 20, with $1 million a month for the 10 months following. According to the lawsuit, Triller has missed every one of these payments.