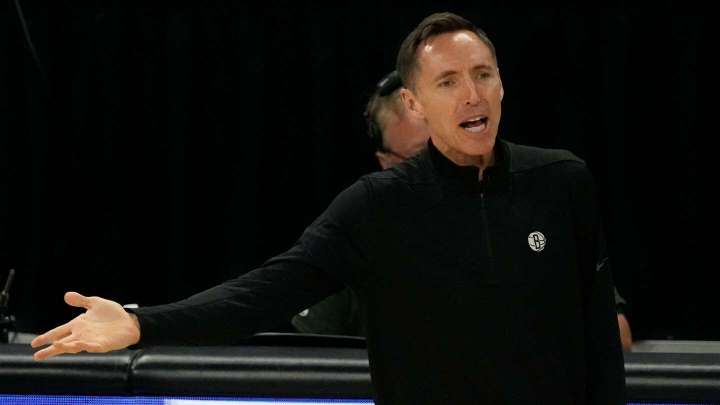 This is an excerpt from Ben Golliver’s NBA Post Up weekly newsletter. Sign up to get the latest news and commentary and the best high jinks from #NBATwitter and R/NBA delivered to your inbox every Monday.

Rewind one week, and Ime Udoka was still the toast of Beantown, a sharp mind with ex-player credibility and a commanding presence who seemed destined for a lengthy tenure with the Boston Celtics after the head coach delivering their first NBA Finals trip since 2010.

Now? Udoka’s role in an improper intimate relationship with a female colleague, for which he has apologized and received a season-long suspension from the Celtics, almost certainly spells an abrupt end to his Boston tenure. Celtics owner Wyc Grousbeck and president Brad Stevens sounded shocked and dismayed during a news conference Friday, and it’s unclear how Udoka could win back their trust or hope to recover his locker-room authority. What’s more, any return to the bench would probably be met with resistance from the Celtics’ female employees, many of whom were unfairly targeted by social media harassment during last week’s saga.

Boston, which tabbed 34-year-old assistant Joe Mazzulla as its interim coach, should be able to navigate the pending divorce more easily than Udoka. The Celtics boast a deep and tested roster led by all-star headliners Jayson Tatum and Jaylen Brown, a savvy lead executive in Stevens and a committed ownership group, on top of their proud history, large-market status and passionate fan base. Whenever they set to work finding a replacement, the Celtics should enjoy top pick among the available candidates. Udoka, meanwhile, may need to wait years before getting another head coaching job, much less one commensurate with Boston.

Udoka’s stunning implosion leads naturally into an annual rite of passage: Which other NBA coaches enter the season on the hot seat? Besides Boston, only four other teams — the Charlotte Hornets, Los Angeles Lakers, Sacramento Kings and Utah Jazz — will open the 2022-23 campaign with different coaches than they had 12 months ago.

Buckner: Robert Sarver said he wanted forgiveness. He really wanted us to forget.

That relative stability in the profession can be attributed, in part, to cyclical circumstances: Rookie coaches Chauncey Billups, Willie Green, Jamahl Mosley and Wes Unseld Jr. enjoyed varying degrees of success last season, but all performed well enough to avoid any talk of a one-and-done dismissal. This wasn’t the summer for the carousel to spin at full blast.

The most intense pressure this season will be felt by a pair of big-market coaches: Brooklyn’s Steve Nash and Philadelphia’s Doc Rivers. Neither name should be a surprise, given how the 2022 playoffs ended for their respective franchises. Kevin Durant, Kyrie Irving and Nets were swept out of the first round in humiliating fashion by the Celtics, while the 76ers again failed to reach the Eastern Conference finals despite another all-NBA season from Joel Embiid and a midseason blockbuster trade for James Harden.

Nash has survived Brooklyn’s early exit and a rocky offseason that included reports that Durant wanted him replaced. While Nets owner Joe Tsai publicly backed Nash and General Manager Sean Marks amid the summer furor, such vouching doesn’t last forever. Durant remains in the title-or-bust stage of his career with his 34th birthday approaching, and Irving is as enigmatic and disruptive as ever after he was unable to land an extension or force a trade this summer. Ben Simmons might be saying all the right things entering training camp, but he hasn’t taken the court in 15 months and is coming off back surgery in May.

Rarely does a team with as much top-end talent as the Nets feel so precarious. This year’s group could fall apart in countless ways: Durant could grow frustrated with his surroundings, Irving could check out on his teammates, Simmons could fold under the spotlight or the team defense could fail to jell and perform at a title-contending level.

Nash has typically responded to adversity by piling more responsibilities on Durant and deferring to his stars at every turn, strategies that have led to repeated injuries for his franchise forward and shaky chemistry from his underperforming groups. Harden bailed on the Nets in February before both Durant and Irving displayed their wandering eyes this offseason. Given that history and Brooklyn’s sky-high payroll, it’s hard to see how Nash could survive another year of disappointment and dysfunction. A star-friendly coach simply doesn’t have a leg to stand on unless the stars consistently reciprocate.

By comparison, Philadelphia’s situation doesn’t appear quite as dire. Rivers outlasted Simmons in a months-long feud, and he will benefit from an improved roster that added P.J. Tucker, De’Anthony Melton, Danuel House and Montrezl Harrell this summer. The 76ers have potentially surrounded Embiid with the best supporting cast of his career, an argument that will get easier to make if Tyrese Maxey takes another step toward stardom in his third season.

But heightened expectations will be a blessing and a curse for Rivers, who has overseen inexplicable playoff meltdowns in each of the past three seasons dating back to the Los Angeles Clippers’ disastrous bubble collapse.

The bar hasn’t moved. To be considered a success, Philadelphia must reach the Eastern Conference finals for the first time since 2001. Five different franchises have cleared that bar in the four years since LeBron James headed west in 2018. Yet Philadelphia has somehow fallen short time and again, getting beaten at the buzzer by Kawhi Leonard’s Toronto Raptors in 2019, getting swept by the Celtics in 2020, blowing Game 7 at home to the inexperienced Atlanta Hawks in 2021 and crumbling against the Miami Heat last season thanks to an untimely injury for Embiid and an equally untimely no-show by Harden.

It’s always dangerous for a coach when his team’s regular season performance won’t alter perceptions of his ability one iota, and Rivers finds himself in that vortex. Let’s imagine Philadelphia wins a franchise-record 69 games, Embiid claims MVP, Harden makes first-team all-NBA and Maxey earns his first all-star nod. How quickly would all that be forgotten if the 76ers bowed out before the final four yet again? Faster than Maxey running out in transition.