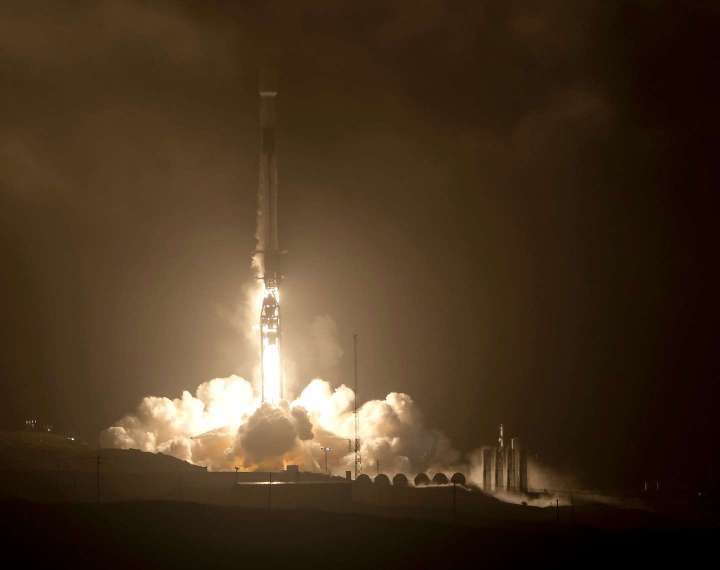 Rae Paoletta is the editorial director for the Planetary Society.

Who ever thought crashing into space rocks could be so useful to science — and to the defense of humanity?

On Monday, at 7:14 p.m. Eastern time, NASA will make history by forcing a kitchen-appliance-size cube to collide with an asteroid. Scientists will then be able to evaluate whether smashing into asteroids is a viable way to one day save the planet from dangerous objects, if it ever comes to that.

At first blush, the mission — titled Double Asteroid Redirection Test, or DART — might seem a bit silly (sorry, NASA). Smashing into an asteroid like a pool cue to an eight ball sounds like something Nathan Fielder might suggest in an episode of “Nathan For You.” You can almost envision the comedian calmly pitching a team of NASA engineers: “The plan? Save the planet from a dangerous asteroid by hitting it with a multimillion-dollar spacecraft.”

But NASA has serious hopes riding on the mission. If successful, it could change how we fund and develop planetary defense projects.

Asteroids are a notoriously sticky wicket. On one hand, they’re remnants from the birth of our solar system; relics from the beginning of everything — or whatever our slice of that is. On the other, asteroids have caused inconceivable damage to our planet. Roughly 66 million years ago, a 6-mile-wide asteroid slammed off the coast of what is now Mexico’s Yucatán Peninsula. A single asteroid robbed us of the chance to see pterodactyls soar across the sky, or to have them use us for food, depending on which way you look at it.

DART can’t undo the damage of past asteroid impacts, but it can help us prevent them in the future. With DART’s collision, scientists tested a planetary defense strategy known as the “kinetic impactor technique,” which aims to move — but not destroy — an object.

In DART’s case, the target was Dimorphos, a rock orbiting another, much larger asteroid called Didymos. (In astronomical terms, that makes Dimorphos a “moonlet.”) If all went as planned, DART will have nudged Dimorphos a bit closer to its parent asteroid, changing the time it takes to orbit around Didymos from from 11.9 to 11.8 hours — a small but significant change.

Thankfully, Didymos and Dimorphos pose no threat to Earth, so no matter what happened Monday, humanity is safe for now. But as near-Earth asteroids, Didymos and Dimorphos belong to a category of rocky bodies that require somewhat greater attention. According to NASA’s Center for Near Earth Object Studies, about 29,000 of these objects have been discovered. Of that number, a few thousand are considered “potentially hazardous,” but it’s hard to find exact figures.

While the threat of a massive asteroid actually hitting Earth is very low, when near-Earth objects (asteroids and sometimes comets) make their way into our atmosphere, the results can be devastating. In 1908, an asteroid or comet traveling at about 33,500 miles per hour blew up three to six miles over the Podkamennaya Tunguska River in Siberia. Exact details around that event, called the Tunguska Impact, are still shrouded in mystery. But the energy released during the explosion leveled entire forests, killing enormous swaths of trees and animals. It’s estimated the force of the explosion might have measured up to 15 megatons of TNT.

History repeated itself in 2013 — although thankfully to a much lesser degree — when a 65-foot asteroid exploded about 14 miles before reaching the ground above Chelyabinsk, Russia, creating an enormous cloud of gas and dust. The subsequent shockwave damaged 7,200 buildings across six cities and injured 1,500 people.

What makes asteroids and events such as this fundamentally terrifying is that they’ve been completely out of our control. The idea of an object randomly striking Earth and causing so much destruction is existentially daunting.

It’s true we can’t manipulate the path of every near-Earth object, but we can identify and track their orbits in greater detail than ever before. Plus, investing in planetary defense missions such as DART brings us closer to preventing what has always seemed unpreventable.

“Planetary defense” might sound like something out of a space thriller, like Michael Bay’s bombastic 1998 film, “Armageddon.” But it is not science fiction. In fact, my organization, the Planetary Society, has made defending the planet one of the core tenets of our mission. We strive to educate the public about missions such as DART, appeal to Congress for planetary defense funding and provide grants to amateur astronomers working to understand near-Earth objects.

Deflecting asteroids is ambitious work — quixotic, even. But so is saving the world. Both are worth the effort.