Woke is now a dog whistle for Black. What’s next? 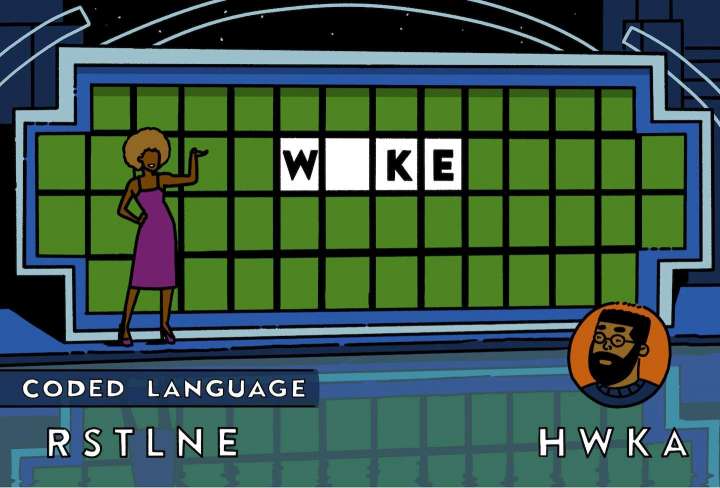 We live in “Democratic strongholds” like “Chicago,” but we’re also “socialists” and “low-information voters” taught “critical race theory” by “Marxists” so we can be “anti-American.” Our neighborhoods are “sketchy” and “depressed” “ghettos” filled with “thugs” and “transient” “Section 8” “renters” employable only through “affirmative action” “diversity” “quotas.” If we choose to play a sport, we are “naturally gifted,” “ungrateful,” “intimidating” and somehow both “aggressive” and “lazy.”

In the decades since I first became aware of the coded language used to indicate Black people, I’ve lost count of how many different euphemisms I’ve read and heard to describe, well, me. I even considered creating a drinking game where I’d take a shot each time I’d heard a racist dog whistle during a politician’s speech, but I probably would’ve died.

The newest addition to this glossary is CRT. You have Black teachers, Black administrators or Black school board members? That’s CRT. Black authors in your curriculum? CRT. You happen to teach a version of American history that doesn’t capitulate to the concept of American exceptionalism? CRT. Soon, CRT will be given sentience. It’ll be blamed for sham robberies, phantom murders and the NCAA’s transfer portal. Cops will stop and frisk CRT, and will plant guns on it when the search is clean. Parents will take their children out of schools, fearing that CRT will ask their daughters to the prom.

Absurd as this might seem, there’s an insidious intentionality behind it. The White anxiety about this obscure legal terminology was mostly invented and exacerbated by Christopher Rufo, a conservative activist who (rightly) thought that creating a CRT boogeyman was an effective way to galvanize White parents by putting a name to their fear of the decentering of Whiteness in America. Continents have formed in less time than it would take for that decentering to happen, but things like “time” and “reality” don’t seem to matter to the White parents distraught about Nikole Hannah-Jones.

Then there’s “woke” — a word I’d argue has undergone more shifts in connotation than any other word in the 21st century. When I was in college, in the late ’90s and early aughts, it was used exclusively by Black people to describe the Black people so socially conscious that it bordered on parody. Unfortunately, one of us left the gate open and said it in mixed company, and it eventually entered the mainstream as a synonym for political correctness. As I wrote four years ago in a New York Times essay about it, “You were woke if you recycled, or maybe just retweeted an infographic on the virtues of recycling.”

It expanded again during the Obama presidency, when it was used most frequently to articulate a specific type of White progressive performance. (Think Bradley Whitford’s character in “Get Out” saying he would’ve voted for Obama a third time.) It was around then that the right finally caught wind of it, since they are 20 to 60 years behind everything, and it became their umbrella for literally anything that even hinted at possessing a sliver of social consciousness. My favorite is how the NFL — the same National Football League that makes each game feel like Flag Day — is now too woke for some conservative sensibilities.

I’ve lost count of how many different euphemisms I’ve read and heard to describe, well, me.

Today, “woke” is mostly used by the right to signify the presence of Black people (or women) where they didn’t expect them to be. To them, the world is one big birthday cake, with a surprise crouched inside of it, ready to burst, and they’re expecting Kenny Chesney but they get Pusha T. It’s a bumbling linguistic jitterbug, where a historically Black place like Harlem wouldn’t be considered woke, but a politician from Harlem automatically would be. The NFL is 60 percent Black? Not woke. An NFL team hires a Black coach? Wokeness gone wild. A Black Little Mermaid? They took all the water out of the sea and replaced it with liquid, um, woke-ter. Fantasy franchise spin-offs “House of Dragon” and “Lord of the Rings: The Rings of Power” are now “woke,” because apparently elves, hobbits and fire-breathing dragons are more believable than Black people in Middle-earth.

It would be fun if “woke” continued to shift and became a synonym for sketchy. (“Be careful when you go there.” “Why?” “That neighborhood gets a little, um, woke after dark.”) But now I’m mostly interested in what’s next. The dog whistle glossary updates every five years or so. Words are retired — when was the last time you heard “ghetto”? — to make room for others. New contenders emerge each year. Anti-Blackness is limitless, so the pool of candidates to indicate the presence of Black people is bottomless. It could be something as innocuous as “grits,” or something as arbitrarily specific as MUMFAs (Monmouth University MFAs).

I’m usually not a fan of franchise reboots, but maybe we should go back to the source material, where racists don’t have to twist themselves into bigoted little knots. Just say n—-r with your chest.

Wait, that’s too offensive? Too explosive? Too dangerous to say in public? Whatever. Who’s the snowflake now?