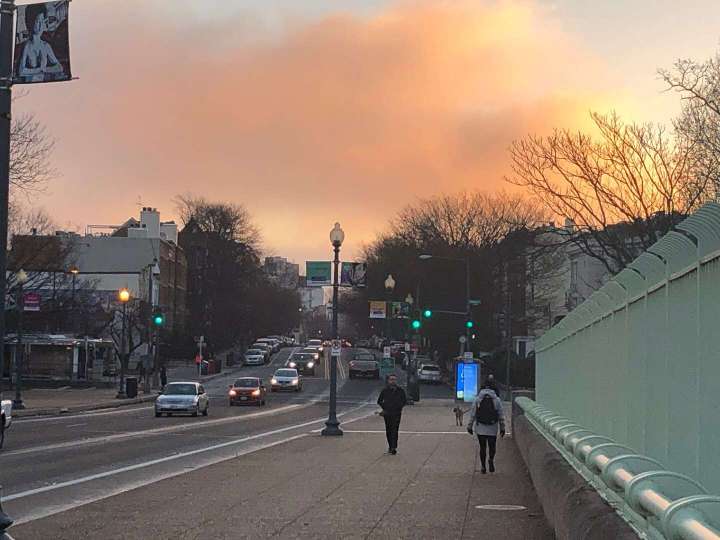 More than 40 years ago, a young woman — she had just graduated from college — jumped 125 feet to her death from the Duke Ellington Bridge over Rock Creek Park in Adams Morgan. Her death spurred her parents to push the city to erect an anti-suicide fence on the span, which was known as a “jumper’s bridge.” Six years later — after a rash of suicides, including four in 5½ months — the city installed eight-foot-tall barriers that have cut the number of suicides from the bridge.

Animating those grieving parents was a desire to spare others the loss of a loved one; it is the same thing now fueling Chelsea Van Thof to get similar lifesaving barriers erected on the William Howard Taft Bridge, the 115-year-old span that carries Connecticut Avenue across Rock Creek Park. On the night of April 13, Ms. Van Thof’s longtime partner, Peter Tripp, jumped to his death from the Taft Bridge; he was 29. Ms. Van Thof had been on the Ellington Bridge when she learned of Mr. Tripp’s death. After she had received a concerning text from him that night, she had gone in search of her partner and was looking through the suicide barrier on the Ellington Bridge when she saw the flashing lights of police cars below the Taft Bridge.

“I was infuriated,” she told The Post’s Theresa Vargas. “I was just infuriated that a bridge right next to an identical bridge didn’t have the same barrier.” Thus was born her public campaign for anti-suicide fencing at the Taft Bridge, and it seems to be working. The D.C. Transportation Department, WAMU’s Martin Austermuhle reported, has started assessing every bridge in the city to determine whether to add barriers. The department had initially said barriers were not under consideration.

Experts in suicide prevention point to research showing that nets and barriers decrease instances of deaths by suicide from bridges, without — as some had predicted — increasing instances at other bridges. Toronto built barriers at a bridge that averaged nine suicides a year; in the decade after barriers were installed, bridge-related suicides dropped to almost zero.

Had barriers been in place, would Mr. Tripp have found another way to die by suicide? There is no way to know. But many who end their lives do so impulsively. Jumping from a bridge requires little preparation — no gun, no pills — so blocking easy access to the edge can save lives. “I know he would be here,” said Ms. Van Thof. “It would have cut through the impulse.”

Proposals for suicide barriers often run into opposition, as critics question their costs and aesthetics. But this should matter most: Over the last 12 years, there have been 13 suicides from the Taft Bridge, accounting for half of all bridge-related suicides in the District for that period. The longer the city waits to erect suicide barriers, the more likely that lives will be lost.

If you or someone you know needs help, call the Suicide and Crisis Lifeline at 988. You can also reach a crisis counselor by messaging the Crisis Text Line at 741741.