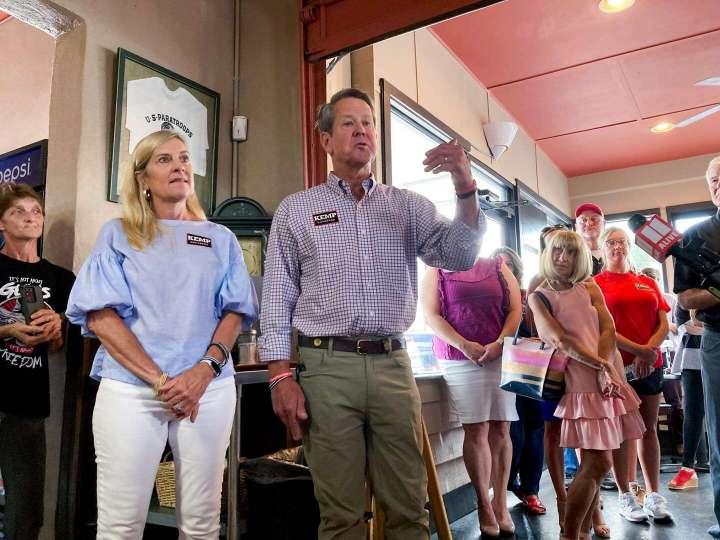 Abortion is not going to save Democrats this November. To see why, just look at the Georgia governor’s race.

Georgia is a purple state that handed Joe Biden the presidency and Democrats control of the U.S. Senate. In June, the U.S. Supreme Court ruling in Dobbs v. Jackson Women’s Health Organization sent abortion decisions back to the states. That put the issue squarely in the hands of governors such as Brian Kemp (R), who signed a 2019 law — which went into effect in July — that bans abortion in Georgia after the sixth week of pregnancy. Since the high court’s ruling, Bloomberg reports, the number of women signing up to vote in Georgia has outpaced men by 6 points, “with Democrats benefiting as the [abortion] issue pushes to the forefront.” That should spell doom for Kemp.

Yet, according to the New York Times, “Georgia Democrats have grown increasingly pessimistic about [Democratic gubernatorial nominee] Stacey Abrams’s chances of ousting … Kemp from office.” Kemp is leading Abrams in every major poll including a new Marist College poll that shows him with a commanding 6-point lead. By contrast, Georgia’s Republican Senate nominee, Herschel Walker, is trailing Democratic Sen. Raphael G. Warnock by 5 points in the same Marist poll, and by 2.1 points in the FiveThirtyEight average. There’s a reason Walker is trailing while Kemp is winning — and it’s not abortion.

The same is true in Ohio. In 2019, Gov. Mike DeWine (R) signed a law that bans abortion after fetal cardiac activity is detected, around six weeks into a pregnancy. Since the Dobbs decision, women have outpaced men in new voter registrations by 11 points in Ohio. Yet DeWine is leading his opponent by 17.4 points in the RealClearPolitics average, while Republican Senate nominee J.D. Vance is statistically tied with his Democratic opponent, Rep. Tim Ryan — leading by 1.2 points in the RealClearPolitics average and trailing by 0.6 points in the FiveThirtyEight average. Why is Vance struggling, while DeWine — who is directly responsible for Ohio’s abortion restrictions — is not?

That’s not all. In New Hampshire, Gov. Chris Sununu (R) signed a 24-week abortion ban last year. Yet he is leading his opponent by 19.9 points in the FiveThirtyEight average, while retired brigadier general Don Bolduc, the Republican Senate nominee, is trailing vulnerable Democratic Sen. Maggie Hassan by 7.3 points.

Abortion is also not the reason Republican Mehmet Oz is trailing Democrat John Fetterman — a man who had a stroke and struggles to put coherent sentences together — by 7.1 points in Pennsylvania’s Senate race. It’s not the reason, in Arizona, Republican Senate candidate Blake Masters is trailing his Democratic opponent by an average of 7.4 points. In each case, the GOP is trailing because they nominated weak candidates who are struggling for reasons that have nothing to do with abortion.

Right now, Republicans enjoy the most promising political environment in decades. Biden is one of the most unpopular presidents at this point in his tenure since Harry S. Truman. On his watch, we have experienced the worst inflation in 40 years, the fastest drop in real wages in four decades, the highest gas prices ever recorded, the biggest rise in food prices since 1979, the worst crime wave in many cities since the 1990s, and the worst border crisis in U.S. history. If Republicans can’t capitalize on that series of fiascos, then they need to take a good hard look in the mirror.

Indeed, the Dobbs decision could not have come at a better moment for the GOP. If the court had ruled when the economy was strong, inflation was low, crime was under control and the border was secure, things might be different. But today, the only Americans who have the luxury of voting on abortion are affluent liberal elites who are insulated from the economic disasters besetting the rest of the country.

And it looks as though any boost in Democratic enthusiasm the Dobbs decision provided may be fading. A Sept. 20 Economist-YouGov poll finds that Republicans now enjoy an 11-point advantage over Democrats in voter enthusiasm — and a 13-point advantage among voters who will “definitely” vote in November. And after a slight rebound late this summer, Biden’s approval is collapsing again. A Sept. 20 Reuters-Ipsos poll found his approval rating had dipped back to 39 percent — close to his record low in that survey — while a Washington Post-ABC News poll showed his approval at 39 percent as well.

The president’s party has lost, on average, 28 House seats and four Senate seats in midterm elections since 1934. This should not be an average midterm election. With all the serial catastrophes Biden and the Democrats have unleashed, there is no excuse for anything but a historic red wave this November.

If that red wave does not materialize, don’t blame the Supreme Court.