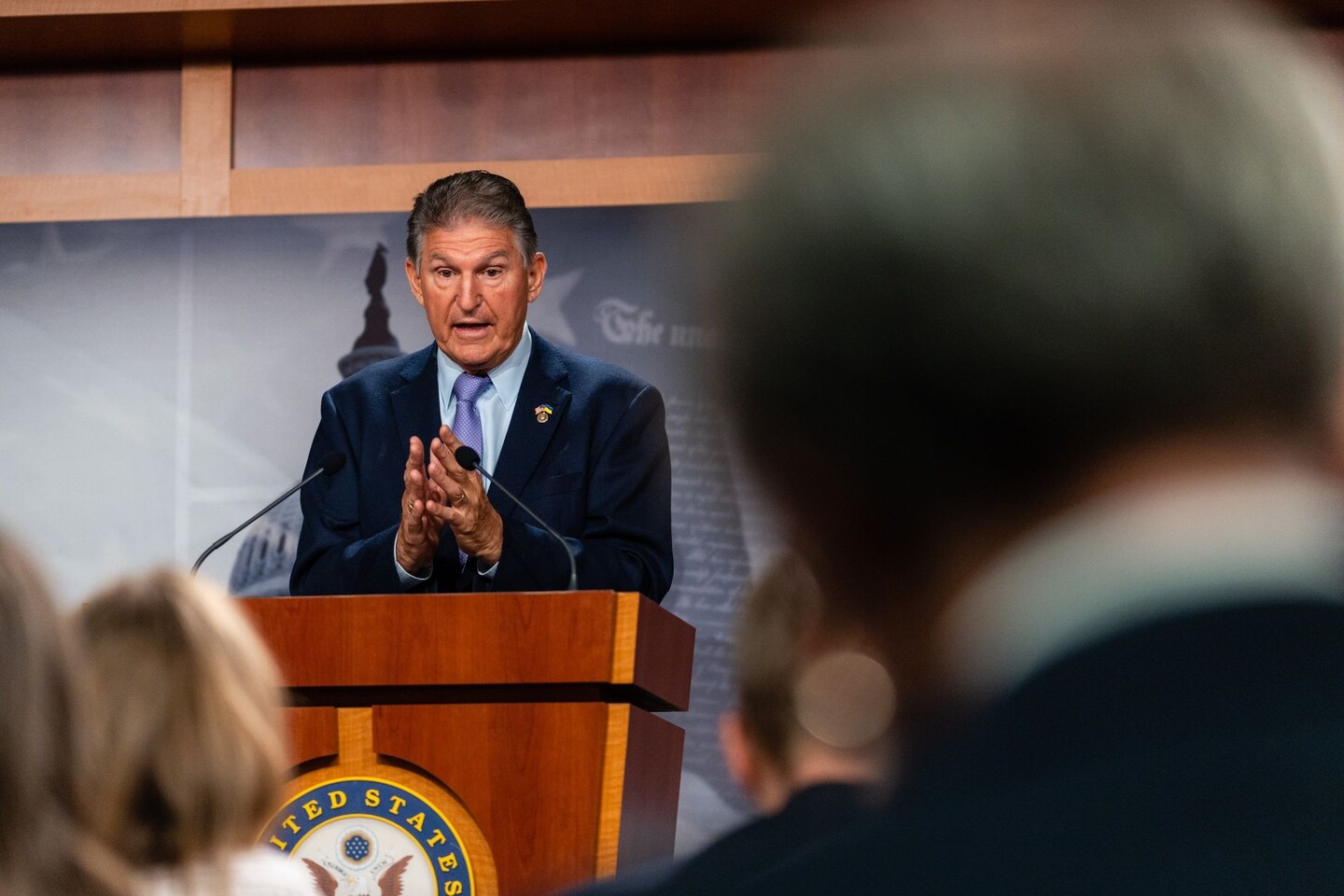 Top lawmakers have unveiled a short-term spending bill to avoid a partial government shutdown later this week, a sweeping measure that would provide more than $12 billion to Ukraine, steer millions to Jackson, Miss., to deal with its water crisis and deliver billions in domestic disaster aid.

The bill would fund the government through Dec. 16, giving negotiators more time to work out their differences and agree on government spending for the 2023 fiscal year. The bill, known as a continuing resolution and released late Monday, would avert a shutdown that would begin Saturday.

One element of the bill stands as a major obstacle to quick action — permit reform.

But now Republicans are seeking retributionagainst Manchin for his deal with Schumer.

“Revenge politics,” Manchin said at a Capitol news conference last week. “Republican leadership is upset, and they’re saying, ‘We’re not going to give a victory to Joe Manchin.’ … The bottom line is: How much suffering and how much pain do you want to inflict on the American people?”

Republicans made no effort to hide their effort to punish Manchin.

Sen. John Barrasso (R-Wyo.), a member of GOP leadership, called the Schumer-Manchin permitting deal a “political payoff” to Manchin. Sen. John Cornyn (R-Tex.) said the deal and Manchin’s crucial vote for the climate/health-care bill “engendered a lot of bad blood” among Republicans. “There’s not a lot of sympathy on our side to provide Senator Manchin a reward,” he said.

Senate Minority Leader Mitch McConnell (R-Ky.) said on the Senate floor last week that Manchin should be supporting legislation from his Republican colleague in West Virginia, Sen. Shelley Moore Capito. That bill “only needs Senator Manchin plus nine more Democrats to clear this chamber,” McConnell said. He added, “Otherwise it would appear the senior senator from West Virginia traded his vote on a massive liberal boondoggle in exchange for nothing.”

A Senate procedural vote to move ahead on the short-term spending bill is scheduled for 5:30 p.m. Tuesday, with many lawmakers focusing attention on whether to include the permitting process in the legislation.

Sen. Richard C. Shelby (R-Ala.), vice chairman of the Senate Appropriations Committee who worked on the spending bill, said in a statement that “we have made significant progress toward a Continuing Resolution that is as clean as possible. But if the Democrats insist on including permitting reform, I will oppose it.”

Some Democrats who also oppose the energy permit provision said they will nonetheless vote for the continuing resolution.

The bill includes a package of aid to Ukraine in its fight against Russian forces, which invaded the country in February but have struggled on the battlefield. Among the funds are $3 billion to provide military assistance, including training, equipment, weapons and logistics support; $1.5 billion to replenish U.S. stocks of equipment provided to Ukraine or to foreign countries that have provided support; and $2.8 billion for continued military, intelligence and other defense support.

An additional $35 million will go to fund responses to “potential nuclear and radiological incidents” in Ukraine, and prevent that material from being stolen.

Domestically, $1 billion will go to help support families struggling with the cost of heating their homes this year and offset the costs of extreme weather events. An additional $20 million will go to water infrastructure projects in Jackson, Miss., whose 160,000 residents no longer have safe drinking water, which was declared an emergency in August by Biden.

The continuing resolution also includes $2 billion to respond to the ongoing effects of disasters this year and last. It also transfers funds from a disaster response program at the Defense Department to a program at the State Department helping resettle Afghans.

There is $112.5 million to improve security at U.S. courthouses and federal facilities, and money to extend the National Flood Insurance Program is also included in the legislation.

Congress has days to work out its differences and get legislation to Biden for his signature. If Republicans and some Democrats succeed in blocking the bill on Tuesday’s procedural vote, it is possible that Schumer will jettison the permit provision and push for another vote on the measure. The House returns Wednesday and could vote on the bill with just hours to spare.

Rep. Rosa L. DeLauro (D-Conn.), chairman of the House Appropriations Committee, said she is “extremely disappointed” that the permitting deal is attached to the much-needed spending legislation but urged colleagues to support it.

The bill “includes funding to help communities across the United States recover from floods, wildfires, and hurricanes — natural disasters that are becoming more frequent and extreme as the climate crisis worsens. Additionally, with Russia holding fake elections to annex parts of Ukraine, the Ukrainian people urgently need our support to continue protecting their families and defending global democracy,” she said in a statement.