A GOP’s hidden disadvantage: An unhappiness with itself 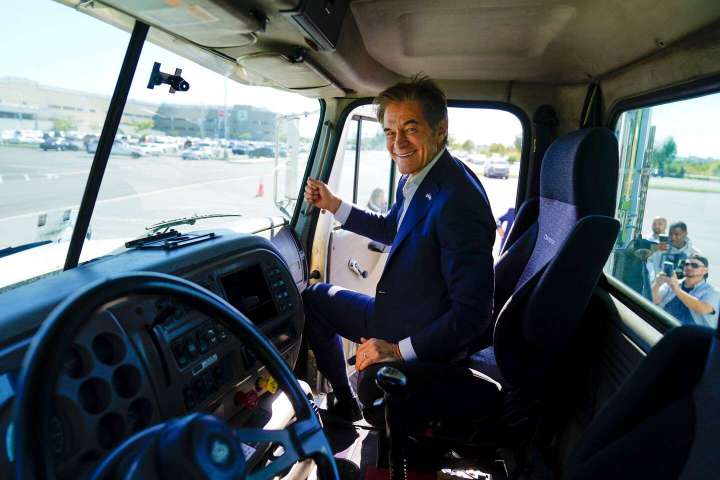 Republicans and Democrats disdain each other at an equal rate: 95 percent of Democrats have an unfavorable view of the GOP, and 97 percent of Republicans feel the same way about the Democratic Party.

But the parties don’t hate themselves equally. For seven years, a stable 8 in 10 Democrats have said they view their own party favorably. During that same time, the GOP has been on a roller coaster of happiness and discontent:

Republicans view their party more favorably now — a consequence due partly to changes wrought by Donald Trump — but this data reveals a deep, underlying distrust between GOP voters and elected officials. As soon as the GOP loses a battle — such as the fight to repeal and replace the Affordable Care Act or the 2020 presidential election — its voters flip from a “favorable” to “unfavorable” view of their own party.

The GOP’s easily disaffected base has made Republican primaries increasingly volatile — and may decrease the party’s chances of retaking the Senate.

The GOP’s run of restlessness — and Democrat’s era of calm — began more than 10 years ago. At that time, Barack Obama was president. Democrats had passed the Affordable Care Act, expanded regulation of the financial industry and spoke often of their supposedly “permanent” electoral majority.

Democrats were happy with their party, and they didn’t rock the boat much — but Republicans felt differently:

The GOP’s anti-establishment, populist wing blamed its own leaders for the disappointments of the Obama era. The critique from this part of the party was simple: The Republican ruling class compromised too much, lost elections too often and was insufficiently “conservative” (a term that meant different things to different parts of the base). So grass-roots Republicans started voting against their own leaders.

The result: self-distrust and resentment became features, rather than bugs, in GOP politics. Republicans from both the blue-collar and white-collar wings now feel free to move from a “favorable” to “unfavorable” view of their party.

And Republican politicians must constantly look over their shoulders, weighing whether each vote or tweet will saddle them with an unwanted challenge from a still-growing bloc of anti-establishment voters.

Distrust may cost the GOP a Senate majority (again)

Apart from candidates, the insurgent wing has scored real wins, moving the party to the right on policy matters. The GOP has committed itself to broad new immigration restrictions, doubled down on such cultural issues as local school curriculums and parents’ rights, and has, with varying success, advanced an “America First” trade and foreign policy.

But the anti-establishment wing also lines up behind extreme, inexperienced or otherwise flawed candidates. In 2022, they backed multiple candidates who had never run for office before — and they’re struggling:

Pennsylvania and Arizona stand out. Both are purple states — and, in a close election like 2022, they should be more competitive. But Blake Masters, the Arizona candidate for U.S. Senate, has struggled to raise funds, and Mehmet Oz, a celebrity doctor running for the same office in Pennsylvania, can’t sustain an attack on Democrat John Fetterman. More skilled candidates would overcome these problems.

And if Herschel Walker — a former NFL star plagued by personal scandal — is within striking distance of Democratic Sen. Raphael G. Warnock in Georgia, a more experienced campaigner might enjoy a comfortable lead by now (as Georgia Gov. Brian Kemp, a conventional politician, does in his 2022 reelection bid). In New Hampshire, Republican Don Bolduc trails as he tries to walk back the conspiracy theories that won him the nomination.

But for now, rampant distrust is a continuing problem for the GOP — and a reflection of a party still at war with itself.