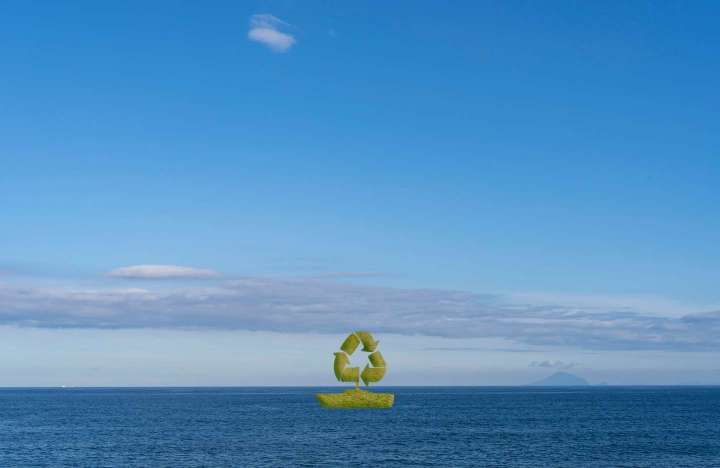 The small cruise ships of the Hurtigruten fleet, which serve Norway’s picturesque coastal routes, are painted red and black. But on the inside, they are green, according to the company.

A decade ago, the cruise line ditched heavy fuel oil in favor of cleaner-burning marine gas oil. More recently, it stripped all single-use plastics from its fleet. It added three new hybrid ships that partially use battery power, cutting emissions by 20 percent. And this year, it announced it would introduce its first zero-emission ship by 2030.

“Sustainability isn’t a marketing exercise for us,” says Daniel Skjeldam, CEO of Hurtigruten Group. “It’s a core part of our business.”

Historically, cruise lines haven’t exactly been model citizens when it comes to environmental protection. So when a cruise ship claims to be green, travelers have every reason to be skeptical. With consumer interest in green travel on the rise, many cruise lines are making bold environmental claims and hoping to get your business.

Question is, do they deserve it?

Most do not, to hear environmental advocacy groups talk about it. The latest cruise ship report card issued by Friends of the Earth gives most major cruise lines failing grades for inadequate sewage treatment, air pollution and lack of transparency. The highest-scoring cruise line was Regent Seven Seas, with a C+. (Hurtigruten did not receive a rating from the organization, which graded only major cruise lines.)

Marcie Keever, the oceans and vessels program director with Friends of the Earth, said cruising remains “one of the dirtiest vacation choices.”

Still, cruise lines are trying to be greener. Among the major cruise lines, MSC Cruises, which received a D+, is among those talking the loudest about sustainability. It introduced low-emissions exhaust gas cleaning systems last year, which it says reduces sulfur dioxide emissions by 98 percent. It also fitted its fleet with certified ballast water treatment systems and announced plans to reduce onboard water demand by three percent per year for each ship by monitoring usage, installing water-saving technologies and training crew members.

The riverboat cruise line Uniworld is also one of the most vocal when it comes to the environment. (The company, like Hurtigruten, did not receive a Friends of the Earth rating.) This year it introduced an environmental impact report, detailing progress against 11 sustainability goals. They include reducing food waste by 50 percent across all ships by 2025 and building sustainable ships that run on cleaner fuels.

On Hurtigruten’s ships, an oversized, four-bin recycling sorter with the words “you are the difference — reduce, reuse & recycle” emblazoned on it, greets passengers as they check in. Small shampoo and conditioner bottles and soaps have been replaced with large dispensers in the cabins. In its onboard lectures, the crew also discusses the fragile marine ecosystem and the company’s responsibility to preserve it.

As with other travel industry companies, there’s no universally accepted green certification for cruise lines. The Green Marine certification is a voluntary environmental certification program for North America’s maritime industry.

The certification guarantees “that the operator has undergone a rigorous vetting process of their sustainability practices and has agreed to do so on a regular basis,” says Jeremy Clubb, owner of Rainforest Cruises, a tour operator that specializes in riverboat and small ship cruise packages in the Amazon and Southeast Asia.

No certification is required or has risen to the level of a universally accepted guarantee of good environmental citizenship.

Confusing, isn’t it? James Newcombe, CEO of the tour operator French Waterways, says travel advisers do their best to differentiate between truly green businesses and those that are all talk. When he vets a cruise partner, he always looks for conscious environmental choices, such as reducing energy consumption and waste or securing a Blue Flag marina certification. The Blue Flag, a certification by the Foundation for Environmental Education, certifies the environmental commitment of cruise companies, marinas and beaches.

Lately, Newcombe has been recommending Avalon Waterways, a riverboat cruise operator, to his clients with green concerns. The cruise line last year pledged to introduce a fully electric river cruise boat by 2027. “A real green pledge can be evidenced by a company’s visible efforts to strive toward a greener future,” he says.

There are no recent studies that suggest customers are demanding more environmentally conscious cruises. After conversations with several cruise passengers, I concluded that having a fleet of sustainable and less wasteful ships is a selling point, but not a primary consideration.

For example, Blake Brossman, a frequent cruiser who owns a small business in Lynbrook, N.Y., recently took a cruise from Miami to the Bahamas that promoted itself as green.

“All I cared about was that it was affordable, and it was going straight to the Bahamas,” he says. “It was just a bonus for me that it also happened to be a green cruise.”