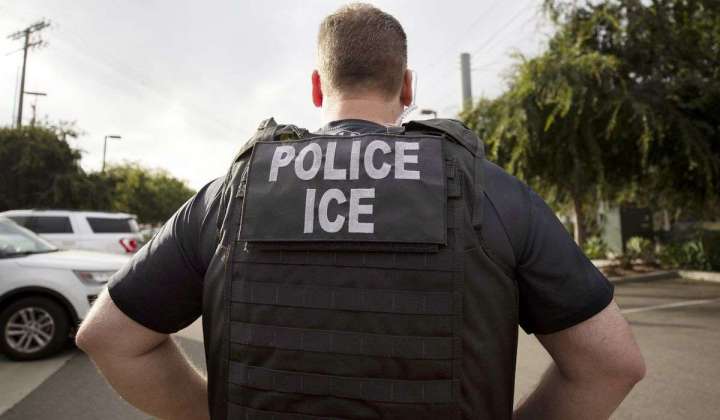 A suspect in the September 2014 disappearance of 43 Mexican college students was caught after climbing over a border wall, and was turned over to Mexican authorities Wednesday, U.S. Immigration and Customs Enforcement announced Thursday.

Alejandro Tenescalco-Mejia was caught by immigration officers on Dec. 14 after crossing over a border wall near the Santa Teresa port of entry in New Mexico, 20 minutes from El Paso, Texas.

After being caught, Mr. Tenescalco-Mejia was detained until being handed over to Mexican authorities by Enforcement and Removal Operations officers on Jan. 18.

“ERO made good on its promise to protect the American people by removing a suspected violent criminal back to his home country. The ongoing cooperation between ICE and our Mexican counterparts resulted in holding another fugitive accountable for his actions,” said ERO El Paso Field Office Director Mary De Anda in the ICE announcement.

Mr. Tenescalco-Mejia was a police supervisor in the town of Iguala in Mexico’s Guerrero state when, on Sept. 26, 2014, 43 male students from the Ayotzinapa Rural Teachers’ College were abducted.

Mexican authorities accused corrupt municipal police of handing over the 43 students to drug gangs, who then killed the students and burned the corpses. As a police supervisor, Mr. Tenescalco-Mejia is considered “one of the main perpetrators,” by Alejandro Encinas, head of the Mexican government’s truth commission on the incident, according to the Associated Press.

Mexican officials have charged Mr. Tenescalco-Mejia with kidnapping and organized crime, and had offered a $500,000 reward for his arrest.