The new prohibition: Anti-natural gas frenzy spreading across the U.S. 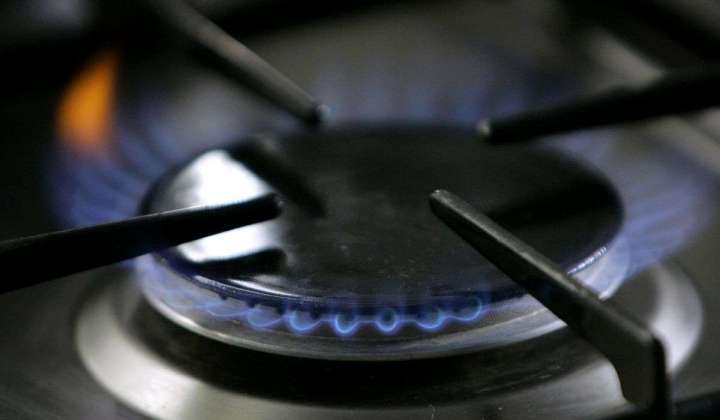 The Biden administration, facing public backlash, has dropped plans to consider banning gas stoves, but that hasn’t slowed down Democratic-leaning states, cities and towns that are moving to force residents and businesses to switch to all-electric appliances.

A mandate to go all-electric is a bold gambit in the war to eliminate fossil fuels because it would increase demand on a power grid that relies heavily on fossil fuels.

Montgomery County, Maryland, just outside Washington, was among the latest jurisdictions to ban natural gas for heat and appliances in new residential and commercial buildings. The County Council voted in December to require new construction to use only electric energy by the end of 2026. The D.C. Council voted to impose a similar ban on natural gas earlier last year.

New York Gov. Kathy Hochul, a Democrat, announced this month one of the most aggressive statewide proposals of its kind: the elimination of natural gas hookups in new construction starting in 2025. The plan, which she said is necessary to fight climate change, would end the sale of all fossil-fuel-powered heating equipment across the state by 2030.

Dozens of jurisdictions in California, including Berkley, San Francisco and San Jose, have banned natural gas appliances and heating. In Los Angeles, the Department of Building and Safety recommended in October that the city require new construction to use only electric energy.

The American Gas Association said roughly 85 localities across the country have adopted some prohibition on the use of natural gas.

“It’s obviously spreading, like a virus,” Rachael Wilfong, a researcher at the Center for Energy, Climate and Environment at the conservative Heritage Foundation, told The Washington Times.

Energy policy analysts say more states and municipalities will soon force residents and businesses to give up their gas stoves, fireplaces, water heaters and furnaces and switch to all-electric heating and appliances.

Climate change activists, who are lobbying for states and the federal government to ban fossil fuels, want complete electrification of cities and towns. They say it would help end fossil fuel use as more solar and wind power is worked into the nation’s energy grid.

Advocates of fossil fuel point out that electrical grids rely mostly on coal, natural gas and nuclear power and derive only a small portion from renewable energy such as wind and solar. That means switching to electric stoves isn’t really producing green energy.

In New York state, renewables, mostly hydroelectric plants, powered 22% of the energy grid in 2020, according to the EIA. Wind and solar made up less than 2%.

“Even if you believe in the climate science, there is no way replacing gas stoves with electric is going to make a difference,” Steve Milloy, a senior fellow at the Energy and Environment Legal Institute, a fossil fuel advocacy group, told The Times.

Mrs. Hochul explained in her address to the New York Legislature on Jan. 10 the reasoning behind her proposal. She told lawmakers that buildings are the largest sources of emissions in New York and account for a third of the state’s greenhouse gas output “as well as pollution that aggravates asthma and endangers our children.”

As she was pitching a statewide fossil fuel ban, the Biden administration was rushing to assure the public that the federal government did not support a plan to ban gas stoves.

Biden officials were backtracking on a statement from Richard Trumka Jr., a member of the Consumer Product Safety Commission, who said the panel would consider banning gas stoves because a study showed that they can cause asthma and are harmful to the environment.

“Products that can’t be made safe can be banned,” Mr. Trumka told Bloomberg News.

Mr. Trumka cited a study released this month that said gas stoves pollute the air and cause more than 12% of all childhood asthma.

The figure was derived from an analysis of past studies, including one that tested gas stove emissions after sealing a room with plastic wrap to eliminate all ventilation. The report was co-authored by the Rocky Mountain Institute, which seeks to cut greenhouse gas emissions by at least 50% by 2030.

Other data shows no correlation at all between gas stoves and asthma.

“A lot of the code changes occurring at the local level are being informed by controversial research on gas appliances and health that is not based on a real-world environment,” Steve Everley, managing director of the energy and natural resources sector at FTI Consulting, told The Times. “There is a considerable body of research showing that indoor air quality issues are driven more by the act of cooking itself and that the most practical solution is using range hoods and other ventilation as manufacturers already recommend regardless of which type of stove you’re using.”

Mr. Trumka’s threat to ban gas stoves created immediate backlash and ridicule of the Biden administration. An estimated 40% of all U.S. stoves are powered by gas, and many Americans prefer that method to cook their food.

“This is a recipe for disaster,” Sen. Joe Manchin III, West Virginia Democrat, said in a Twitter post. “The federal government has no business telling American families how to cook their dinner. I can tell you the last thing that would ever leave my house is the gas stove that we cook on.”

The creeping ban on natural gas is facing opposition. Florida and 19 other states, most with Republican-controlled legislatures, have passed bills prohibiting local governments from restricting natural gas use.

“You cannot go down this road,” Mr. DeSantis said. “But that is exactly what they want to do.”

Washington state banned natural gas hookups in all new commercial construction and certain residential buildings beginning in July. In Colorado, Denver and Boulder are considering bans on natural gas appliances and heating in new homes and other buildings.