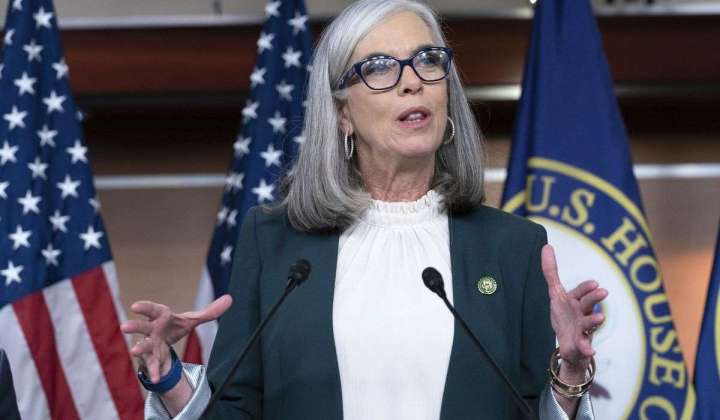 The adult child of House Minority Whip Katherine Clark, Massachusetts Democrat, was arrested during protests Saturday night in Boston and charged with assaulting a police officer and other crimes.

The Boston Police Department said 23-year-old Jared Dowell, who goes by Riley and claims to be nonbinary, was observed spray-painting anti-police phrases associated with Antifa on a monument downtown.

The protests were in response to last week’s police killing of 26-year-old activist Manuel Esteban Paez Tera in Atlanta after he fired on law enforcement. What began as peaceful protests in that city over the weekend also turned violent, resulting in damaged businesses and torched cop cars.

The suspect was charged with assault by means of a dangerous weapon, destruction or injury of personal property, and damage of property by graffiti/tagging, according to police, and will be arraigned in Boston Municipal Court at a time that was not immediately specified.

In a statement, Ms. Clark called the arrest “a very difficult time in the cycle of joy and pain in parenting.”

“This will be evaluated by the legal system, and I am confident in that process,” she said.

Police said 27-year-old Andrea Colletti was arrested in the same incident after attempting to flee on foot. She was charged with damage of property by graffiti/tagging, destruction or injury of personal property. and resisting arrest.