Authoritarian powers granted during COVID-19 pandemic difficult to claw back 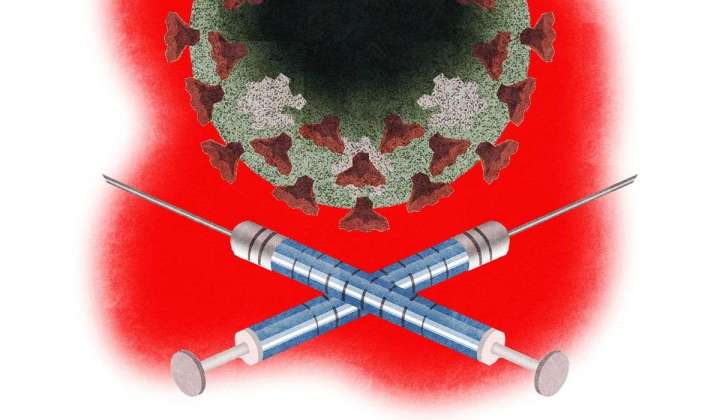 Some things are hard to give up.

Take the extra-constitutional powers governments have exerted because of COVID-19. Officials in otherwise self-governing republics got a zesty taste of what it would be like to operate under an authoritarian regime.

As the Wuhan virus morphs into multiple variations that appear to be less dangerous than the original strain, some authorities don’t want to let go of vaccine or mask mandates. Authority, once granted, can be difficult to claw back.

For instance, why is the Biden administration extending the vaccination mandate on anyone flying into the United States? It can’t really be about protecting us from infectious visitors. Not while millions of unvaccinated illegal aliens are pouring in over the southern border, with more on the way.

And now that we know much more about the COVID-19 shots, can we please stop punishing our soldiers, sailors and airmen who were kicked out without pay for declining to submit to them?

The Biden administration, which concocted the military vaccine mandate, finally ended it on Jan. 10. It had been a condition of service since Defense Secretary Lloyd Austin imposed it in August 2021.

The policy might have made sense at a time when we knew less about COVID-19 and the limits of vaccine effectiveness. Service members are routinely required to get a raft of inoculations. But it made no sense after the Centers for Disease Control and Prevention acknowledged that the shots, which were approved without longitudinal studies, don’t prevent either infection or transmission.

Both the Pentagon and the White House say they still oppose lifting the military mandate but had little choice because Republicans made it a must-include provision of the 2023 National Defense Authorization Act. Good for the elephants.

About 8,500 active-duty, reserve and National Guard service members were discharged over refusing the shots. More than 17,000 from all the services requested religious exemptions, but only 864 received them, along with another 816 who got medical exemptions.
This past week, the Pentagon confirmed that none of these people would be reinstated with back pay.

“At the time that those orders were refused, it was a lawful order,” said Air Force Brig. Gen. Pat Ryder. “So I’ll just leave it at that.”
This kind of stiff-arming is not going to help recruitment, which is in the dumpster. The military’s bizarre, trans-friendly and race-baiting indoctrination programs under the woke Biden Defense Department have already alienated the very people most likely to sign up to serve. That would be those who hold traditional views of God and country and those from families of service members.

Lots of them are in “flyover country” and the South, which are held in contempt by coastal elites who think that patriotism is not only stupid but evil.

For insight into what elites really think about the rest of us, see the summaries from the just-concluded World Economic Forum in Davos, Switzerland. That’s where the world’s ruling class gathers each year to plot the end of nations as we know them. They despise patriotism, preach environmental extremism and openly pine for a “Great Reset.” They are working to subordinate the free and prosperous West to a redistributionist global authority.

Another round of COVID-19 would help them gain more centralized power, but right now, they are using climate change and ESG pressure on corporations to bring everyone under their control. Rhetoric from Al Gore and John Kerry about pending catastrophes was way over the top. Their message: Submit to us, or you and your children will die.

And you thought the weasels in Washington grasping for more tax money while spending trillions we don’t have were bad?

Finally, there is the great unexamined story of adverse vaccination effects, any mentions of which have been ruthlessly suppressed by our government. Elon Musk’s release of the Twitter Files has only just begun to reveal how boldly the Biden administration’s executive and security agencies shredded the First Amendment by pressuring Big Tech to act as a censor.

If you’re like me, you know otherwise healthy people who have died mysteriously after getting the shots or who have suffered seizures and other serious symptoms. People with underlying vulnerabilities may have benefited from the inoculations, especially when the virus was more lethal. But there is no believable excuse anymore for lockdowns, mandates or vaccine “passports.”

Reports are accumulating from around the world about the so-called vaccines’ ineffectiveness to stem infection or transmission.

The ruling elites don’t think so, and they like calling the shots.

• Robert Knight is a columnist for The Washington Times. His book, “Crooked: What Really Happened in the 2020 Election and How to Stop the Fraud” (D. James Kennedy Ministries, September 2022), is available at his website, roberthknight.com, and at djkm.org/crooked.