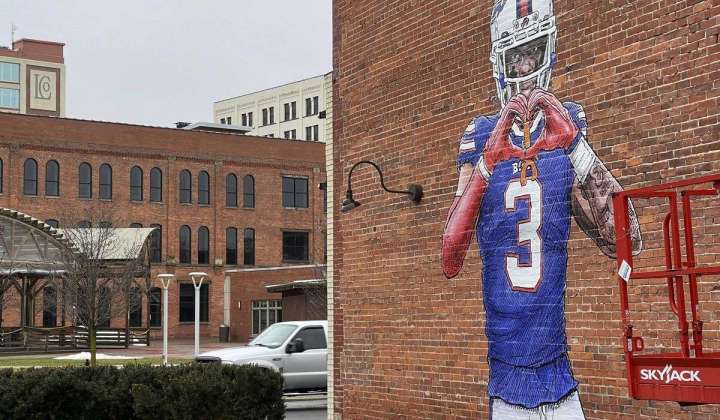 Damar Hamlin attended Sunday’s AFC divisional game between the Buffalo Bills and the Cincinnati Bengals, visiting with Bills teammates in the locker room before kickoff.

Hamlin‘s return to the Bills’ stadium comes nearly three weeks after the Buffalo safety suffered cardiac arrest in a Monday night showdown against Cincinnati. The 24-year-old received CPR on the field and was transported to a Cincinnati hospital, but has since recovered enough to be back in Buffalo.

Cameras captured Hamlin‘s entrance into the locker room, as well as him taking an elevator to watch the game in a suite. The Bills-Bengals’ regular season showdown was canceled after Hamlin‘s incident and the two teams advanced to meet each other in the postseason.

Damar Hamlin heads up to the suite #Bills pic.twitter.com/pYJDnF6Zr3