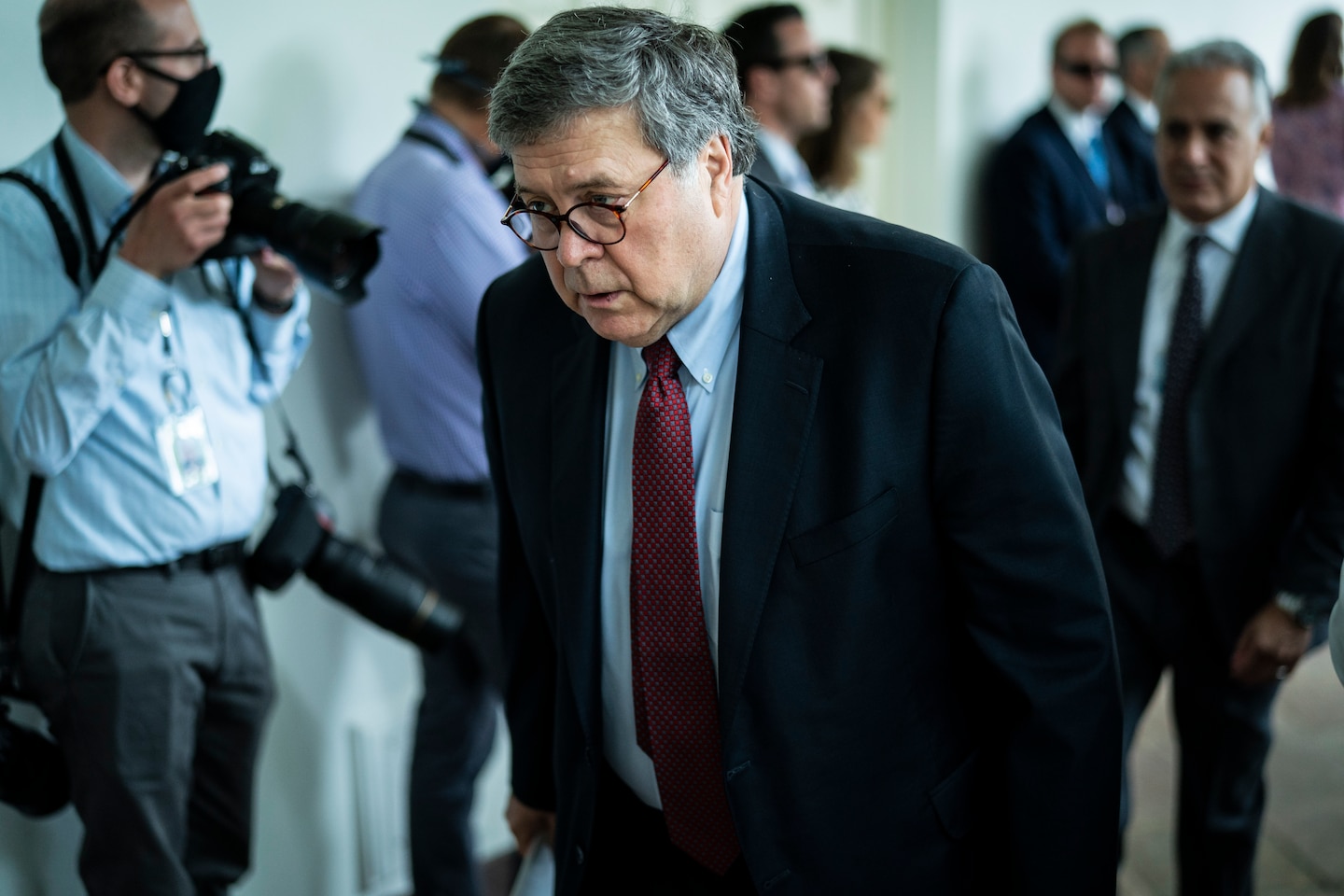 Then Berman denied it.

Then Barr announced, the next day, that Trump had fired Berman anyway. Berman agreed to step down.

Since then, the question was: What on Earth had happened?

Did something get mixed up? Or was this part of a botched effort to force Berman’s removal, in which Barr actually lied to the American public about what transpired?

Berman is testifying that it’s decidedly the latter.

In an opening statement ahead of his closed-door congressional testimony on Thursday, Berman doesn’t allow for the idea that there was some misunderstanding. He instead says he was explicit about his intentions and repeatedly resisted Barr’s entreaties to take other jobs in the government — and even Barr’s warnings that being fired would hurt Berman’s career.

The combined effect: Under oath, Berman describes a version of events that involves the attorney general of the United States lying about the removal of a man who had scrutinized the president and attempting to run an end around to replace him with a Trump loyalist.

Berman says the drama began June 18, when Barr’s office requested a meeting the following day. Here’s a quick recap of what Berman testified went down:

But the two never spoke again, according to Berman. Instead, less than two hours after their Friday night phone call, Barr announced that Berman had stepped down and would be replaced by a fellow U.S. attorney, Craig Carpenito, in an acting capacity. Clayton would be nominated for the full-time job.

But then Berman issued a statement denying he had stepped down. This forced Barr to announce the next day, June 20, that Trump had fired Berman. And it meant that Barr would have to replace Berman with Strauss rather than Carpenito.

Berman indicates in his testimony that, despite his belief that Trump couldn’t fire him, he agreed to accept his termination. He did so in the knowledge that Strauss would get the job rather than Carpenito, whose installation Berman says “would have been unprecedented, unnecessary and unexplained.” Berman calls Strauss’s elevation a “critical concession” from Barr.

The testimony reinforces all kinds of suspicions and questions about Barr’s actions.

For one, it indicates that Berman believed, in real time, that the attempted forced resignation was indeed meant to install someone from outside his office. Berman said in his June 19 statement that he would continue to pursue his investigations, which was a conspicuous inclusion that many read to suggest that he viewed Barr’s actions as an attempt to stifle them. Berman’s testimony does nothing to discount that. In fact, it lends credence to them.

For two, the inescapable implication of Berman’s testimony is that Barr lied. How else can you reassert your position that you won’t resign after 7 p.m. on a Friday and then have Barr announce, less than two hours later, that you resigned? Berman describes significant pressure and a belief that this was meant to install someone from outside his office. That suggests Barr thought he could force Berman’s hand — perhaps because Berman might worry about how being fired would look, as Barr allegedly indicated to him.

And third, it reinforces the entirely haphazard appearance of this. Did Barr really think that the guy who so firmly resisted these entreaties would just give in to this apparent gambit? Berman’s testimony indicates he sniffed out an attempt to bypass Strauss as his replacement and pushed back. He also suggests Barr seemed to have little familiarity with Berman’s actual qualifications to take over the DOJ’s Civil Division. Was there no homework done on whether Berman would be qualified for — much less interested in — this other job?

That’s an entirely logical conclusion, given that Barr also didn’t seem to do his homework on nominating Clayton. Shortly after that was announced, Senate Judiciary Committee Chairman Lindsey O. Graham (R-S.C.) indicated that he would abide by the long-standing practice that U.S. attorney nominees had to be cleared by their home-state senators. And that was never going to happen with Clayton, to whom Sens. Charles E. Schumer (D-N.Y.) and Kirsten Gillibrand (D-N.Y.) quickly objected.

In the end, it looks a whole lot like this effort to push out Berman was a half-baked scheme cooked up in rapid fashion and just as rapidly and poorly executed. And Berman’s testimony won’t do anything to discount the idea that there might have been considerations here beyond wanting to install Clayton — which, for many reasons up to and including those enunciated by Berman, didn’t even make sense in the first place.