In private letter to Redskins, FedEx said it will remove signage if name isn’t changed 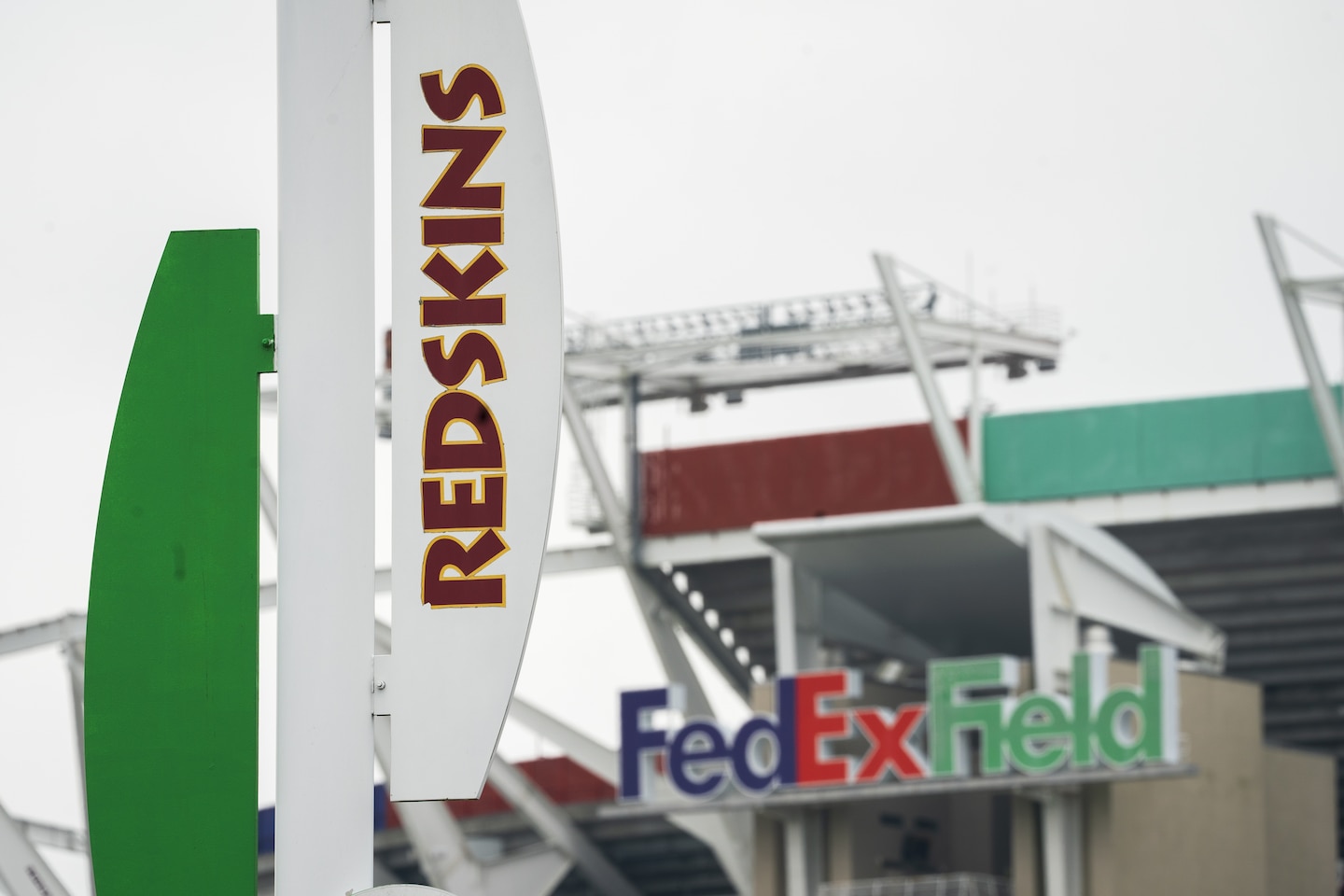 The two-page letter, from the general counsel of FedEx to the general counsel at Washington Football Inc., the corporate name of the Redskins, was emailed the same day FedEx publicly acknowledged in a one-sentence statement that it had communicated its “request” that the team change its name.

The private letter is more detailed and pointed. It noted that the team’s name, which it never cited, poses the risk of harming FedEx’s brand reputation and is inconsistent with its commitment to a more inclusive society.

The contents of the FedEx letter were summarized for The Washington Post by a person who had read it but was not authorized to share it or speak publicly about it.

The removal of FedEx’s name and signage from the stadium would cost team owner Daniel Snyder dearly. Because FedEx is paying its $205 million naming rights deal over time, roughly $45 million is due after the 2020 season, if payments are spread out evenly over the 27-year contract. By citing the risk to the FedEx brand, the letter appears to lay the foundation for terminating the agreement “for cause.” That interpretation, confirmed by a person with knowledge of the letter, means that FedEx wouldn’t pay the balance due after 2020 if the name isn’t changed.

The letter and one-sentence public statement July 2 set in motion the fast-moving events that appear to have forced Snyder’s hand, spelling out in stark relief the dire economic consequences he will face unless he relents on a team name that dictionaries define as a racial slur.

Within hours of FedEx’s actions, Nike removed all Redskins merchandise from its online store. The next morning, the Redskins announced the team was launching “a thorough review” of the name — a step that people familiar with the closed-door talks that preceded it said was expected to lead to a change in the team’s name and logo.

Soon after, PepsiCo., Bank of America and Nike followed with statements supporting the step and a change in team name, as did NFL Commissioner Roger Goodell. All three companies are major corporate sponsors of the Redskins.

Pepsi’s statement indicated that the company had been discussing the issue with team executives “for a few weeks,” adding, “We believe it is time for a change.” Goodell’s statement said he had been in talks with Snyder about the issue over “the last few weeks.”

As paraphrased by the person familiar with its content, the FedEx letter noted that the company was founded on a “people-first philosophy” and embraced and practiced diversity and inclusion. As such, it explained, the company is obligated to its stockholders, team members and customers to ensure that its corporate values were shared by its business partners.

The letter indicated that affiliation with the Redskins’ name essentially jeopardizes all that makes FedEx customers feel favorably toward the company and good about using its services.

As a result, the letter served notice that the company would remove all signage from the field at the end of the 2020 season (two decades into a 27-year naming-rights deal) unless the name is changed.

The letter closed with the hope that a name change would help create a more positive public perception of the team, restore the team’s reputation and lessen the company’s concerns.

For years, Native American groups and others have called on Snyder to change the team name, arguing that it is racist and offensive. Snyder, who bought the team in April 1999, countered that it was a proud part of the team’s heritage and honored Native Americans.

Snyder’s three Redskins co-owners — Robert Rothman, Dwight Schar and Frederick Smith — privately had urged him to change the name for years, according to a person with knowledge of their views. Smith is the founder, chairman and CEO of FedEx.

Until recent weeks, there was no evidence of a fracture among the Redskins’ owners. Nor was there evidence that the team’s name was unacceptable to FedEx, the team’s other major sponsors, Goodell or the NFL’s 31 other owners.

But the May 25 death of George Floyd, an unarmed black man, while in custody of Minneapolis police brought the issues of police brutality, racial injustice and systemic racism to the fore of the nation. It also triggered a reexamination of statuary, symbols, institutions’ names and corporate logos that many have long regarded as fitting or benign but others regard as symbols of hate and oppression.

The Redskins’ name and logo have become part of that roiling national debate. As CEO of major corporations take public stands in favor of inclusion and justice, it has become untenable to support those issues on one hand while bankrolling an NFL team name that represents the opposite to growing numbers.

In Snyder’s case, the prospect of losing FedEx and facing an exodus of the team’s other corporate sponsors proved more powerful than any number of protests or petitions.

All NFL owners share equally in the NFL’s multibillion-dollar national television agreements, which account for the bulk of their revenue. What makes one team worth more than another, in large part, is the additional revenue that individual owners generate via stadium naming rights deals, corporate sponsorships, sales of luxury suites and other stadium-related revenue.

According to annual valuation of sports franchises by Forbes, the Redskins were the NFL’s third-most-valuable team in 2012, trailing only the Dallas Cowboys and New England Patriots,

Since then, the Redskins have slipped to seventh — worth $3.4 billion, according to 2019 rankings by Forbes, overtaken in value by the New York Giants, Los Angeles Rams, San Francisco 49ers and Chicago Bears. With all sharing equally in NFL broadcast revenue, the Redskins’ relative decline indicates that Snyder is losing ground in local revenue. The team’s drop in game-day attendance in recent years underscores that.